There’s Now Only One Blockbuster Left in the US 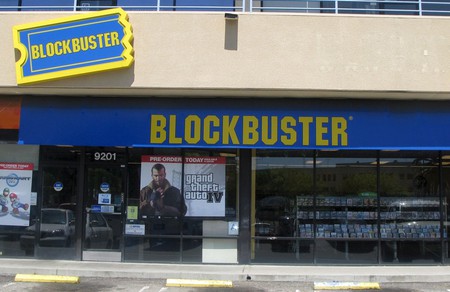 Blockbuster, once a thriving hub of entertainment in towns and cities all over America, is down to its last store. The movie rental store in Bend, Oregon, is now the last of its kind after two stores in Alaska closed in July.

Blockbuster opened its first store in Dallas, Texas, in 1985, and was extremely successful, expanding to 9,000 locations by 2004. But the introduction of movie-streaming services hurt the company’s business model badly, and it never recovered.

To rent a recently released movie, customers can now choose from a roster of services, including Amazon Video, Fandango Now, Vudu, and more, and can watch the movie instantly through streaming rather than having to go to a physical store and pick it up. Other movie and TV streaming services like Hulu and Netflix may not offer as many new releases, but they have huge catalogs of films and boxsets that can also be streamed instantly and accessed via subscription.

Perhaps surprising to some, Netflix began with a physical DVD renting service when it was founded 20 years ago. The rentals were delivered by mail, but Netflix quickly moved on to offer viewing options through streaming. The postal DVD rental service still remains, however, and as of April 2018, had over 3 million subscribers. 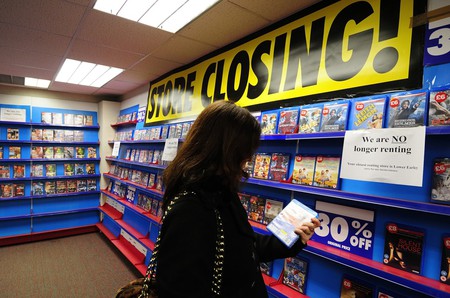 Of the three Blockbuster stores that managed to survive into 2018, two were in Alaska. They remained open as independent stores despite the company going bankrupt in 2010. The Anchorage Blockbuster was the subject of a segment on the HBO show Last Week Tonight With John Oliver. Oliver gave the Anchorage store a jockstrap once worn by actor Russell Crowe in an effort to attract more people to the store.

But the District Manager Kelli Vey told the Anchorage Daily News that the store became an attraction for selfies rather than sales. “I wish they would come in and buy something,” Vey said. “All day long I joke that I need to put a picture of somebody in the window to photobomb them.”

It’s unclear exactly why the last Blockbuster stores were mostly in Alaska, but some have suggested costly and unreliable internet connections mean people in the state have been unable to take advantage of online streaming services. Now that they are gone, the country’s one remaining Blockbuster store in America is in Bend, Oregon.

The Blockbuster story has acted as a warning for companies that are resistant to the changes technology has introduced. It is also a nostalgic reminder of times past. Pretty soon all that will be left of the video rental chain will be those stores memorialized through selfies.