The World's Most Epic Bike Trails to Ride 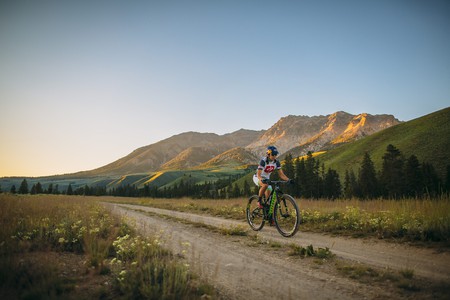 Getting on two wheels is one of the best ways to see the world, and few have the experience to match Rebecca Rusch. The endurance athlete and mountain bike specialist has travelled the globe riding some of the most spectacular trails around, so we asked Rebecca to pick out some of the very best.

We asked Rebecca Rusch to pick out her ultimate bike trails to ride around the world.

Rebecca Rusch (RR): This is one of my favourite rides in the world because the terrain takes you from the jungle to the top of Africa. Kilimanjaro might be the highest peak in Africa – and the tallest freestanding mountain on earth – but that doesn’t mean you can’t ride it. The trail is roughly 4,900 metres and takes you from the base right up to 5,895 metres above seas level. The cycling isn’t for everyone, given how challenging parts of the course are, as well as riding at altitude. Most of the route is doable by bike, but on the last day you’ll need to carry your bike for some of it. The downhill is amazing, so definitely worth the challenge on the way up.

RR: The Ho Chi Minh Trail is a braided network trails that run through Laos, Vietnam and Cambodia and was used as the major supply route during the Vietnam War. While much of the trail has changed, or gone completely, many routes still exist. In 2015 I pieced together a historically accurate route, running 1,200 miles from Tan Ky, near Hanoi, and finishing in Ho Chi Minh City. This entire ride is outlined in the award-winning documentary, Blood Road, that I made for Red Bull Media House. The trail has a varied terrain, from ancient cobble stone tracks to jungle single track, with some remote villages and very few modern amenities along the trail. A bike is definitely the best way to travel in this part of the world and the locals are the friendliest that I’ve met anywhere in the world.

RR: This is my signature event and on my hometown training ground. I launched this ride five years ago because Idaho is my favourite place in the world to ride a bike. I like the area for its beautiful mountain scenery, relaxed atmosphere and wide open spaces. There are two options, a 100-mile or 50-mile gravel road ride, with each exploring the remote Copper Basin and Pioneer Mountains near Ketchum, Idaho. It’s remote and rugged and you’ll be treated to our small town Idaho hospitality.

RR: Stretching 134 miles from Moab, Utah, to Fruita, Colorado, this famous trail takes you from mountains to desert and is one of my favourite one-day rides in the world. Most people do it in a few days and camp along the way, but I decided to do it as fast as possible, self-supported and see if I could break the record. A broken finger, broken bike light and many hours later, I passed out exhausted and happy from all of the great riding packed into one day.

RR: This 2,000-mile (3,200km) trail was used by American pioneers to move west and stretches from Missouri to Oregon. It was first made famous in the early 1800s by the Lewis and Clark Expedition, whose exploratory goal was to find and map a route from the Missouri River to the Pacific Ocean. Once established, the route became popular to fur traders, trappers and explorers and soon enough settlers began to migrate to the Wild West to stake out land and find a new place to call home.

I haven’t done this ride yet, but I’m planning to tackle it as my next bike expedition in 2018. I want to see if I can ride the whole thing, but also get to know the history and the people along the trail by riding the entire length of it. Hopefully you can tune in and watch me along the way and I’ll report back when I’ve finished it.