The World's 'Laziest' Country Will Probably Surprise You 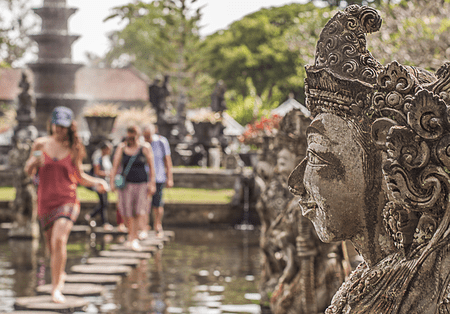 A study of over 700,000 people in 111 countries revealed the average daily steps people take, leading researchers to declare Indonesia laziest of them all.

“The study is 1,000 times larger than any previous study on human movement,” study researcher Scott Delp told BBC. “There have been wonderful health surveys done, but our new study provides data from more countries, many more subjects, and tracks people’s activity on an ongoing basis. This opens the door to new ways of doing science at a much larger scale than we have been able to do before.”

Researchers at Stanford University used smartphone step trackers to monitor the activity of study participants around the world over 68 million days. The findings, published this week in Nature, were ranked from laziest to most active. China was declared most active, with participants in that country (predominantly in Hong Kong) averaging 6,880 steps a day. The least active country, and thus the laziest, was Indonesia, averaging 3,513 steps a day. The global average steps per day was 4,961, with America falling just below average at 4,774 steps per day.

It’s hard to say why Indonesia, along with Saudi Arabia and Malaysia in the second and thirds spots, rank so poorly on the activity scale. However, the fact that these countries take fewer steps does not mean they’re the most obese.

The researchers say that inequality in the way activity was distributed was a pretty good determinant of obesity in that country. “If you think about some people in a country as ‘activity rich’ and others as ‘activity poor,’ the size of the gap between them is a strong indicator of obesity levels in that society,” Delp said.

Obesity levels and number of steps taken were not directly related, which is why the United States didn’t land at the bottom of the list. No matter their weight, people in walkable cities tended to be more active. “In cities that are more walkable, everyone tends to take more daily steps, whether male or female, young or old, healthy weight or obese,” study researcher Jennifer Hicks told USA Today.