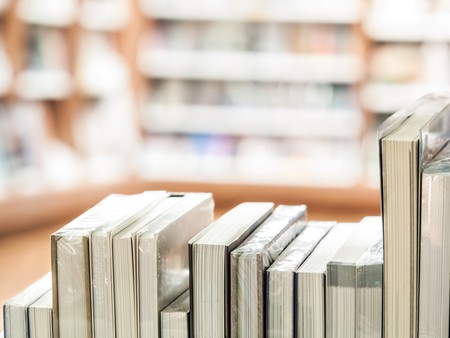 From massive independent bookstores to grand libraries to fascinating events and festivals, these cities are brimming with literary activities for every bibliophile. Read Culture Trip’s guide to find out where your book-loving heart will lead you next.

Austin is a lively city that book lovers will thoroughly enjoy. Any visit to Austin must include a stop at BookPeople, an independent gem voted best bookstore in Austin for over 15 years. With two floors, bibliophiles can spend hours on end perusing the shelves for the next book they plan on devouring. The city also hosts several events throughout the year, including the Texas Book Festival, which represents many authors and genres, and delights everybody who visits. The Harry Ransom Center, which features literary exhibits, is another must-visit for book lovers. 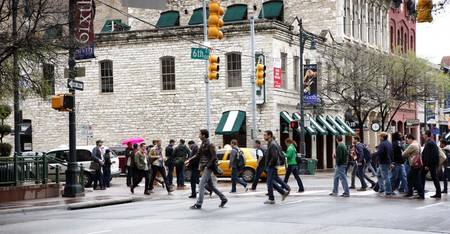 BookPeople is the largest independent bookstore in Texas | © GSPhotography / Shutterstock

So many incredible authors – including Jack Kerouac, Edgar Allen Poe and Sylvia Plath, to name but a few – are associated with Boston, whether it be their place of birth or where they lived and found inspiration. With so much talent coming out of this city, it’s unsurprising that Boston has a wonderful literary scene to explore. Today, the city features many libraries, including the venerable Boston Public Library, and bookshops providing book lovers with hours upon hours of curiosity. One of the must-visit bookstores is the Brattle Book Shop, which deals in used books, making it an ideal stop for customers on a budget. 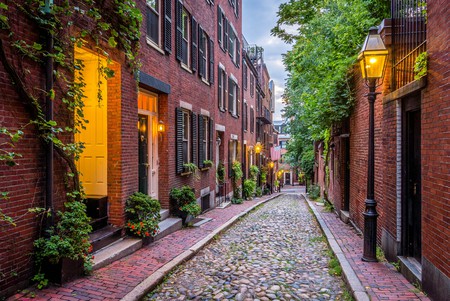 While Charlottesville may not be as large as many of the cities featured on this list, the home of the University of Virginia offers a lot of literary activities, making it a great destination for readers. There are various writing classes offered for budding authors, exciting events, including the annual Virginia Festival of the Book, which features exhibits, panel discussions, readings and much more, plus the town has bookshops sure to stimulate the mind of any book lover. Daedalus Bookshop, which features used books in many genres, is one highlight found in Charlottesville. 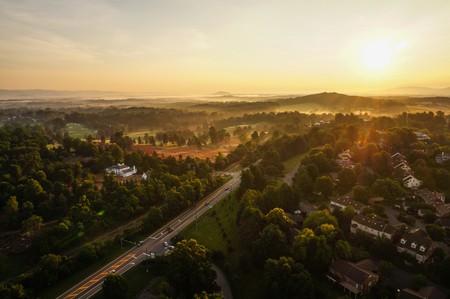 The literary scene in Iowa City is thriving. Between the University of Iowa, whose graduates and faculty members have earned several Pulitzer Prizes in literature, the celebration of writers and the great bookstores, this college town was the third city to become a UNESCO City of Literature. A wonderful and well-deserved distinction, it is the only City of Literature in the USA, making it a must-visit destination for any book lover. And while the bookstores are not as plentiful as in other cities on this list, the shops they do have are impressive, including the multistory Prairie Lights. 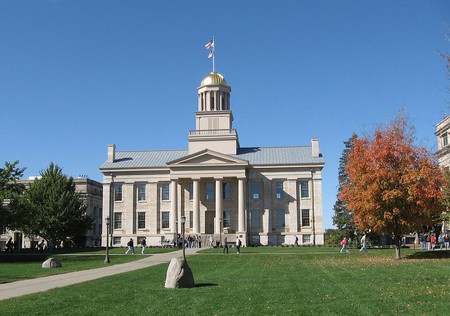 While one might think of filmmaking when it comes to Los Angeles, this California city and its surrounding areas are also a paradise for literary buffs. Dozens of independent bookstores specializing in a wide variety of genres from film to food to travel and more can be found throughout the city. One great option for book lovers is Skylight Books, an eclectic shop showcasing fiction, a variety of art books on film, music, regional culture and history, and much more. Literary events abound throughout the year too, with popular celebrations such as The Los Angeles Times Festival of Books, which is the largest book festival in the country. 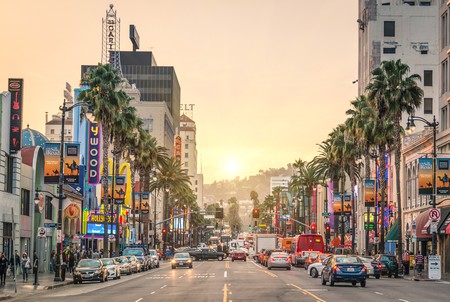 The birthplace of iconic authors Anne Tyler and F Scott Fitzgerald, Minneapolis and St Paul – also known as the Twin Cities – have a great literary history. It still has an impressive reputation today, with Minneapolis being named the most literate city in the USA, knocking Washington DC into second position. Home to small presses, the area also features several independent bookstores that will delight any book lover. For the largest selection of books sold by an independent dealer, visitors will want to head to Magers & Quinn Booksellers, which sells a variety of new, used, rare and collectable books. Literary tours are offered as well, including a walking tour of the area where Fitzgerald grew up. 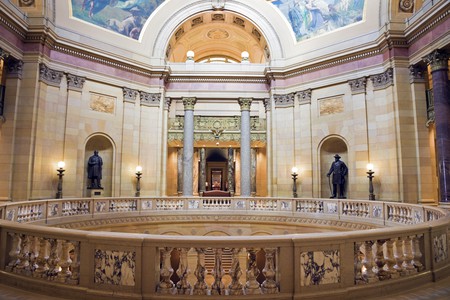 New Orleans counts Tennessee Williams, William Faulkner and Anne Rice among its former residents. This diversity has given rise to an intriguing place where book lovers can explore the city’s past and the present. Bibliophiles can meander the streets of the French Quarter, where they will find charming old bookstores – such as the cozy Faulkner House Books — at which to spend hours combing the shelves for rare finds, or they can frequent one of the stimulating literary events held throughout the year. For example, the New Orleans Literary Festival, which honors Tennessee Williams’s memory, is an annual celebration that incorporates theatrical and cultural elements. 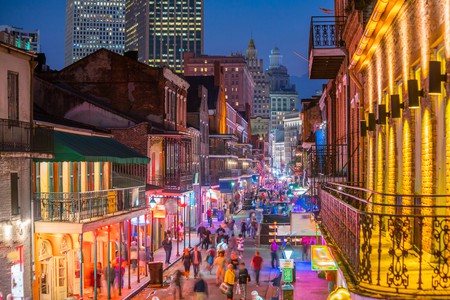 Portland is a beautiful city with something for everyone, from art lovers to foodies to bookworms. From a park displaying sculptures of characters from Portland native Beverly Cleary’s books to independent bookstores big and small, this Pacific Northwest city is brimming with literary landmarks. Bookshops of all sizes are thriving, proving that residents and tourists alike love their books. One of the most popular choices for books in Portland is Powell’s, and it is easy to see why — the store stocks more than 1 million books, ensuring that there is something for every reader. 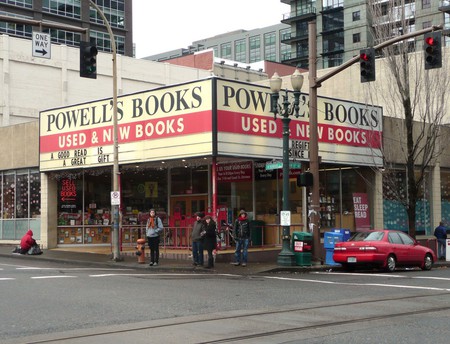 New York City is the largest city in the USA and it should therefore come as no surprise that it’s a book lover’s paradise. The city is home to numerous great publishing houses, incredible libraries – the New York Public Library is a must-visit – plus many fantastic independent bookstores that will keep bibliophiles busy for days on end. Cookbooks, children’s books, fiction, non-fiction, travel – the subjects showcased throughout the city are endless. For those short on time, Strand, one of the best-loved independent stores, boasts “18 miles” of books, including new, used and rare varieties, making it a great one-stop destination. 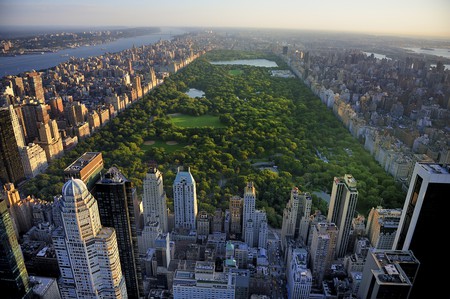 The City by the Bay has long been a popular destination with bibliophiles. For those book lovers with an interest in the Beat Generation, the North Beach area is not to be missed. Head to City Lights, the iconic independent bookshop brimming with books on world literature, the arts and progressive politics, before exploring the neighborhood to find hangouts that were popular with Jack Kerouac and his contemporaries. San Francisco also has an outstanding nine-day literary event known as Litquake, which is the largest independent festival of its kind on the West Coast. 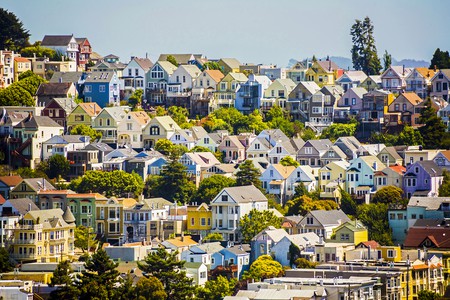 San Francisco, the City by the Bay | © Jorg Hackemann / Shutterstock

Pacific Northwest gem Seattle is brimming with independent bookstores that will delight anyone’s imagination. While many of them are general bookshops with something for everyone, there are several specialty shops with a specific target group in mind. Readers visiting the Emerald City will find a variety of unique bookstores dealing in everything from mysteries to cinema to anti-authoritarian to travel and much more. A book lover’s visit to Seattle would not be complete without stopping by the Elliot Bay Book Company, an iconic establishment featuring approximately 150,000 books. 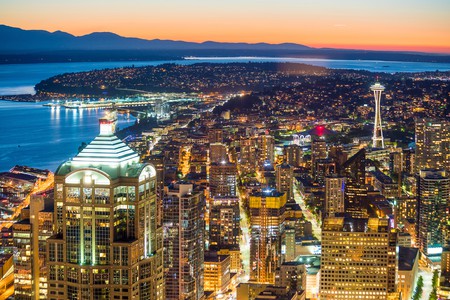 Best known as a political hub and the nation’s capital, Washington DC is also a great destination for any lover of books. A bibliophile’s paradise, the Library of Congress – with its collection of over 160 million books and other materials – is the largest library in the world and every year since 2001, it has presented the National Book Festival. A one-day event with best-selling authors giving talks, panel discussions, book signings and more, the festival is one of the best literary celebrations in the USA. Independent bookshops abound too, with Politics and Prose, which is known for its great selection of events, being one highlight. 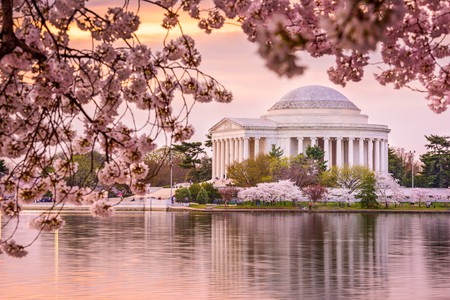