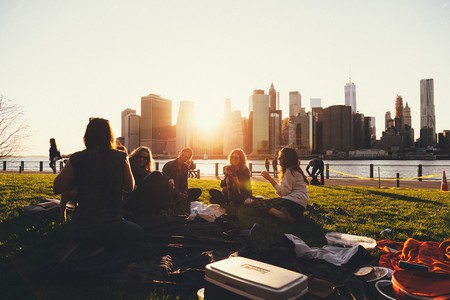 When you live in New York, where rent alone will set you back an average of $3,109 a month, it can be difficult to believe the whole “money can’t buy happiness” thing. Now researchers have pinpointed the exact amount it takes to buy happiness in this city, and the magic number is $105,000 a year. Earn a more modest salary than that? Then Atlanta may be the smartest move to boost your overall life satisfaction.

Gallup and health company Sharecare teamed up to interview 350,000 Americans from across the country about their emotional wellbeing, then measured their answers against their annual incomes. Once the results were in researchers ranked 12 metropolitan areas based on the amount of cash needed to reach peak happiness in that particular city.

Atlanta had the lowest threshold, with residents experiencing happiness at $42,000 a year. Then came Chicago, Dallas, Phoenix, Washingon DC, and Miami — all of which require a salary of $54,000. Boston and Houston worked out at $75,000, and those whole lived in New York, Los Angeles, Seattle and Philadelphia needed the most money — $105,000 to be exact.

Why so different? It all comes down to the cost of living, so in a cheaper city you can make a smaller salary go as far as a larger salary does in a more expensive location. 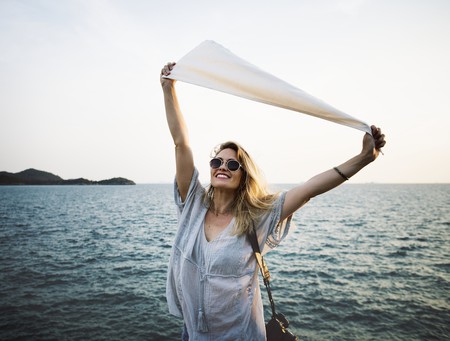 Interestingly, researchers have proven time and again that once all our basic needs are met, plus some wiggle room, excess money has little to no affect on our overall happiness. People who earn $75 million are no more joyful than those making $75,000 — the magic number nationally.

Psychologists believe this is because of a phenomenon called the hedonic treadmill. Most big life events, whether positive or negative, only influence our happiness temporarily. So while you might muse “why can’t I just win the lottery?,”imagining that it would solve all your problems, the ecstasy of winning would actually be transient. Pretty soon you would adjust to your new lifestyle and go back to feeling normal.