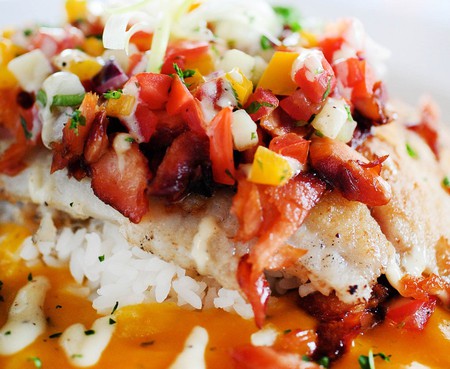 Galveston on the southern shores of Texas was first settled by French pirates fighting with Mexican rebels against the Spanish Empire. Since then it’s been a capital of the Texan Republic, an entry port for thousands of German immigrants in the 19th century, and a major port on the Gulf of Mexico. And with its seafront location it’s a prime place to get quality seafood. Here are 10 of the best places in town. 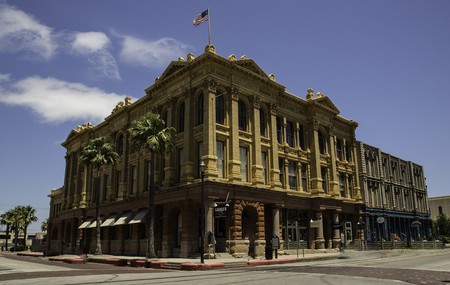 The Pelican Club is the place in Galveston for the five-star fine dining experience. Chef Ross Warhol has trained in some of the most distinguished kitchens in the world and serves up contemporary cuisine using fresh ingredients caught locally in the seas off Galveston. He’s worked in the kitchens of restaurants including the revolutionary El Bulli in Catalonia, The French Laundry in the Napa Valley in California, and Chicago’s Alinea. On the menu at The Pelican Club are starters of creole gumbo with chicken and Andouille sausage and snapper crudo with tostada, avocado, and serrano peppers. Among the entrées are Gulf shrimp with buttered grits, bacon and BBQ sauce, roasted scallops with beef risotto, sugar-glazed salmon, and parmesan encrusted red snapper.

The M And M Restaurant

Restaurant, Seafood, $$$
Facebook
Email
Twitter
Pinterest
Copy link
Share
Map View
The M and M Restaurant and Bar is a Galveston institution that’s survived storms and hurricanes coming in off of the Gulf since it was built in 1844. The building has served variously as a bakery, tobacconist, grocery and saloon before becoming a fine dining spot with an excellent line in seafood. On the menu are dishes like oysters de Gallo and Rockefeller, pecan-crusted snapper, grilled grouper with an avocado cream sauce, glazed salmon in a teriyaki reduction, blacked Mahi Ponchartrain, Jumbo crabcakes, and lobster bisque.

Restaurant, Seafood, Steakhouse, American, Vegetarian, $$$
Facebook
Email
Twitter
Pinterest
Copy link
Share
Map View
On the ninth floor of the Moody Gardens Hotel is one of Galveston’s most prestigious spots for fine dining. Shearn’s Seafood and Prime Steaks is the ideal spot for a special occasion, with magnificent views from the restaurant looking out over Galveston Bay. Executive Chef Robbin Murphy offers a menu that includes hors d’oeuvres like jumbo Gulf shrimp Martini, smoked salmon, sesame encrusted Ahi Tuna, and Jumbo crab salad. And for entrées there is the signature Shrimp Dejonge, catch of the day cooked to your taste, broiled lobster tails, or seared Gulf snapper. 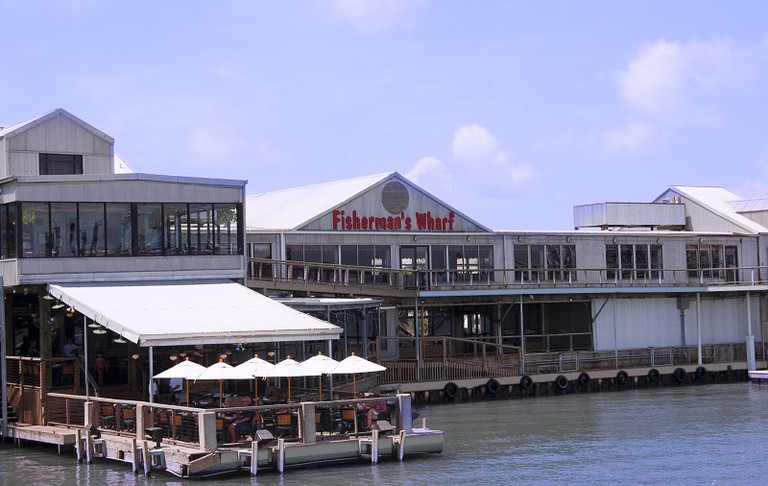 Courtesy of Fisherman's Wharf
The Black Pearl Oyster Bar on 23rd Street in Galveston lies close to local landmarks like The Grand 1894 Opera House and the René Wiley Gallery. At the Black Pearl you won’t have to break the bank to get a good feed. It’s run by local restaurateur Rudy Betancourt and oysters, po-boys and Galveston shrimps are the order of the day. The menu features dishes including fresh oysters on the half shell, Cajun boiled shrimp, seafood ceviche, shrimp cocktail, catfish strips, gumbo, and po-boys made with oysters, crawfish, catfish, or soft-shell crab.

At the Fisherman’s Wharf you can sit back and enjoy fresh seafood while staring out on the Galveston Channel. Based on Harborside Drive next to the Texas Seaport Museum where the 1877 Tall Ship Elissa is docked, the building in which Fisherman’s Wharf lies was once a shrimp sorting factory where Galveston shrimp was brought before being shipped across America. Shrimp were even sent from here to the White House where they were served to then President John F. Kennedy. The appetizers on offer include grilled tuna, oysters, and shrimp ceviche, then there are soups like clam chowder, crab and lobster bisque and shrimp gumbo, and entrées including baked scallops, mixed seafood grill and crab-stuffed tilapia.

Right across from the Opera House on Postoffice Street in the Strand Historic District of Galveston is the Saltwater Grill. They serve up freshly caught seafood, either cooked in the kettle or on the grill. On the menu are appetizers like mussels steamed in chardonnay, BBQ oysters, and fire roasted shrimp. Cooked in the kettle are things like bouillabaisse, gumbo, and Italian cioppino, which is a traditional fish stew. Otherwise you can opt for classics like Redfish Ponchartrain, crawfish etouffee, grilled yellowfin tuna, and seabass.

Restaurant, American, Seafood, $$$
Facebook
Email
Twitter
Pinterest
Copy link
Share
Map View
All the way back in 1911 San Giacinto Gaido opened up a seafood restaurant on the seafront in Galveston. And it’s still here, serving up Gulf shrimp just the way they used to over a century ago. Gaido’s on Seawall Boulevard looking out over the Gulf is just up from the Historic Pleasure Pier and has served dinner to presidents and entertainers like Alfred Hitchcock over the years. On the menu are oysters prepped to your tastes, jumbo crab cakes, house specialities like the famous Gaido’s Gulf shrimp, and platters of catfish, shrimp and the daily catch. The Daily Catch menu normally features fresh salmon, mahi mahi, flounder, and tuna.

Clary’s has been serving up quality seafood in Galveston since 1977. From the restaurant there are superb views over Offatt’s Bayou and back towards the Moody Gardens Hotel. Clary’s maybe doesn’t have quite the same high profile as some of the other seafood spots on this list but the food is reputed to be as good as anywhere in Galveston. Owned and run by Clary Milburn the menu is focused on locally caught crab and shrimp. The shrimp comes flame broiled, fried, baked, or stuffed with crabmeat and then fried until it’s golden brown. And the crab can be grilled, fried or baked with a spicy butter sauce. Or you can get a plate of battered oysters, broiled flounder with lemon sauce, or deep fried scallops. 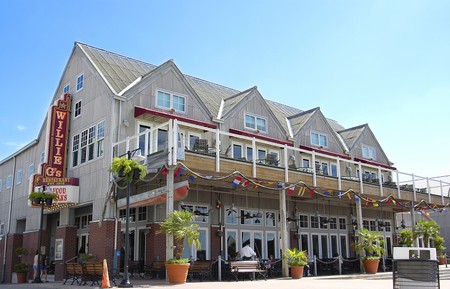 Restaurant, Seafood, $$$
Facebook
Email
Twitter
Pinterest
Copy link
Share
Map View
Willie G’s Steakhouse and Seafood is another top seafood spot on Harborside Drive on the northern shore of Galveston Island. Established in May 1993, there are also Willie G’s in Houston and Denver, but the seafood is at its best at the Galveston restaurant where it’s fresh off the boat. The menu is extensive, you can start with oysters Rockefeller, oysters on the shell, peppered seared tuna rolls, crab cakes and seafood quesadilla or calamari. And there are plenty of gumbos, bisques, and chowders to choose from, along with lobster tails, platters, parmesan shrimp, and redfish Louisianne.

Restaurant, Seafood, American, Mediterranean, $$$
Facebook
Email
Twitter
Pinterest
Copy link
Share
Map View
Run by the Greek-American Kriticos family who has been running restaurants in Galveston for generations, the Olympia Grill at Pier 21 serves up seafood dishes influenced variously by Greek, Creole and Gulf Coast cuisine. The restaurant has been featured in Texas Monthly as one of their favorite places to dine, been awarded a Diners’ Choice Award for 2015 from OpenTable and a Certificate of Excellence from TripAdvisor for the excellent reviews. Amongst the fish dishes on offer at the Olympia Grill are Gulf flounder, Mediterranean baked grouper, seafood Pomodoro pasta, grilled snapper, shrimp etouffee, seared sesame tuna and seafood platter with shrimp, scallops, crab balls and white fish meat.
Give us feedback