The Top 7 Things To Do in Eighth Avenue South, Nashville

Eighth Avenue South is among the best districts for antiques, namely Nashville antiques. However, it’s also picking up and becoming one of Nashville’s newly urbanized parts of town. Following suit with 12 South area, Eighth Avenue is developing new shops, restaurants and sites that encapsulate this unique district. 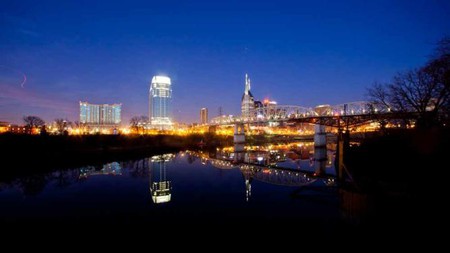 The 8th Avenue Antique Mall is one of the reasons why Eighth Avenue South is known for their antiques (that and the countless other antique shops). However, this mall is the best for finding a surplus and variety of different antiques. From furniture to collectible lighters, the mall is your one-stop antique shop.

Melrose Billiards is an ancient pool hall. It’s the father of Eighth Avenue South, having been around for a handful of decades. Open late, Melrose Billiards offers traditional bar games such as pool and darts. They also have ping pong. Drinks are reasonably cheap, and the atmosphere is authentic and genuinely Memphis.

Prohibition-themed, Pour House offers premiere selection (over 100 different options) of bourbon and beers. Pour House is a new addition to the 8th Avenue S district, adding to the further urbanization of the area. The décor is an upscale prohibition speakeasy, and it offers a hearty meal with an atmospheric experience.

Jerry Seinfeld and Jay Leno have both performed at Zanies, forming a comedy club legacy. Between famous and local talent, Zanies hosts open mic nights from Wednesday-Saturday. Large seating, fully-stocked bar, and a range of talent allows Zanies to be the premiere comedy club in the greater Nashville area.

Voted Best Thai in Nashville, the Smiling Elephant is dedicated – and successful – at serving authentic Thai cuisine right in the South. It’s set in a cottage home, but it dishes out acclaimed Thai food with family-friendly service.

Cafe, Coffee, Tea , American, Vegetarian
Facebook
Email
Twitter
Pinterest
Copy link
Share
Map View
One of the best music venues in the city, Douglas Corner Café is situated right in Eighth Avenue South. It hosts live talent six nights a week, and plays mostly in the range of country to Americana. An extra plus, some of the earlier shows are free of charge.
Open In Google Maps
2106 8th Avenue South, Woodland in Waverly, Nashville, Tennessee, 37204, USA
+16152981688
Visit Website
Give us feedback

Grimey’s is a rare breed in the digital age. Located in the middle of antique row, Grimey’s sells new and ‘pre-loved’ tapes, CDs, and records all for an extremely reasonable price. There’s an endless selection to find everyone’s favorite artists. (Also home to the Basement – a premiere music venue in this area).