The 10 Finest Food Trucks In America

Food trucks have taken over the gourmet food scene in the US. These mobile food-stalls serve delicious meals for a fraction of the price and are changing the way people eat out. We check out the best and brightest American trucks. 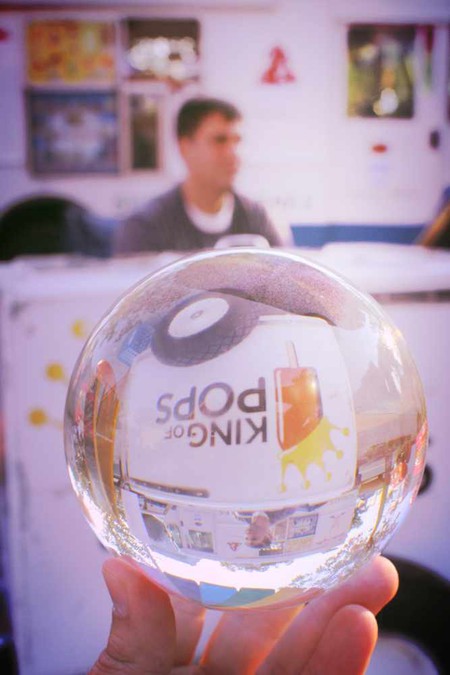 This food truck brings the heat to Hot-Lanta by serving up delicious sweet and savory Latin American cuisine. If you are feeling hungry, you should definitely try their amazing paletas. But if you are hankering for something to satisfy your sweet tooth, then their vast array of popsicles are sure to curb that craving. 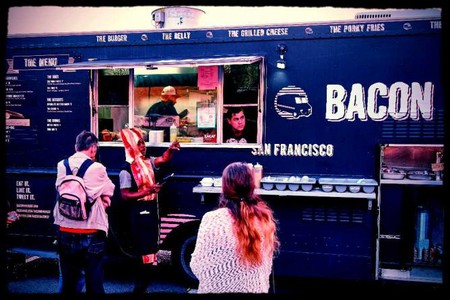 Bacon Bacon serves up pretty much anything you can think of with bacon. From bacon fried chicken, triple bacon tacos or even chocolate covered bacon, this truck is a bacon lovers paradise. They also serve up a delicious burger with sautéed onions and cheddar. 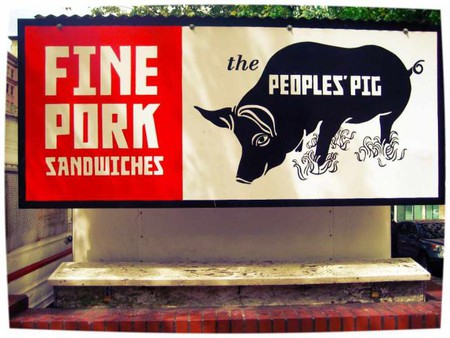 Portland could be considered the hipster capital of the US. They also know where the best food trucks are. In this case, it happens to be the People’s Pig. This truck’s signature dish is homemade porchetta, carved thick and placed on a bun packed with arugula and drizzled with lemon. Their menu is ever-changing. 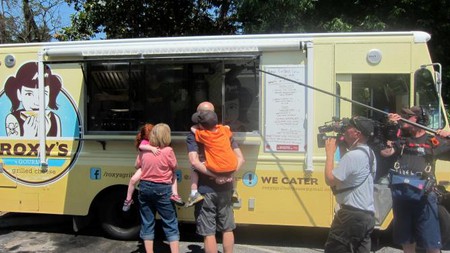 Grilled cheese is an American staple that everyone loves. At Roxy’s, they have upped the ante and created a world-class grilled cheese sandwich that is sure to leave you speechless. Try one of their famous sandwiches with homemade guacamole, apple wood smoked bacon and green Muenster. 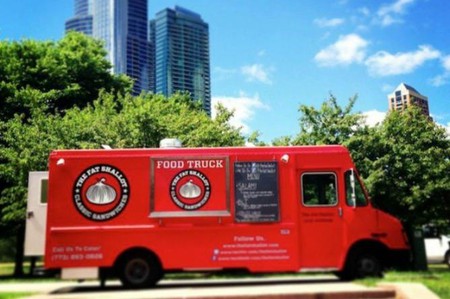 The Fat Shallot is known for serving some of the best sandwiches in all of Chicago. The go-to item on their menu is the pretzel bun salami sandwich. It is served with their incredible homemade truffle fries and giardiniera. The Fat Shallot keeps some pretty interesting hours, so it is best to check their website in order to not miss out. 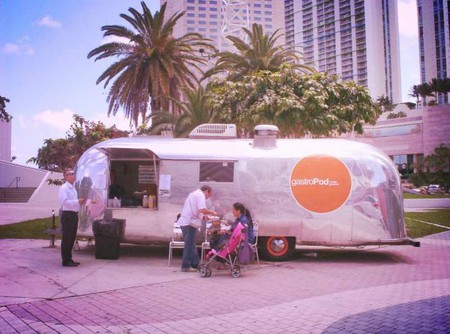 The GastroPod has become a hub for foodies seeking out creative culinary delights. The head chef, Jeremiah, has honed his craft all over the globe and has brought his expertise back to his hometown of Miami. He converted a 1962 Airstream into one of the nations most advanced kitchens on wheels. Some of the highlights on the Gastro menu include the Bánh mì Pork Tacos and the Curry in a Hurry. If you are looking to cool down on a hot day, you should indulge in the Nitro Shake of the Day, which is chilled with liquid nitrogen. 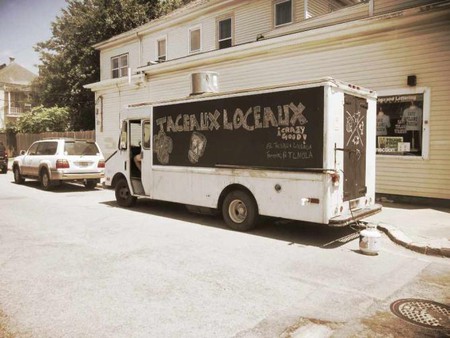 Although New Orleans is known for its creole inspired cuisine, Taceaux Loceaux has broken away from that tradition and has brought Tex-Mex to the Big Easy. This food truck has become a late night fixture for party-goers. Those who just can’t go home without quenching their ‘thirst’ for tacos can choose from the Woke Up in Oaxaca (homemade chorizo with scrambled eggs and crema) or the popular Messin’ with Texas (brisket, cabbage, crema, salsa and radishes).

New York is truly a melting pot when it comes to cultures. One of the original food trucks that separated itself from the rest is El Olomega. They have served classic Salvadoran food for over 20 years. One of their most popular items is the pupusas. A pupusas is a corn tortilla flour stuffed with pork, chicken, shrimp, loroco flower, cheese and beans. Their recipe was passed down from their mother and is a closely guarded family secret. 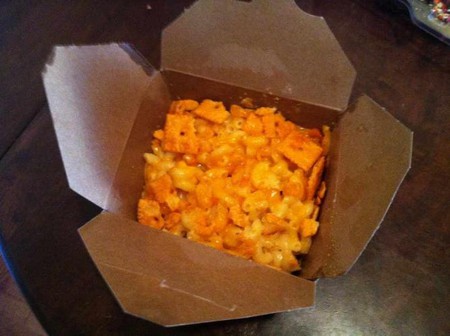 When most people think about what kind of food to get while on the go in Philadelphia, the obvious choice is a cheese steak. At the Mac Mart truck they would beg to differ. They have taken traditional mac and cheese and added a twist to one of the most coveted comfort foods in the US. One of their signature items is the BBQ bowl. In this dish, they added BBQ chicken chunks, corn bread crumble and BBQ drizzle – this amalgamation of flavor is sure to send your taste buds into overdrive. 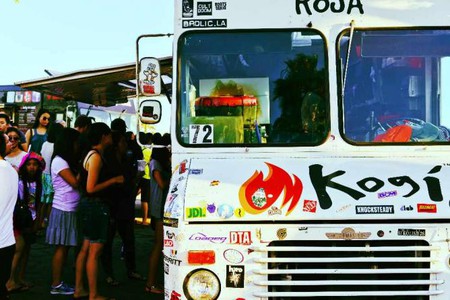 Kogi has become one of the most famous food trucks in the United States and there is a good reason for it. With their unique fusion of Korean Barbecue and Mexican food, they have cemented themselves as the top dog in the food truck game in Los Angeles. Their short rib taco – which consists of two crisply griddled homemade corn tortillas, double-caramelized Korean barbecue, salsa roja, cilantro-onion-lime relish and a Napa Romaine slaw tossed in a chili-soy vinaigrette – is the stuff legends are made of.