The Strangest Sports Records From Around the World 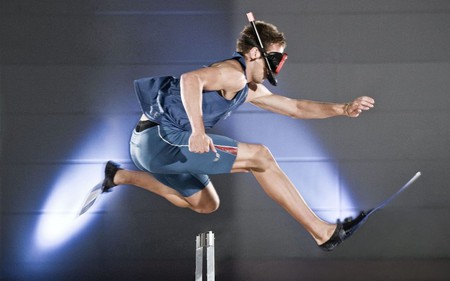 Fastest 50m walking on hands with soccer ball between legs

Zhang Shuang trained for three years to attempt this record, accomplishing the feat without using his feet. Shuang walked 50 meters on his hands with a soccer ball between his legs in a world-record time of 26.09 seconds on April 30, 2016, at China West Normal University in Nanchong, Sichuan, China.

Most Thomas flairs on pommel horse in one minute

This acrobatic gymnastic maneuver, made famous by Olympic gymnast Kurt Thomas, involves the performer balancing on the pommel horse while swinging their legs beneath in continuous circles. Louis Smith, a British Olympian, set the record for most Thomas flairs on a pommel horse in one minute by completing 50 on April 21, 2009. The record was rivaled by Alberto Busnari (Italy) on July 10, 2014.

Elham Sadat Asghari spent nearly three hours swimming off Bushehr, Iran, to set this unique record. Her hands were bound together by police handcuffs as she swam 4.2 kilometers mainly using her legs to propel her body forward. Asghari trained and practiced for a year in Turkey prior to this record attempt. 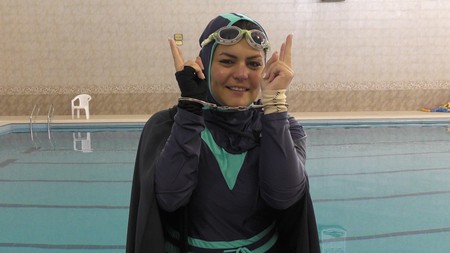 Norman Habri (France) is a circus artist who specializes in freestyle soccer. He spent two years practicing juggling two soccer balls with two feet prior to setting this Guinness record on February 26, 2017 in Paris.

Bernie Boehm (USA) spun a basketball on his finger for 33.25 seconds while surfing waves on the set of Officially Amazing on August 31, 2013, at Ponce Inlet in Daytona Beach, Florida, for this unique record.

Running the 26.2 miles that comprise a marathon has almost become old hat. Now competitors challenge themselves further, doing so pushing baby strollers, juggling, or carrying certain objects. Mikeal Ball ran the 2013 Austin Marathon in Texas in 4:24:13 while carrying two car tires on his shoulders for this record. 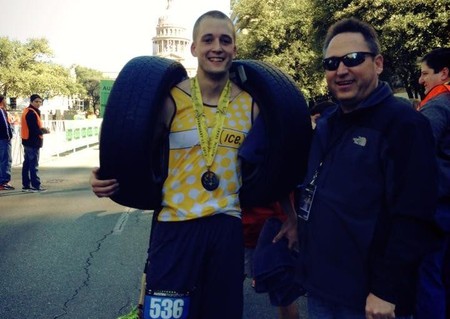 Fastest 100m running on all fours

Four legs are better than two, right? Kenichi Ito (Japan) took to his hands and feet to run 100 meters in a record-breaking 15.71 seconds on November 6, 2015, at Komazawa Olympic Park Athletic Field in Setagaya, Tokyo, Japan.