The Rock Is The Biggest Movie Star In The World... And He Should Quit Acting Now

Dwayne Johnson might be the highest-grossing film star in the world, but when did he last make a really good film? In fact, has the artist formerly known as The Rock ever made a good movie? 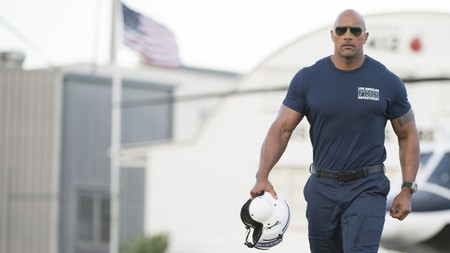 I love Dwayne Johnson. I’ve loved him ever since he got rid of the initially goofy “I’m-so-grateful-to-be-here” gimmick of his pro-wrestling debut and instead started laying the smackdown on all before him.

When Johnson fully embraced The Rock, the arrogant, wise-cracking persona within him, he became a megastar. He was a wrestler perfect for the “attitude” era of the late 1990s, a time that shunned the decades-old mantra of “take your vitamins and stay in school” for a more abrasive message of not giving a damn.

If nothing else, his ability to change character so completely proves that he can act… if he can be bothered.

The raised eyebrow that The Rock would use to express himself became as iconic as anything that has ever come out of the squared circle, and it was inevitable that we would see Johnson try his luck on the big screen.

Unlike many of those before him, Johnson has gone on to score huge commercial success with a string of hits.

He is arguably the most recognisable film star in the world today, and certainly the most successful. The $1,488 billion his films made at the global box-office in 2015 even manage to top the returns made by The Force Awakens.

At last count, he is slated to be starring in 17 films over the the next few years.

He is a chat-show regular and a dream to interview, throwing out crowd-pleasing quotes like they are confetti at a wedding.

He is, to put it bluntly, a phenomenon.

He is also a man who is currently trotting out the same old characters in cliché-ridden crowd-pleasers, wasting his best years making absolute garbage. He should quit the big screen and get back into the ring as quickly as possible. 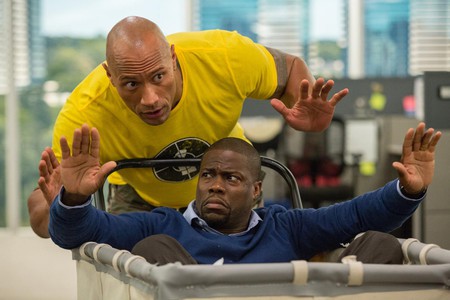 Take Central Intelligence, a recent action “comedy”, which sees Johnson play a rogue CIA agent teaming up with a former classmate played by the walking irritant Kevin Hart. It was formulaic nonsense, that made bundles of cash at the box-office, and has been forgotten about before anyone noticed.

Or at least until the inevitable sequel is announced.

So I go back to my original question, what was the last good film Dwayne Johnson made?

He’s been in gargantuan hits like San Andreas and Fast and Furious 7, but would anyone actually call these films “good”?

I enjoyed his first outing as the gruff Hobbs in Fast Five, but he was hardly the star in that, joining an already successful franchise as a bit of muscle to square off against Vin Diesel. He’s basically played the same character for his whole career, and it’s getting tedious.

Of all his starring vehicles, the underrated Faster is probably the only one in which Johnson has extended himself in the slightest.

When Johnson used to wrestle, he would change up his character. Once the crowd warmed to his brash egotist, he decided to play to the galleries and become a good guy. When fans began to jeer him, he turned on them and revelled in his burgeoning Hollywood status.

That was back when Johnson limited himself to no more than a couple of films a year. He split his time between L.A. and the WWE. It was all going so well, and he even allowed himself the time to take on interesting characters. Sure he made some stinkers (anyone care to remember the godawful Mummy spin-off The Scorpion King?), but he also took on some challenging parts.

Can you imagine modern-day Johnson taking on the role of a gay Samoan bodyguard as he did in 2005’s Get Shorty sequel Be Cool?

The other inescapable fact is that the world of WWE and pro-wrestling badly need him back.

Viewing figures and live audiences are in rapid decline and the product as a whole is in a sorry state. Gone are the iconic characters we grew up with, yet unlike others, The Rock could still easily cut it in the ring. Johnson started early and left early, so at the age of 44 he is in great shape for a lengthy run in the sport were he to put on his grappling trunks again. Besides, most of his aura came from the incredible promos he would deliver on the mic, his wrestling skills being only average.

Age should be no problem.

That’s why a break from Hollywood and a lengthy return to wrestling would be the best thing for everyone, especially Dwayne Johnson himself.