The Rise of Female Protagonists in Video Games: Here to Stay? 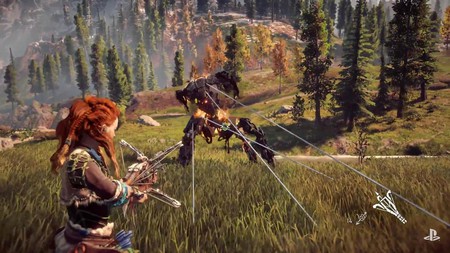 The possibility of a female protagonist becoming the norm in the video game industry has long seemed far off. Coupled with the stereotype that video games are a pastime for men and not women, and the likelihood seems even lower. However women now make up nearly half of the video gaming market and developers like Guerrilla Games finally seem to be responding to that with the promise of a female lead.

Playing as a woman has been possible in video games for a while, especially with role-playing games like Dragon Age or Fallout that are focused heavily on character personalization. In these games players design a character to look, sound and act however they wish, giving women the chance to play as someone who looks more like themselves. However, besides role-playing games, until recently the few women in video games have been portrayed more as eye candy for men, and less as real people, with even less of these women embodying a lead role.

Take Lara Croft, the face behind Crystal Dynamic’s Tomb Raider series. Ubiquitous among gamers and non-gamers alike, Lara has long served as the lonesome female protagonist in the triple-A (highest budget and production quality) video gaming industry. Known for her sexualized outfits that offered nothing in terms of protection, she was a simplistic character working through puzzles to raid tombs, embodying little in terms of realistic women and far more for the male gaze.

But the newest Lara Croft game, Rise of the Tomb Raider is different. Lara is dexterous, resilient, and has the depth and complexity that has been missing since the character was first introduced in 1996. She wears pants to protect herself in the jungle instead of shorts and winter coats in freezing temperatures. Such a choice, though seemingly minor, suggests women in games are now being viewed more for their skill set and not for their bodies.

Unfortunately, Lara and the few other female protagonists such as Faith from Mirror’s Edge Catalyst cannot bear the weight of the role as a female lead forever. In order for more women to feel included in video gaming, future developers looking to create new games must take the risk. Luckily, a few major developers have done just that. 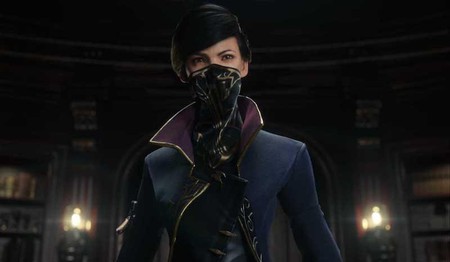 Due to Arkane Studios’ wide success with Dishonored, releasing a sequel to the first game seemed inevitable. Players loved figuring out 80 different ways to assassinate a character and a sequel would promise even more of that. When the game was announced, Arkane introduced a second playable character, the empress Emily Kaldwin. The decision made playing as a woman tempting, even for men, because Emily offered entirely new and creative ways to take down enemies with her new skills like Shadow Walk and Doppelganger.

In 2015, Guerrilla Games, a team known predominantly for their Killzone series announced the action-adventure game Horizon: Zero Dawn, making their main character a woman. In the trailer, gamers are introduced to a beautiful new world, a blend of both the past and the future with robotic dinosaurs roaming around natural landscapes.

As the trailer comes to a close and it switches to in-game play, gamers watch as Aloy, the lead, takes down an enormous dinosaur with a bow and arrow. She is gentle and feminine, yet tough and ruthless at the same time, demonstrating both the masculine strength associated with video gaming and the more feminine sympathies towards creatures and other characters that male protagonists often lack.

Given that video games are a first person, immersive experience unlike any other medium, a female protagonist goes beyond representation. With the rise of games like Horizon: Zero Dawn more women get to experience this sensation of being the leader of an army, appropriately dressed for battle, and being respected. It’s a sensation becoming a reality even outside of video games and an image that seems to be here to stay.