Is #MeToo The Reason Everyone is Talking About 'Cat Person'? 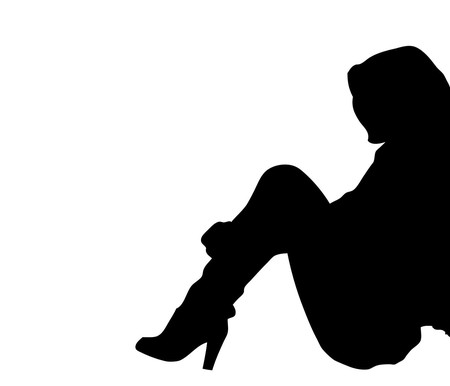 Why did a story about a 20 year-old woman’s awkward dating experience go viral?

This past week, the New Yorker published “Cat Person”, a short story by the writer Kristen Roupenian, about a bad date. Over the weekend, it exploded on Twitter, with the nuance of its characters interactions finding resonance with many women readers. If you haven’t yet read the story, read it now, unless you like spoilers.

It begins in a conventional manner: boy (Robert) meets girl (Margot) at her place of work, an indie movie theater. She’s 20, a college student; he’s older, in his thirties. They begin texting. Eventually, they go on a date. On this date, Margot oscillates between disappointment, unease, and desire. When drunkenness reinforces for the latter, they go back to his place.

What happens next is an uncomfortable account of how it feels to be trapped in an encounter you no longer want to go ahead.

It’s this moment that seems to have hit home with so many women. Halfway through the encounter, the protagonist changes her mind, but is so concerned with not offending her partner that she goes ahead with unwanted sex as a grim inevitability. Many people on Twitter resonated with her situation, with one user describing it as “a private experience our majority has suffered [through]”.

tons of women in my feed are sharing the new yorker “Cat Person” story but not many men; which is unfortunate bc it’s like a secret window into a private experience our majority has suffered thru & if anyone needs to read that shit it’s men.

It’s unusual for a work of fiction to go viral, but in the context of the #MeToo movement and ongoing discussions around sexual assault and consent, it’s not a surprise that this one did. While the male figure in this story isn’t painted as an assaulter (if anything, he’s quite a pitiful figure with a dad bod), it’s the protagonist’s inability to say no, to change her mind and actually act on it, that draws so many parallels with the stories of sexual assault victims. Louis CK’s victims described feeling “paralyzed” as he masturbated in front of them, while women assaulted by Harvey Weinstein recalled wanting to escape without “alienating” the powerful producer. Margot experiences this feeling of paralysis in “Cat Person”, putting the sensitivities of Robert ahead of her own comfort and safety. The author discusses this in a follow-up interview from the New Yorker:

Part of the discussion around the story concerned its misinterpretation as an essay or a work of nonfiction.

imo the weirdest thing abt the cat person discourse is that people are calling it a "piece" or an "article" (???) when it is most definitely a regular degular short story which makes me find the whole phenom interesting in terms of how we think about form & contemporary fiction

Placing “Cat Person” in the context of #MeToo might explain this interpretation, given the numerous long-form accounts of unwanted sexual encounters being published online. Some, however, have been quick to criticize those who didn’t recognize “Cat Person” as a short story right away as “lazy”, with others suggesting that the unprecedented buzz around the story comes down to a widespread disengagement with fiction.

"Cat Person" isn't an essay, or a thinkpiece, or an article, or a blog post. It's a short story. You liked a short story! That's great! But calling it those other things is lazy reading that ignores how powerful fiction can be. Ok thx bye

It’s certainly remarkable that a short story has garnered so much attention, and almost unheard of for it to go viral on Twitter. “Cat Person” has clearly tapped into the cultural zeitgeist, and – as all good fiction should – articulated a feeling that so many have experienced, but have never been able to really put into words.