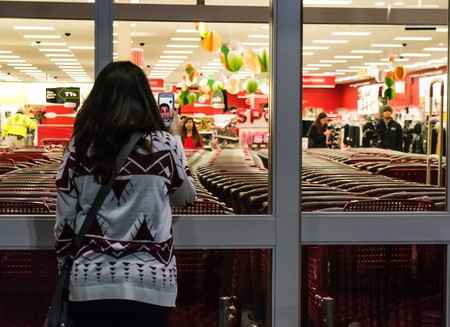 A shopper outside a store on Black Friday | © Powhusku / Flickr

Even an American living under the densest of rocks is likely to know what happens on “Black Friday”—the day after Thanksgiving. It’s the day when retailers across the country compete to lure shoppers to start spending their holiday cash by offering rock bottom prices on everything from apparel to electronics.

But ask the average American where the term comes from, and you’ll likely get confused looks, or at least conflicting explanations. And this uncertainty is understandable, given the plethora of origin stories of this most American of holidays.

Some say the name “Black Friday” in its current, consumerist colloquial context began in the 1960s in Philadelphia and referred to the amount of congestion created by the influx of pedestrians and motorists on the streets on this day dedicated to shopping. A magazine advertisement in 1966 credited the Philadelphia Police with coining the term, which reflected their apprehension and dislike of the holiday’s attendant traffic jams, overcrowding, and general disorder. 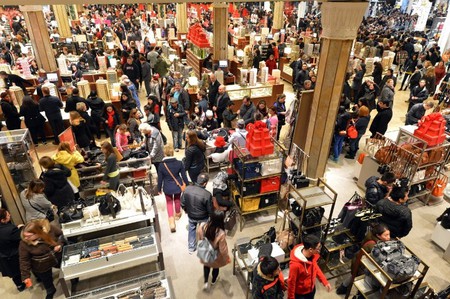 Retailers were understandably unenthusiastic about the negative connotation this name drew to what was supposed to be a big day for them. So after a failed campaign to try and change the holiday’s name to “Big Friday,” they came up with a new meaning for a name they couldn’t seem to shake. The retailers started a campaign to convince the public that the “black” in “Black Friday” actually referred to the day representing a tipping point in stores’ balance sheets, where they went from being “in the red” to turning a profit.

This positive interpretation is the one that has widely stuck, which is especially remarkable given the less-than-illustrious “black days” of the past. The term is also associated with massive market disruptions, such as the Panic of 1869 when the price of gold dropped by 18%, and “Black Thursday,” which set off the stock market crash of 1929 and the Great Depression. The first reference to “Black Friday” in a Thanksgiving context was to refer to workers who called in sick the day after Thanksgiving in order to give themselves a long weekend. 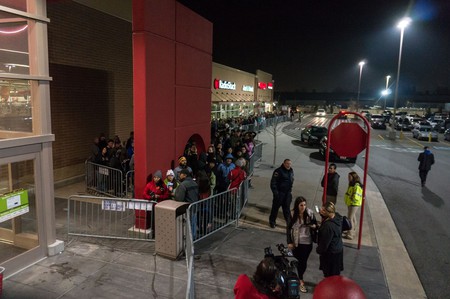 A noxious (and discredited) internet rumor that started in 2013 alleged that the term actually had roots in the antebellum American South, where it was common to sell slaves on the day after Thanksgiving. Among the many reasons that the rumor was so implausible was because Thanksgiving was made a national holiday by Abraham Lincoln in 1863, and would have been ignored by the South until after the Civil War.

Whatever the origin of the name, Black Friday isn’t all about holiday cheer. There have been numerous tragedies associated with the holiday.

Shoppers get hyper-competitive about being first through the doors in order to get the best deals on the most desirable merchandise. This competition has led to numerous incidents of violence, including a shooting over a disputed parking spot outside of a Macy’s to the mass pepper spraying of a crowd by a woman who wanted a competitive edge procuring a discounted Xbox. A security guard at a Walmart was trampled to death in 2013 by a group of frenzied shoppers desperate to purchase cheap flat-screen televisions. An eight-month pregnant woman miscarried because of the same incident.