The One Artwork You Must See in These Bucket List Cities

Sagrada Familia nave roof detail | © SBA73/WikiCommons
So, the time has come for you to cross yet another city off your travel bucket list. Whether you’re pressed for time or your itinerary is overflowing, we’ve chosen one must-see artwork in some of the world’s most popular destinations.

Museum
Switzerland Exhibition Faberge - Jun 2006 | © Alessandro Della Bella/Epa/REX/Shutterstock
Crafted from gold, rubies, diamonds, and white enamel, the First Hen (or Hen Egg) was the first of 50 exquisite Fabergé eggs exchanged amongst the Russian imperial family. Exclusively commissioned by the Romanov royals and expertly crafted by House of Fabergé, the Hen Egg was the first objet d’art of its kind gifted to the Empress Maria Feodorovna by her husband, Alexander III, and can be seen at the Fabergé Museum in St. Petersburg.
More Info
Open In Google Maps
21 Fontanka river embankment, Tsentralnyy rayon Sankt-Peterburg, 191023, Russia
+78123332655
Visit website

Located at the Museo del Prado, The Garden of Earthly Delights is one of the most whimsical works of art on record. When Bosch completed his masterpiece 500 years ago, it terrified and captivated God-fearing audiences with curious creatures and otherworldly vessels. Five centuries on, the timeless triptych’s surreal dreamscapes retain the power to utterly enrapture. 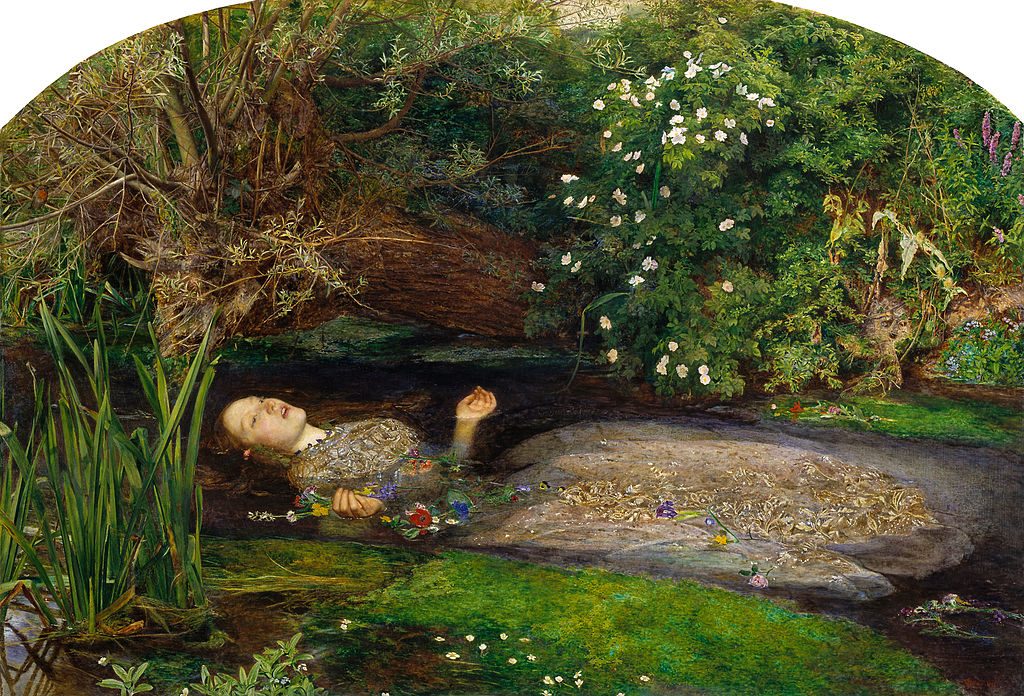 Sir John Everett Millais’ Ophelia depicts Act IV, Scene VII of Shakespeare’s Hamlet, in which Ophelia drowns herself upon discovering that Hamlet (her lover) murdered her father. On view at Tate Britain, Ophelia is an icon of the Pre-Raphaelite movement from mid-19th century England, which sought a return to the natural, spiritual details present in medieval art.

Art Gallery, Building, Museum, Opera House
Piet Mondrian, 'Broadway Boogie Woogie' (1943) | © WikiCommons
Book Now
A visual symphony of blinking lights, Broadway Boogie Woogie captures New York City’s electric spirit. Piet Mondrian fled Europe during World War II, and arrived in New York to find himself completely captivated by the city’s zeitgeist; from the rhythms of jazz to the perpetual motion of stop-and-go traffic. The Dutch painter was a founding member of the De Stijl movement, by which works of art and design were distilled into to their most fundamental essences: shapes and colors, with the je ne sais quoiof a modern visionary. See it for yourself at the Museum of Modern Art.
More Info
Open In Google Maps
11 West 53rd Street, Manhattan New York, New York, 10019, USA
+12127089400
Visit website

Museum
Louvre Pyramid, Paris | © Benh/WikiCommons
Chinese-American architect I.M. Pei’s glass and metal pyramid is a modern Parisian landmark notably (and controversially) juxtaposed with the historic Louvre Museum. The pyramid was commissioned to serve as a new entrance to the museum, but when it was unveiled in 1989, the design was widely criticized for being harshly modern and curiously evocative of death. While some still believe the pyramid is out of place, no trip to Paris would be complete without a visit to the Louvre and at least one photo with its futuristic counterpart.
More Info
Open In Google Maps
Paris, Île-de-France, 75001, France
+33140205050
Visit website 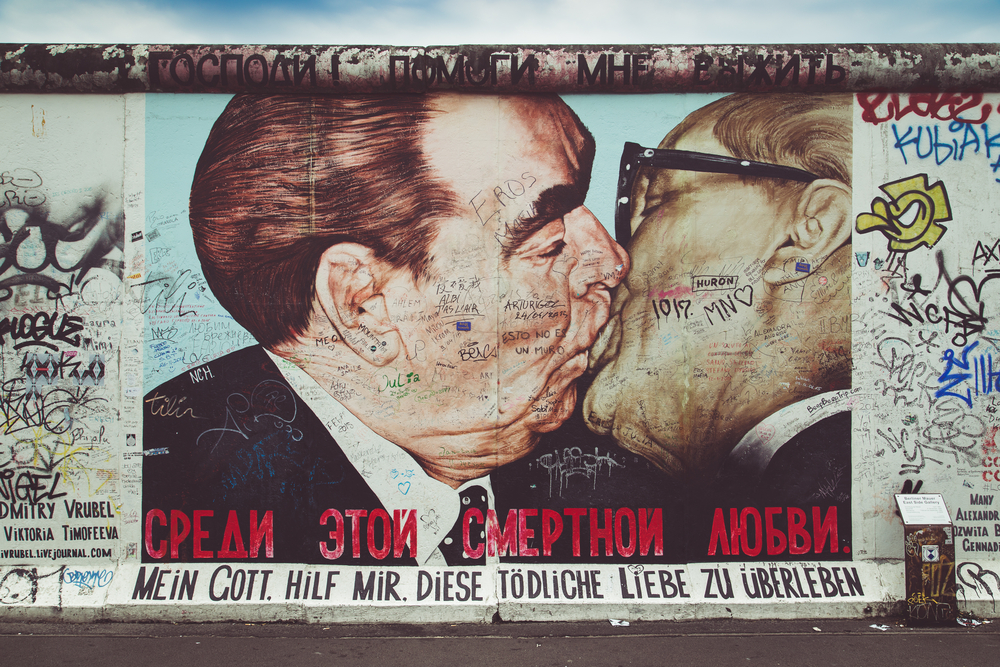 The ultimate symbol of division serves as the German capital’s most important work of collaborative public art. The Berlin Wall was erected in August 1961 to shield the socialist state in the East from Western intervention. The concrete barrier employed as a physical and ideological blockade for nearly 30 years stood strong until November 1989, when free access between borders was finally granted as the Cold War declined. Over two million people stormed the wall to participate in its destruction, but some of the remains are still on view. The East Side Gallery exhibits the longest stretch of the wall, named as such for the preserved murals and graffiti art.

Museum, Park
Gustav Vigeland's The Fountain (c. 1947), Oslo..., Vigeland Sculpture Park, Oslo | © TheoHengelmolen/Pixabay
A stroll through Oslo’s Vigeland Park is nothing short of a surreal experience. The sprawling space exhibits over 200 sculptures by Norwegian artist Gustav Vigeland, who portrayed exclusively nude subjects in some rather unusual positions. A highlight of the park is The Fountain, surrounded by 20 peripheral sculptures depicting the stages of life, from birth to death—a central theme that ties all of his sculptures together.
More Info
Open In Google Maps
32 Nobels gate, Frogner Oslo, Oslo, 268, Norway
+4723493700
Visit website

A stunning combination of Art Nouveau and Symbolism, Gustav Klimt’s The Kiss employs an arresting confluence of geometric patterns with natural adornments and a timeless sentiment. Painted during the Austrian artist’s so-called “Golden Period,” Klimt’s magnum opus is on view in the Österreichische Galerie in Vienna’s grand Belvedere Palace.

Though it remains unfinished nearly a century after Antoni Gaudí’s death, the Sagrada Familia is widely regarded as the Catalan architect’s most important work. Standing tall at the harmonious convergence of art, architecture, religion and nature, the Spanish temple is a prized landmark that is hopefully due for completion, under the guise of architect Jordi Faulí, in 2026—100 years after Gaudí’s death.

Marino Marini’s sexually-charged sculpture greets the Grand Canal with arms outstretched. Part of Peggy Guggenheim’s landmark collection of modern art, The Angel of the City depicts a figure in euphoria atop what appears to be a stunted, strained horse. The sculpture is not only a must-see as a seminal work by the celebrated Italian artist, but for its breathtaking location on the bank of the Grand Canal. 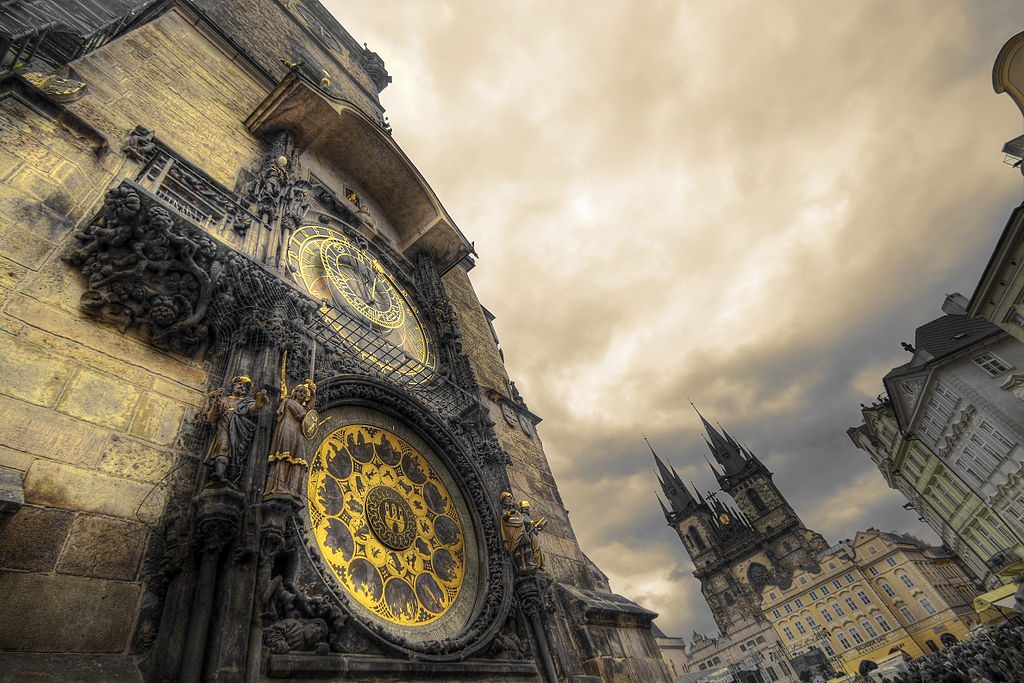 Also known as the Prague orloj, the Prague astronomical clock is the oldest of its kind still in operation. Installed on the southern façade of the Old Town Hall, the mechanism is comprised of an astronomical dial, a procession of Apostles, and a calendar dial, adorned with Gothic sculptures. Every hour, tourists gather to witness the clock’s mechanical performance, which has served as a medieval wonder for over 600 years. 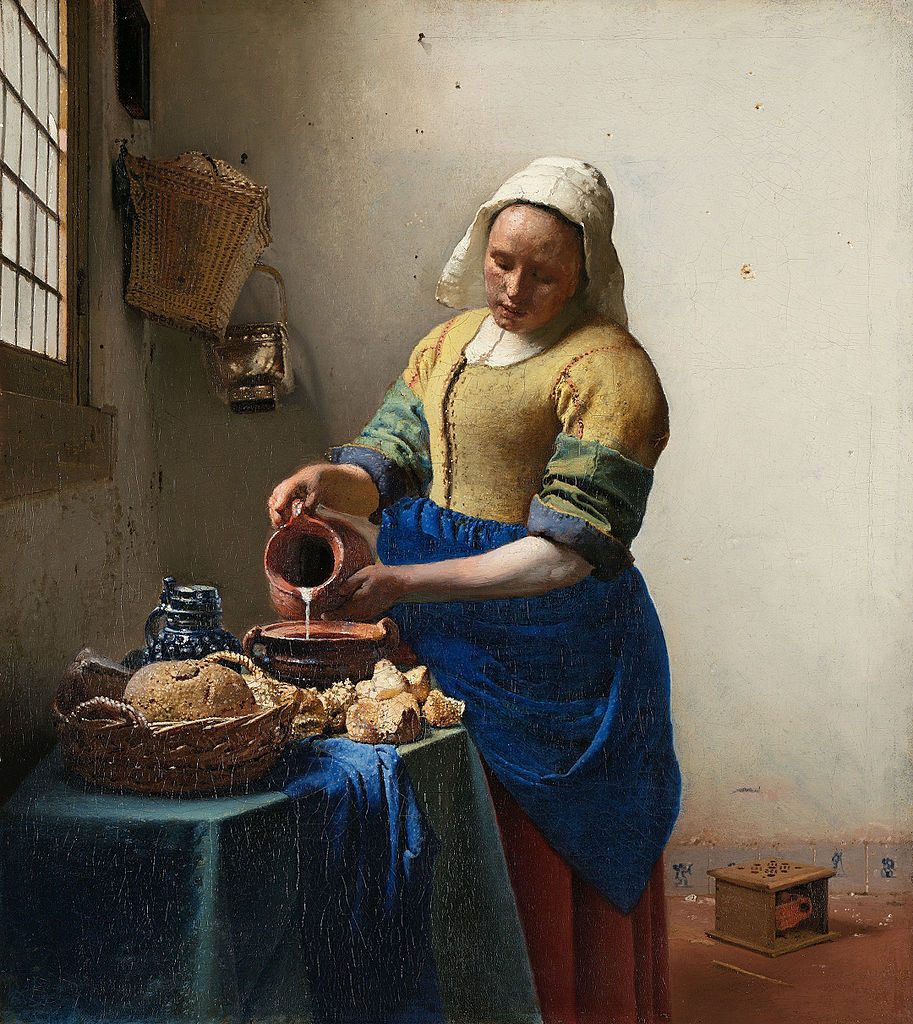 One of only 34 authenticated paintings by the celebrated Delft painter Johannes Vermeer, The Milkmaid is a luminous composition depicting a young domestic servant carrying out her kitchen duties. Vermeer is regarded for his exceptional attention to detail, which consistently lends a photographic quality to his oeuvre. A staple artwork of the Dutch Golden Age, The Milkmaid is a Rijksmuseum highlight. 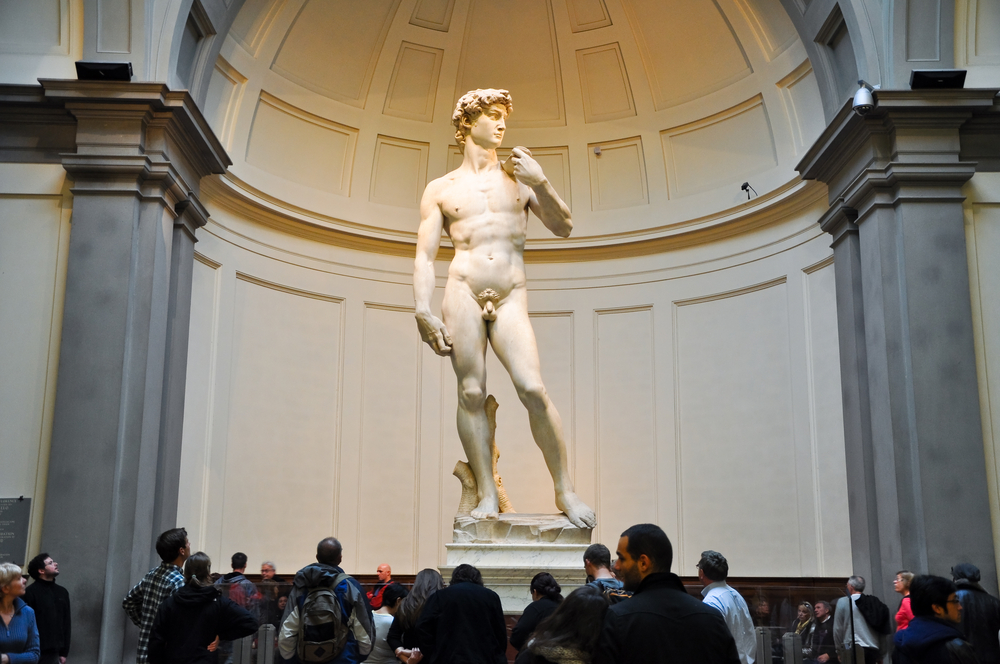 Forged from a singular block of white Carrara marble, Michelangelo’s depiction of the Biblical hero as a standing nude is a must-see at Florence’s Galleria dell’Accademia. Pensive, David prepares for his legendary battle with Goliath, his eyes gazing towards Rome. Sculpted at a time when Florence was threatened by rival city-states and powerful families, a then-26-year-old Michelangelo made history with his breathtaking portrayal of the male form.

Want more art inspiration? These American artworks were so controversial they shocked the world!