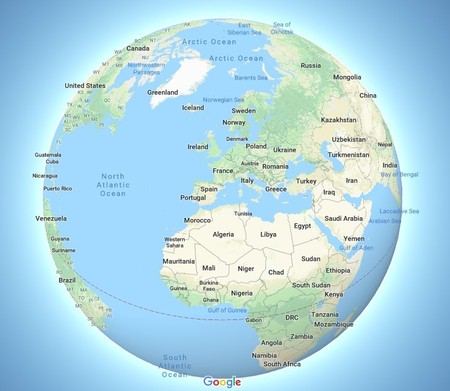 Google has added an explorable 3D view of the globe in its latest Google Maps update, radically changing the apparent size of countries and continents around the world.

Google Maps now zooms out to show a 3D view of the globe, rather than a flat ‘Mercator’ projection.

While Mercator maps present accurate country shapes, they enlarge regions that are farther away from the equator.

For example, in the Mercator projection, Greenland appears comparable to (or larger than) Africa, a continent 14 times greater than it in size. Now, “with 3D Globe Mode on Google Maps desktop“, this is no longer the case.

The Mercator projection, created in 1596 by German-Flemish geographer Gerardus Mercator, places Europe directly in the centre of the map, with both the United States and Europe appearing larger than they really are in comparison to Africa and South America.

Critics point out that while the projection was useful for European seafarers, its use in 21st-century visual representations may be less appropriate owing to the geopolitical implications that come with it. In the book Unthinking Eurocentrism, authors Ella Shohat and Robert Stam write that, in the Mercator projection, Europe “is seen as the unique source of meaning, as the world’s center of gravity, as ontological ‘reality’ to the rest of the world’s shadow.” 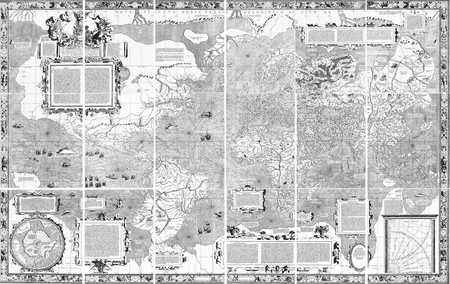 While Google didn’t offer any cultural reasoning for its update, the new 3D globe certainly offers a different perspective on the size and centrality of nations around the world.

You can check out the new 3D map for yourself on all major desktop browsers, including Chrome and Firefox. The update is not yet available on mobile.

For more on the complex cultural significance of maps, check out the beautiful and controversial maps that changed the world forever.