The Most Unique Food-Related Runs in the United States 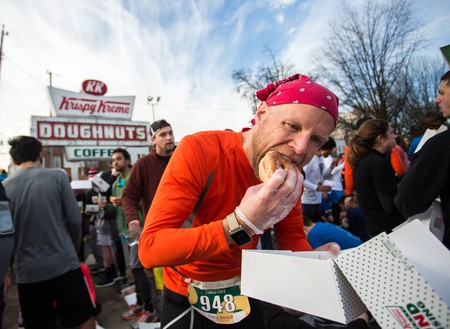 Running can be boring to some. It’s partially why there have been a slew of unique races created around the United States and world to appeal to a larger audience. From color runs to beer miles, these races involve more than simply running.

Incorporating food into races has also been a major trend. Culture Trip takes a look at some of the wackiest and messiest food-related runs and races around the United States.

Run, consume half a pound of bacon, then run some more. That’s the objective of the Bacon 5K Challenge held in Allentown, Pa. The 2017 race will be the race’s fourth edition, having had more than 1,000 participants in the prior three years. If the mid-run bacon wasn’t enough, participants enjoy a bacon and egg buffet afterward with juice and fresh fruit. 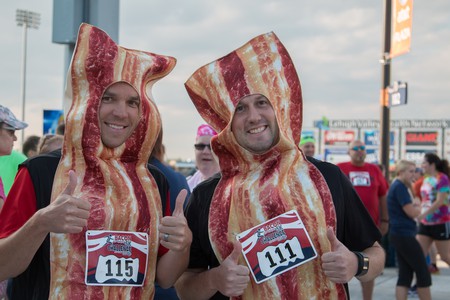 This student-run charity race, that “epitomizes the test of physical fitness and gastrointestinal fortitude”, involves 2,400 calories, 12 donuts and five miles. The race, which started in 2004 as a dare between 10 North Carolina State University students, has become a nationwide event with more than 8,000 participants in 2016. Not only do participants enjoy delicious donuts, but they are helping a good cause with fundraising efforts going toward the North Carolina Children’s Hospital. 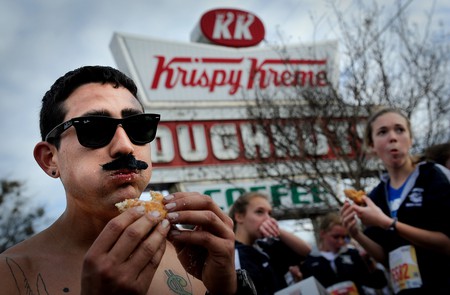 There’s nothing worse than getting a brain freeze from eating something cold too fast. Runners do their best to avoid that pain during the Brain Freezer 5K in Burlington, Vt. Participants run 1.5 miles, down a pint of ice cream, then run another 1.5 miles. Not only do runners get to enjoy their favorite frozen dessert, but all proceeds from the event go toward People Helping People Global, a Vermont-based international organization that provides individuals with small, interest-free micro-loans to start small businesses. 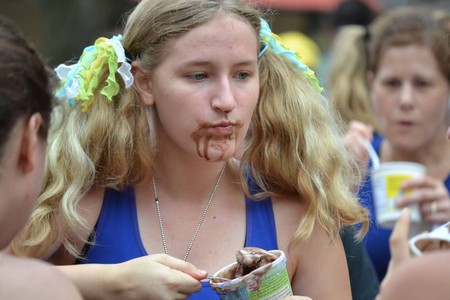 Hot dogs are synonymous with New York City, whether it’s eating a ballpark frank at a Yankees or Mets game or going to Coney Island to witness competitors down as many Nathan’s Famous dogs as possible in 10 minutes each July 4 in the Hot Dog Eating Contest. The New York Hot Dog Challenge is no different. Runners must complete the course, which could be anywhere between three to five miles, and devour one hot dog at each of the 10 hot dog carts encountered on the route. 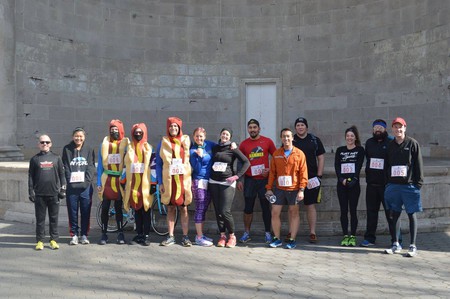 Eat a Twinkie and get faster? Yup, that’s the catch here as runners can eat a Twinkie before the race and/or halfway through the three-mile run, shaving one minute off their time for each Twinkie consumed. As if those Twinkies weren’t enough, participants at this annual April Fools’ Day race in Ann Arbor, Mich., are treated to grilled Twinkies and chocolate following race completion. All proceeds go toward research centers and projects seeking a cure or effective treatment for ALS. 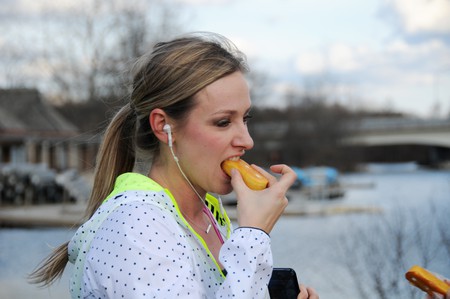 The Donut Dash is literally just that. Participants run two miles to Marie’s Donuts, consume four donuts, turn around and run back two miles. Run, eat, run. Competitive participants must consume all four donuts at Marie’s before the second leg of the race, while more casual racers are able to eat some and bring a doggie bag for post-race consumption. Proceeds go toward Child Life Programs at Sutter Children’s Center & UC Davis Children’s Hospital. 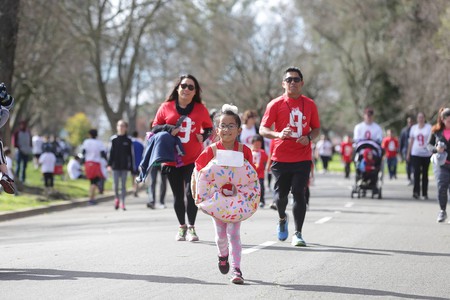 The perfect mixture of the outdoors and ground beef. As part of the Taste of Hamburg-er Festival, the Dine & Dash Burgers & Trail Race is just that. Competitors start by consuming a burger, run a mile, eat another burger and run a mile back to the finish line. The trail is along the scenic Schuylkill River in Hamburg, Pa. Fitting, no? 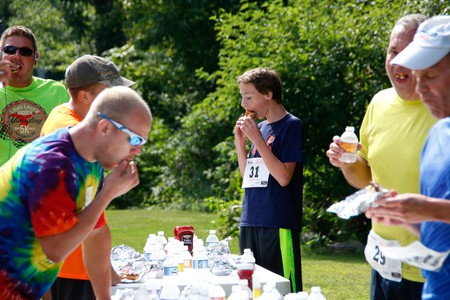 The Circle City Donut Dash 5K in Indianapolis involves running half the race then making a pitstop for a dozen donuts while benefitting the country’s educators via Teachers’ Treasures. The approximately 900 participants have 45 minutes from the start of the race to reach the midway point and consume their donuts. After downing the dozen, runners carry on to complete the race. There is a non-donut 5K for more casual runners, who can enjoy the tasty treats after their race. 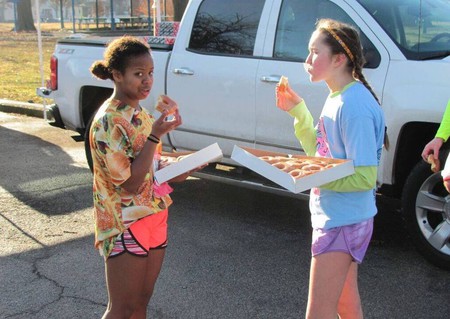