The Most Impressive Elvis Shrines in the United States 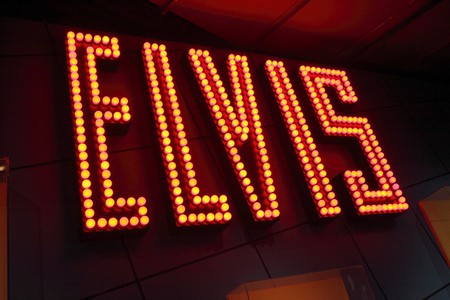 He’s known as “The King” and left behind a legendary musical career that didn’t die when he did. But ultimate Elvis Presley fans are still honoring the iconic entertainer with shrines all across the world. These are the ones that are sure to impress in the U.S. 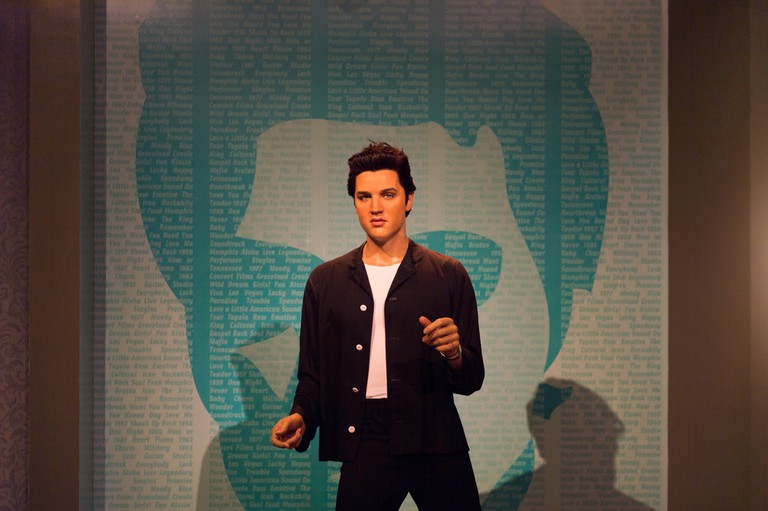 Elvis & Hollywood Legends Museum, Pigeon Forge | © Anton_Ivanov/Shutterstock
Two of Elvis Presley’s closest friends, Donnie Sumner and Ed Hill, are the voices behind the audio tour at the Elvis & Hollywood Legends Museum. For more than 35 years, the museum has led tours. Artifacts and collectibles at the museum include Elvis’ wardrobe, jewelry, automobiles and movie props. There is also a gift shop full of Elvis souvenirs. 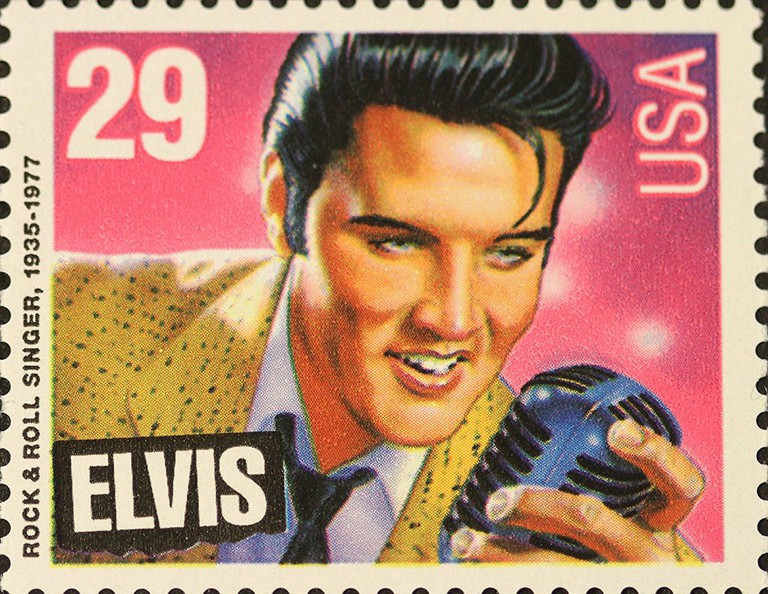 Loudermilk Boarding House & Everything Elvis Museum, Cornelia
Joni Mabe has had an obsession with Elvis since the day he died in 1977. After his death, she started collecting Elvis memorabilia and now has a museum with five rooms of floor-to-ceiling Elvis items. The museum is listed in the Guinness Book of World Records for having the largest and most unique collection of Elvis items – over 30,000 – in the world. Located at the Loudermilk Boarding House, Joni’s Panoramic Encyclopedia of Everything Elvis was opened to the public in 1999.

Some of the items featured at the museum are the Elvis Wart and the Maybe Elvis Toenail. The wart was supposedly removed from Elvis’ wrist by a doctor who later sold it to Joni, and the toenail was found by her in the shag carpet of the Jungle Room at Graceland during a tour in 1983. Also on display is a pair of tickets to an Elvis concert that Joni missed in 1976, instead opting to see Lynyrd Skynyrd. There are tons of Elvis design items like tapestries, clocks and an Elvis postage stamp bedspread showcased at the museum. 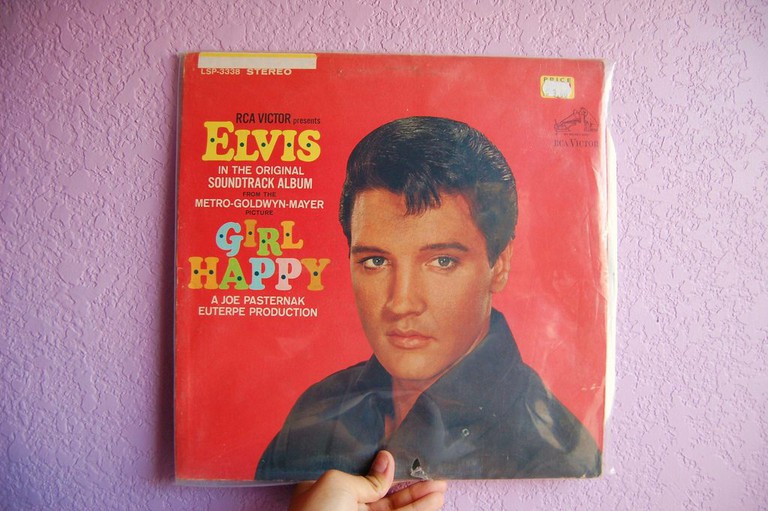 Elvis vinyl record | © Hilda Solis / Flickr
Since 1972, Val’s halla Records has been selling new and used vinyl, CDs and cassette tapes. Then one year, an employee suggested turning the unused bathroom in the back of the store into a tribute to Elvis, since he died on the bathroom floor at Graceland. Now the bathroom acts as a small shrine to The King, displaying black velvet tapestry, a pair of Elvis socks and a collection of articles confirming his reincarnation.

Its origins are not completely known, but the Elvis Presley Shrine is said to be the first shrine ever erected on Aspen Mountain, installed sometime in the 1970s. The shrine includes memorabilia such as a photo of Elvis and President Richard Nixon that was taken in the Oval Office in 1970, a green and white street sign that reads “Elvis Presley Blvd,” and a sign that says “No parking any time, except Elvis fans.” Every year on January 8, fans come to the shrine to commemorate Elvis’s birth. The shrine is listed on an official trail map and is located just over the ridge of Bell Mountain, among the trees.

Shirley Trang is the general manager of Hi-Line community radio and an Elvis fanatic. At the KLTZ office where she works, an Elvis shrine can be found on a lighted series of shelves. A larger collection takes up the entire office. Among the items on display are an Elvis clock, stamps, and Elvis light switch covers. Monogrammed towels with Elvis’s name hang in the bathroom, and leaves that Shirley pocketed from the grounds at Graceland are part of the display. Most of the items in the shrine were gifts that came from friends, strangers and KLTZ’s office manager, Annette “Hootch” Vegge. Shirley offers a special treat for visitors on their birthday; their food is served on the Elvis plates. The Elvis shrine at the KLTZ office has earned the station the title of the “Home of the Elvis Shrine”. 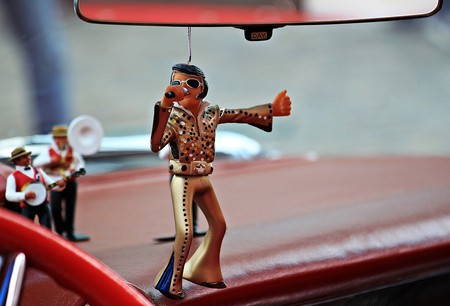