The Midwest's Most Interesting Landmarks

Panorama Point, Badlands National Park | © Martin Kraft/Wikicommons
The Midwest, known as ‘America’s Heartland’, is the US’s eight-state region defined by its manufacturing, industrial, and farming industries. Although the Midwest doesn’t spend too much time in the spotlight, it’s home to breathtaking and diverse landscapes (think the massive Great Lakes region and the vast Northwoods). With a broad terrain comes national monuments, famous landmarks, and astonishing man-made creations unique to the heart of the US; read on to discover the seven most interesting landmarks in the Midwest.

Mount Rushmore, one of the most iconic national memorials in the US, is a massive, 60-foot-high sculpture carved into the cliffside of the Black Hills Mountains featuring the faces of four former American presidents: Washington, Jefferson, Lincoln, and Roosevelt. Discovered in 1884, Mount Rushmore was constructed as a national monument and finally completed in 1939 after a plan was devised in the 1920s to draw tourists to the region. Today, nearly three million people visit every year, with peak season during the first few months of summer. 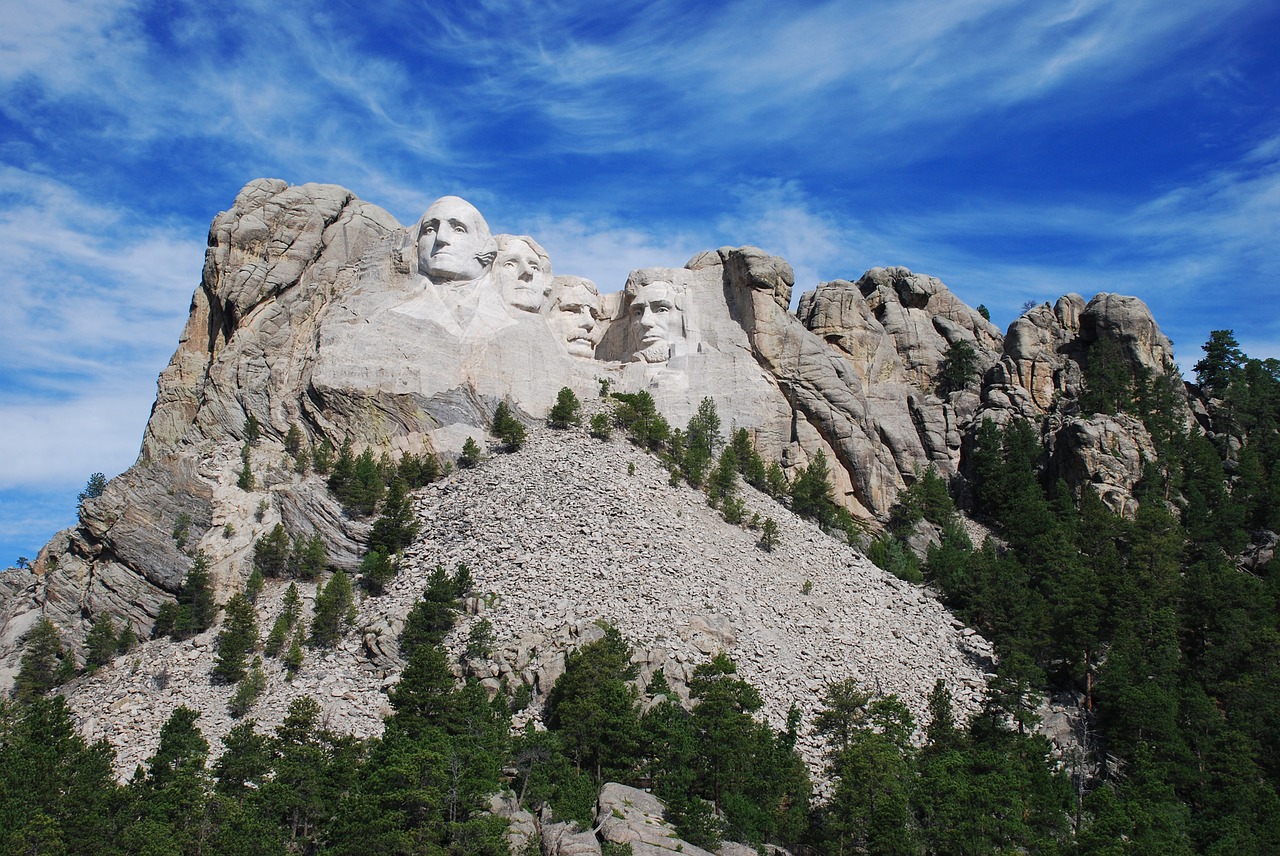 Chimney Rock, a symbol of the great western migration during the 19th century, served as a recognizable marker along the the Oregon, California, and Mormon Trails, but also represented a milestone for travellers. A historic national monument, Chimney Rock is a testament to thousands of years of erosion in the North Platte Valley, composed of layers of volcanic ash and million-year-old brule clay rising 480 feet above the ground (not including its 325-foot spire). Visitors can revel in this majestic geological formation, visit the museum, or learn about the history of the Overland Trails and the significance of Chimney Rock. 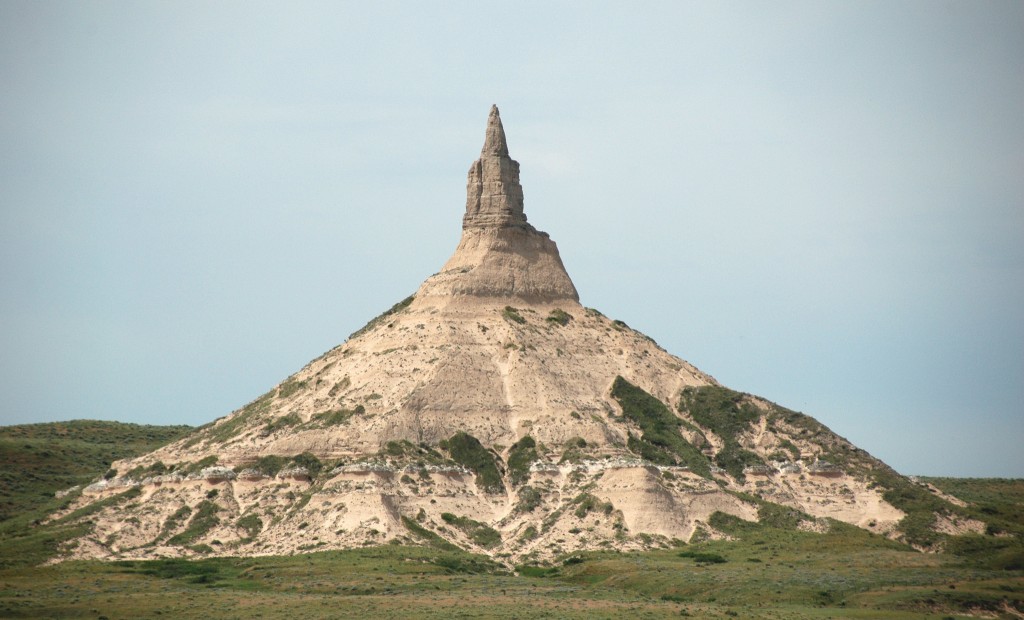 Park
©  Ivan Kuzmin / Alamy Stock Photo
Badlands National Park, an awe-inspiring geological wonder once home to the rhino and saber-toothed cat, is the largest expanse of grasslands in the US, covering nearly a quarter-million acres of wilderness. With strikingly colored spires, buttes, and pinnacles, the Badlands draw in visitors from all over the world to experience the protected wildlife, rugged landscapes, and rich fossil beds bursting with 65 million years of geological history. The park is home to many animals, including bison, prairie dogs, and bighorn sheep; nearly 400 different species of plants; and 69 different kinds of butterflies.
More Info
Open In Google Maps
South Dakota, South Dakota, USA
+16054335361
View menu
Visit website
Visit Facebook page
Send an Email
Give us feedback

Como Park Conservatory, also known as the Marjorie McNeely Conservatory, is a half-acre of gardens and art galleries located on the grounds of the Como Park Zoo. This stunning botanical garden features a Bonsai Gallery, a butterfly garden, a Japanese Garden, a Palm Dome filled with over 150 species of palm trees, a tropical garden featuring plants and animals from Central and South America, along with an array of grasses, flowers, trees, and a native-grass terrace. Head to the Sunken Garden for breathtaking views of the glass greenhouse brimming with colorful flowers and lush foliage. 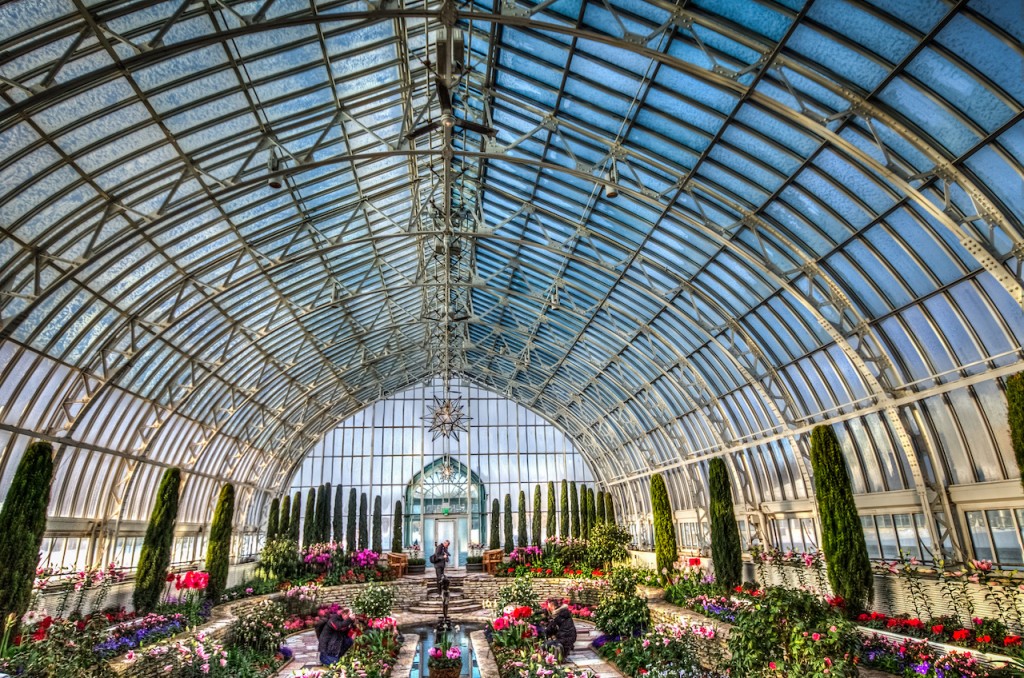 Cave of the Mounds, Wisconsin

Cave of the Mounds, a striking limestone cave in Blue Mounds, is a million-year-old geological marvel boasting beautiful mineral formations called speleothems, including soda straws, flowstones, curtains, lily pads, Oolites, and Helictites, exhibited in a brilliant array of colors from red and brown to blue and gray. A National Natural Landmark, the Cave of the Mounds boasts limestone from over 480 million years ago, and with guided tours available every day, guests can get an up-close experience of Wisconsin’s geological history. 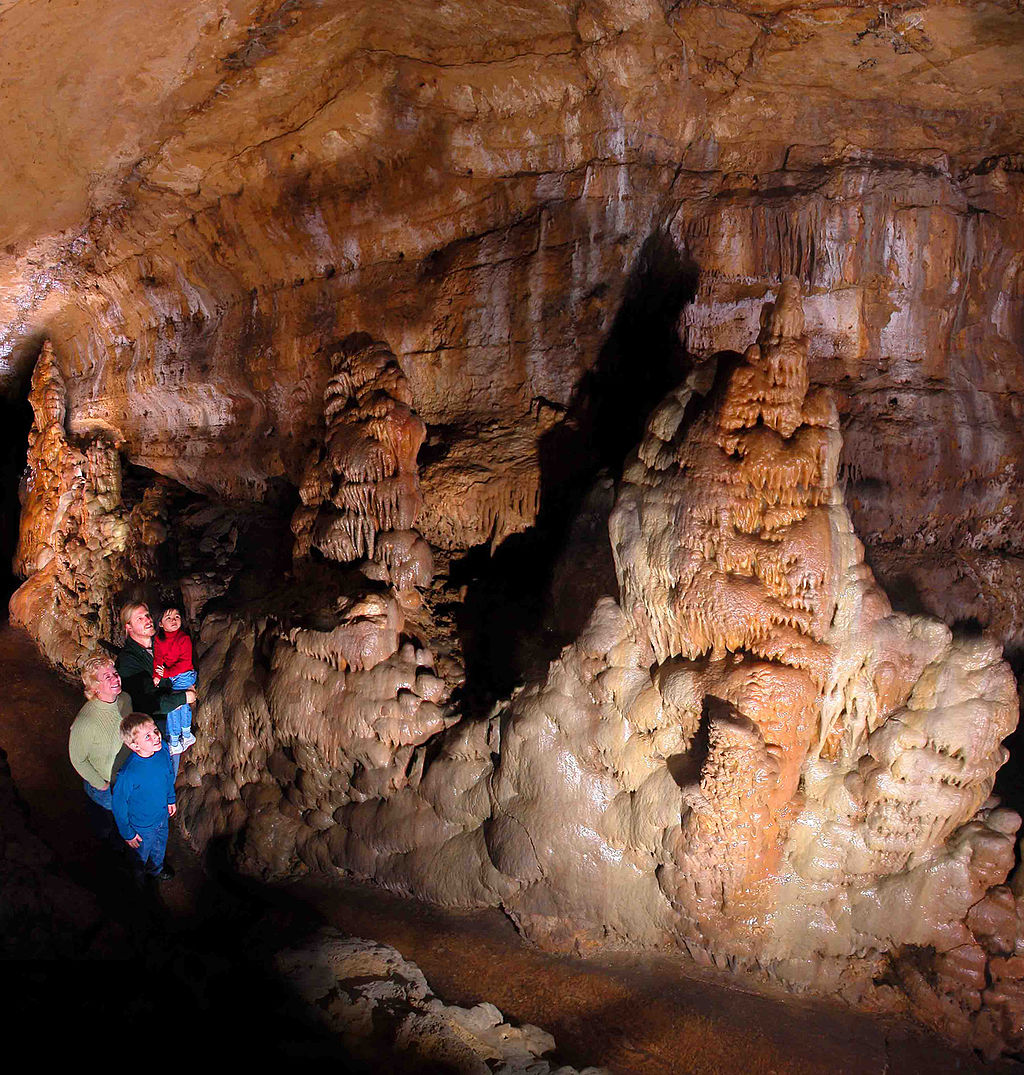