Today, hitting the call button on an iPhone is hardly a daring feat of ingenuity and skill.

But during the First World War, connecting people to each other over the telephone was a critical, difficult, and often dangerous skill. And it was one that was performed in part by a group of over 200 women, whose fight to be recognized as soldiers endures to this day.

The women were a part of the U.S. Army Signal Corps. They worked over a large network of telephone lines that had been built extremely fast in order to service the war over large swathes of France. The women worked the intricate switchboards that connected the front lines with supply depots and military command. To call their work essential would still be understating how vital it was to the overall war effort. Without bullets to shoot and rations to stay alive arriving as they were needed, the war could not be waged at all. 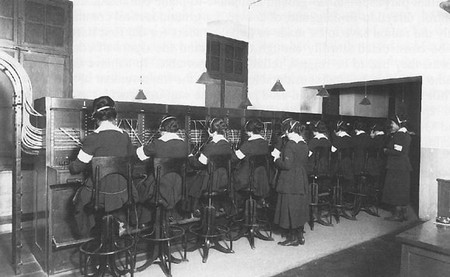 The women—who were called “Hello Girls” for obvious reasons—were extremely busy. At the peak of the war, they connected over 150,000 calls per day.

And it wasn’t just any woman who could sign up to be a Hello Girl. The women had been specifically recruited and had to go through extensive physical training, along with medical examinations. They swore the Army oath and wore identity tags to identify their remains should that occasion arise—a signal of how serious the conditions were that they worked under.

Indeed, many of them were stationed just a few miles from the front during the apex of the fighting, near the infamously grinding and bloody siege of that war of constant attrition. And their dedication, bravery, and skill were noted by none other than the renowned General “Black Jack” Pershing, who singled them out for praise.

But when they returned home after the war, they were not recognized as veterans. The Department of War refused to give them veteran status, which would allow them to have the benefits, medical care, commendations, honorable discharges, military funerals, and even the right to wear the uniform.

For over 60 years, the women, valiant as they so clearly were, struggled to receive the recognition of their actions that veteran status would bestow on them. Although women were given the right to vote just a few years after the Hello Girls came home, attitudes about the status of women as subordinate to men, especially in matters of work, remained unchanged. Although some of the Hello Girls did receive medals and awards in recognition of their work, they wanted their full rights as veterans. 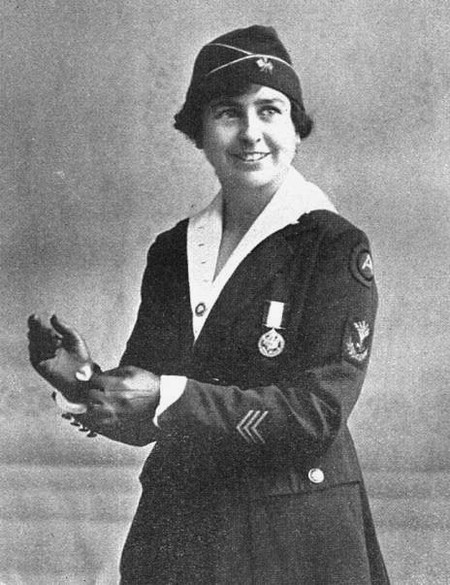 Finally, in 1977, at the height of second-wave feminism, President Jimmy Carter gave the few surviving Hello Girls full veteran status. This long-overdue recognition was due largely to the persistence of one of the Hello Girls, Mearle Eagan Anderson, who advocated for legislation for the Hello Girls for over three decades. When the bill was signed into law, Carter displayed one of the operator’s uniforms behind him—a uniform that its owner, Hello Girl Louise Ruff, wore with valor in close proximity to danger in France and had finally secured the right to wear at home.