Greek director Yorgos Lanthimos has vowed never to sign on to direct a blockbuster movie.

The filmmaker, whose new movie The Killing of a Sacred Deer comes out in cinemas this week, has had Hollywood stars begging to work with him but claims he’d draw the line at taking on a big studio project.

‘I’m not sure I would,’ he said. ‘I already find the films that I do quite intimidating although they’re smaller. I like to work with a smaller group of people and be able to be flexible.’ 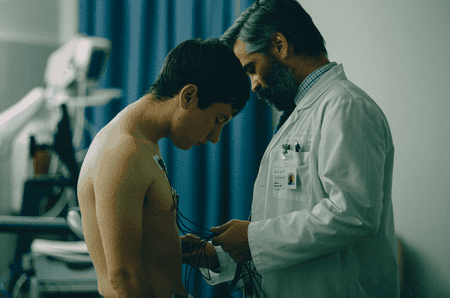 In the new psychological horror, Colin Farrell and Nicole Kidman star as a surgeon and his wife who have their lives turned upside down by a mysterious teenager (Barry Keoghan).

It’s the second time Lanthimos has worked with Farrell after 2015’s The Lobster, a satirical black comedy about relationships.

Speaking at BFI London Film Festival, he said: ‘Yeah, currently he’s my muse. I don’t know when that [took] effect but we just enjoy working together on The Lobster. It just felt like a natural step forward to work together on this one too, which was a much more complex role for him.

‘It’s always great to build relationships with someone who’s not only a great actor but a great human being.’ 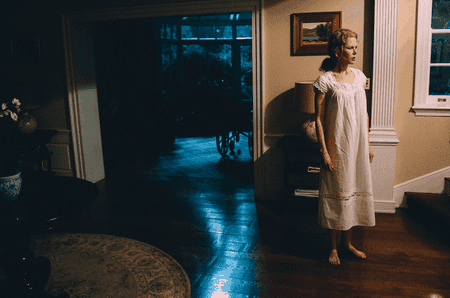 Since his debut Dogtooth in 2009, Lanthimos has become known for his terrifyingly dark films, which are also savagely funny. So where does this darkness come from? ‘From the world around us, I guess, and our experiences. I always try to maintain a balance between darkness, comedy, absurdity and ridiculousness in my films but sometimes some of them become more funny than dark.

‘Some of them are more darker than funnier. It just depends on each story and each theme. I don’t try to make the darkest film possible or the funniest film possible. I just allow it to progress from the idea and the story.’

Watch our full interview to find out how Kidman got involved in the project and more about his next film The Favourite.

The Killing of a Sacred Deer is released on Friday.