The Importance Of Literature In A Trump America 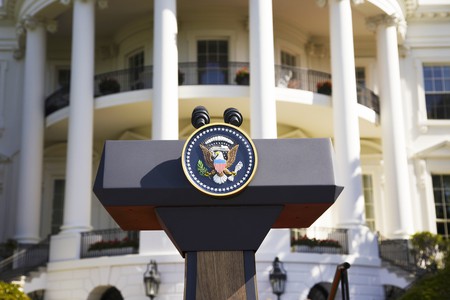 Our US literary editor opines on the value and responsibility of literature during an American presidency that may be antagonistic to it.

I don’t know anyone who wasn’t blindsided by the results of the US election. Time seemed both to cease and accelerate; fury at the prospect of a Trump presidency stymied the possibility of moving forward with anything that didn’t directly challenge it. As a writer and editor for literary and visual art publications, my purpose felt moot. What is prose and painting to a world that was nearing calamity? I could carry on, but would it be selfish or insensitive for me to do so?

Earlier this week, I received responses from a fiction writer to a series of questions I had sent her before election day. It read as though from another time — there was no hint of the overwhelming concerns for our shared future that have washed over so many of us since the election. I expressed my guilt in working on the interview, something that only recently wouldn’t have given me a second thought.

She answered that there couldn’t be a more vital time to make art, and to relearn to utilize it in ways that perhaps it hadn’t been in a while. Even just to make art was a subversive act. This wasn’t a new insight for me as much as it was a reminder of something I fundamentally knew. Coming of age during the Bush era, I remember how much of the great literature and art produced during that time seemed especially at stake: would it remain outside the grasp of warmongering culture-less politicians, or would it be shut down by them?

It’s true that my guard has lowered during the Obama administration. For one thing, as Dreams from my Father proved, he had cultivated a love of literature into a formidable talent for prose. And, even as a president, Obama remained an active participant in American literary culture. Every summer, I would comb through his reading list, often impressed by his contemporary selections. When the president interviewed novelist Marilynne Robinson at the University of Iowa, an event hosted by the New York Review of Books, I was magnetized by their conversation. Two great minds, one of which happened to run the country.

Those days are over. Trump is more likely to defund literary programs and libraries than read a single chapter of a single book during his presidency. I am once again reminded of the urgency, rather than the privilege, of literature, and of its responsibility following this terrifying turn of events. I think of writers in states that censor artistic work deemed degenerate or politically provocative, and where works and words are punishable offenses. Conversely, I think of the American avant-garde, once working in opposition to political authority and now complacent in its institutionalization.

The first step out of complacency is for American literature to check its privilege. Too often its authors come from expensive writing programs where, rather than being co-examined, diversity of culture is celebrated and diversity of class is swept under the rug. If writers have a responsibility to address class, will that manifest itself in their novels? Shouldn’t we ensure that writers, even ones without institutional tutelage, have a chance to be read or celebrated?

I am given hope that our class differences can be breached. Programs such as Girls Write Now allow established women writers to mentor female high school writers from low-income families. The mission of another program, StoryCorps, is “to preserve and share humanity’s stories in order to build connections between people and create a more just and compassionate world.”

So there is hope that literature can remain a beacon for our nation’s progressive values. But that will take work. Anti-Trump novels don’t strike me as the most obvious tools (though I intend to maintain a steady diet of political essays); instead we must ensure that literature, and the larger landscape of the arts, remains a vehicle for every kind of self-expression and observation. That we openly champion literature of the other, and that any kind of story—whether it be a memoir of growing up queer and black, or a “Great American” immigrant Muslim novel, or literature-in-translation from non-Western countries—is sought out and given a means to exist. But so too should we be looking for our generation’s Grapes of Wrath. Maybe that’s what it will take to completely understand the plight of the poor, rural white. Sometimes, it is literature that provides our only ability to empathize with all members of our species.