The History of America’s Dreaded DMV 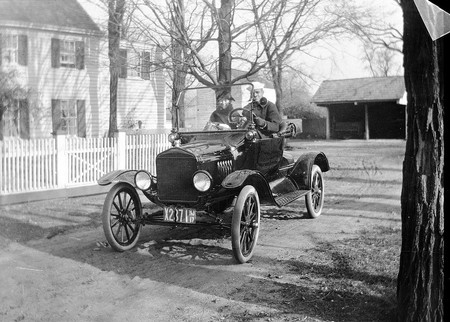 Whatever your particular history with the Department of Motor Vehicles—or DMV, for short—may be, there is no doubting that it generally elicits groans and dread when one is forced to go.

The combination of a generally agonizingly slow process, labyrinthine rules, and the prospect of not being able to drive should something go wrong is enough to inspire dislike in even the most positive person.

But did you know that the DMV was, in fact, created for an incredibly important reason, and in response to a tragic history from the early days of motor vehicles?

When cars were first produced and sold in the early years of the 20th century, there were practically no real requirements to acquire a license in many parts of the country. For example, in New Jersey, motorists only had to say that they had read the state’s traffic laws and knew how to operate the car—no proof necessary.

Of course, tragedy ensued. People who never really bothered to learn how to operate a car or navigate the new terrain of vehicles sharing the road with people walking, or on horse, carriage, or bicycle, ended up causing numerous injuries and deaths. Automobiles were too expensive for most of the population, so many car owners were very wealthy and seemed to think that the rules (not to mention other people) were of little importance. 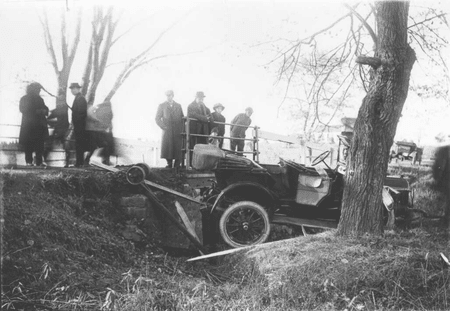 Newspapers began warning people about “automobile scorchers”—motorists who would take their new cars and race them recklessly down rural and suburban highways, often crashing them, and sometimes injuring others in the process.

In 1903, Missouri and Massachusetts became the first states to require drivers to have licenses, in response to this recklessness and tragedy. But the requirements were so lax that these preventable accidents still occurred.

In 1913, New Jersey decided to do something about it. Instead of taking a motorist’s word that they knew how to operate a car and would do so responsibly, New Jersey would now require aspiring licensed drivers to prove their ability in the presence of someone from the new Department of Motor Vehicles.

Early tests were not resounding successes. One driver hit another car. Another backed into a pole, and yet another drove into a pole. Of the people who took the test in the first week, 30% failed.

These first tests were also conducted haphazardly, simply using public spaces and roads around wherever the licensing offices happened to spring up. Only a small proportion of the population applied and was approved for a license; in 1914, only 2–3% of New Jersey’s population was allowed to drive a car.

But as cars became more affordable, the number of people wanting to drive grew exponentially. By the 1940s, roughly a third of New Jersey’s residents were driving with licenses. 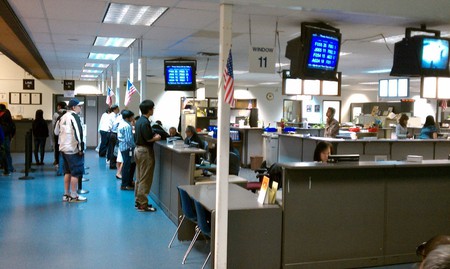 This explosion in the number of drivers meant that the licensing offices were getting extremely overloaded and oversubscribed, and could not accommodate all the people who wanted a license—which had to be renewed every year. People were sick of tests continually occurring in their neighborhoods as well.

Something had to be done. A standardized test and a dedicated “motor center” where people could take their tests without disturbing the rest of society were devised. When the first was opened just outside of Trenton, it may have been mundane, but it set the stage for the systemization and safety of a new reality.

Suburbs had begun sprawling out of cities by the 1950s, and cars would be necessary for Americans to get to work and live their lives. This standard set in Trenton became a model across the country, and today, taking a driving test is a rite of passage for many American teenagers.

So, the next time you have to go to the DMV, remember that while it may be a somewhat drab experience, it is far better than having to share the road—as a pedestrian or a fellow driver—with any sort of “automobile scorcher.”