‘The Heights’: An Homage to Muscle Cars and America’s West Coast 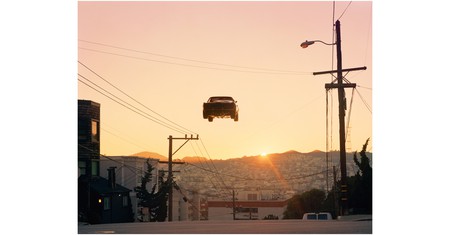 Artist Matthew Porter fell in love with West Coast culture as a kid growing up in Pennsylvania. He brings that sunny sense of possibility, of a boundless horizon, to the startling images in his photographic series The Heights. 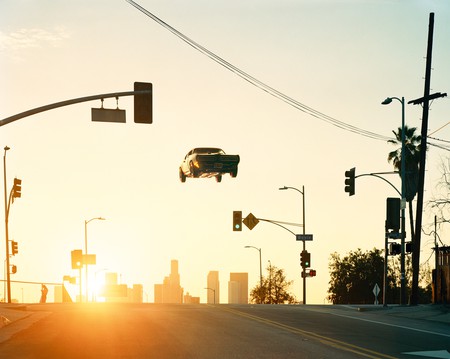 In Matthew Porter’s photographic series The Heights, the cinematic trope of ‘riding off into the sunset’ is taken to spectacular new levels. Throughout the 25-image portfolio (created over the course of the past 15 years, and recently published by Aperture in monograph form) vintage muscle cars – archaic automotive behemoths, forged from steel and built purely for the purpose of roaring down America’s open roads at full speed – seemingly soar, weightless and impossibly high, abandoned by gravity above the sun-kissed horizon. Looking at them, the viewer’s heart races with the thrill of danger, release, liberation and reckless abandon. Simultaneously, the stomach drops. 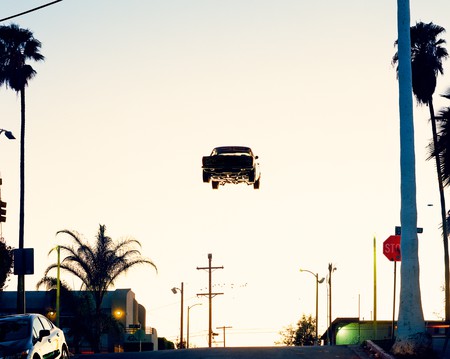 “The car chase is a recurring part of the narrative of so many movies, but often it doesn’t actually further the plot,” Porter explains. “I thought those scenes functioned in a fascinating way. By introducing my own interest in large-format ‘social landscape’ photography – along the lines of Thomas Struth and Stephen Shore, whose work inspired me early on – I felt that maybe I could tweak such scenes a little bit, and transform them into something of my own. It gave me a good excuse to take the view camera out and make a photograph of an intersection, but then, using Photoshop, I could introduce these cars, which are such wild, strange, unusual and absurd objects, and to me look like something straight out of science fiction or a parallel universe.” 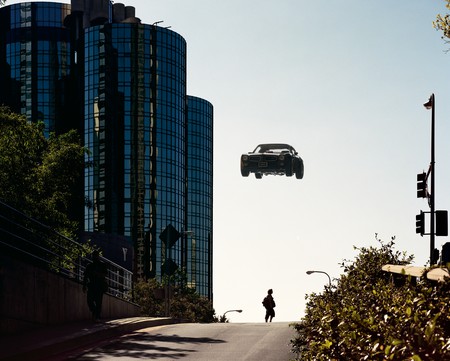 The Heights is set throughout the United States – not only in the dusty concrete sprawl of Los Angeles and steep city streets of San Francisco that may be familiar to film-chase aficionados, but also in Maine, Brooklyn, upstate New York and elsewhere. Taken together, the photographs transform an otherwise banal American landscape of leafy back roads, suburban neighborhoods, industrial wastelands and corporate downtowns into an action-packed realm of the imagination, where the pursuit of freedom is immediate, desperate, dizzying, adrenaline-fueled, otherworldly and overwhelmingly sublime. 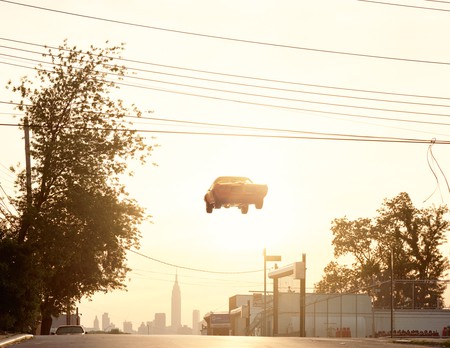 “I’m from central Pennsylvania,” Porter notes, “but all of the culture that I was into when I was growing up – TV, movies, music, skateboarding – came from the West Coast. Those teenage years are so formative. Even now, when I get off a plane in Los Angeles and see that quality of the light, I still get a thrill; I feel invigorated and inspired. It’s not a complex feeling; it’s pretty basic really, something in my gut, which is part of the pleasure of it. I appreciate the simplicity of that feeling, and its sense of possibility. Even when I make images on the East Coast, I try to bring that quality of light, that feeling and that thrill back with me. I’m a sucker for the West – it feels inspirational to me. I guess I want my images to connect to that.” 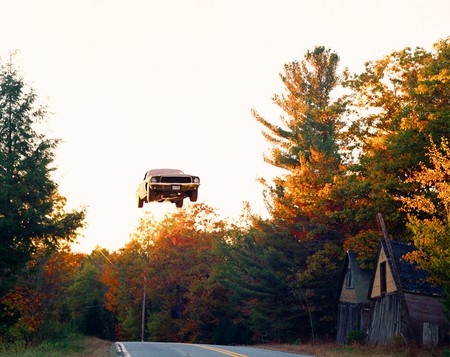 Given the current social, cultural and political climate in America – as well as the astounding text by Rachel Kushner, “Gone in Sixty Sentences”, which is published alongside The Heights in the new Aperture monograph – Porter’s images are certainly full of potential in terms of critical commentary and intellectual interpretation. But when it comes to analyzing the work himself, Porter resists such temptations. “For me, it’s really always been about pictures, and trying to reconnect with the idea of the spectacle through photography, after what I felt like was a rather dry period during the early 2000s. Back then, a lot of the work that I liked, and was making, and my peers were making, got really dry and conceptual for a while. Eventually I thought, ‘I’m not being honest with myself. I like bright, lush, vivid imagery, so why don’t I just stop hedging, go for it, and make my pictures as compelling as I can.’ That was a hard thing to admit, in terms of the world I was in, but I wanted to get back to talking about photography in terms of the way it makes you feel.

“Ultimately, I want people to look at my pictures and feel like they’ve had an experience, like they went somewhere or something happened,” Porter continues. “I want to make something that elicits an emotional response, something immediate, basic, invigorating and inspiring. Something that feels like getting off the plane in LA. Something that you feel in your gut.” 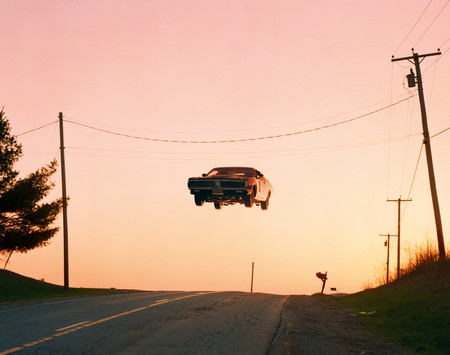