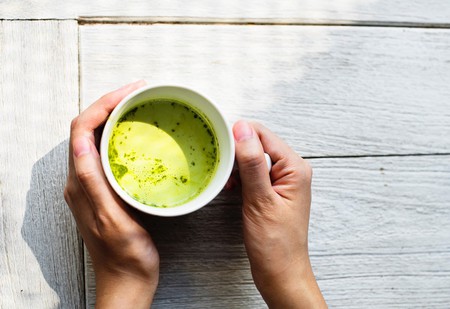 While green tea is said to have arrived in Japan from China, courtesy of a zen monk, back in the 13th century, the West’s love affair with matcha began fairly recently, driven by the numerous benefits of this emerald-hued beverage.

It increases alertness and concentration

Given the significant caffeine content of matcha, it’s inevitable that the tea provides a cognitive boost. But according to studies, this boost is slightly different from other caffeinated drinks like, say, coffee. Researchers from Wageningen University in the Netherlands examined the effects of green tea’s phytochemicals on participant’s cognitive abilities and mood, and found that it improved “performance in attention-switching tasks and alertness.” This is because green tea also contains L-theanine—an amino acid which counteracts the jittery properties of caffeine, so you get the energy without the subsequent crash.

Speaking of L-theanine, studies show it has a calming, pacifying effect on the brain which can help reduce our anxiety levels. Studies show L-theanine “significantly increases activity in the alpha frequency band which indicates that it relaxes the mind without inducing drowsiness.” This is possibly one of the reasons zen monks are said to drink green tea before sitting in meditation for long periods of time. 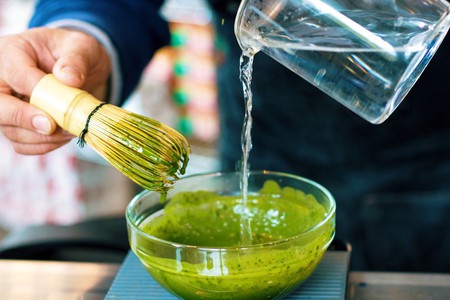 It protects your major organs

The healthful properties of matcha not only contribute to reduced chance of disease, they can also help people currently suffering from serious illnesses.

Studies into the effects of green tea consumption on cancer cells have also been promising. A compound found abundantly in the plant, called polyphenols, has been shown to contain cancer-fighting properties.

Regularly consuming matcha or green tea has also been shown to reduce the bad kind of cholesterol (LDL), as well as triglycerides, both of which contribute to heart disease.

With matcha you ingest the leaves rather than steeping them in water and discarding them, as you would with a tea bag. This allows you to benefit from a higher dose of catechins, a type of antioxidant that occurs naturally in green tea leaves. Around 137 times higher, by some estimates.

Antioxidants are known to counteract the effects of free radicals—unstable atoms that damage cells and can eventually contribute to the onset of chronic diseases.

And finally, matcha and green tea are said to be great aids when you want to lose a few pounds. One study conducted on 23 healthy men showed that fat oxidation rates (the rate that they burned fat during exercise) were increased by 17% after taking green tea extract before working out, compared to a placebo pill.