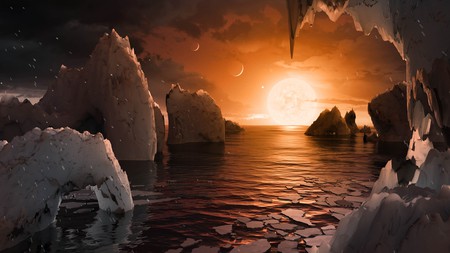 This artist's concept allows us to imagine what it would be like to stand on the surface of the exoplanet TRAPPIST-1f. | Courtesy NASA.

Astronomers’ thrilling discovery of seven Earth-sized, potentially habitable planets orbiting a faint star has astounded space-gazers across the world. To achieve a discovery of this magnitude requires a global effort based on multiple continents and bringing together some of the greatest minds in astronomy. Here are the main pieces of technology, and their global origins, used to find the TRAPPIST-1 system.

The system is named TRAPPIST-1 after the TRAnsiting Planets and PlanetesImals Small Telescope (TRAPPIST), which first spotted some of the planets in May 2016. The three planets spotted were described as similar in size and temperature to Venus and Earth, and orbiting an ultra-cool dwarf star 40 light years from Earth.

The telescope is based in the La Silla Observatory in Chile, but is operated from a control room in Liege, Belgium. The telescope’s twin goals are the detection and characterization of exoplanets around other stars, and the study of comets that orbit around the Sun. The project is led by the Department of Astrophysics, Geophysics, and Oceanography at the University of Liege, and is mostly funded by the Belgian Fund for Scientific Research with participation from the Swiss National Science Foundation. 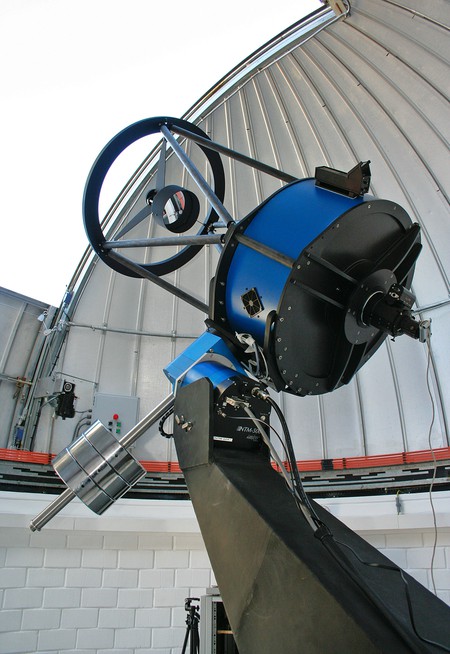 After TRAPPIST made the initial discovery, several land-based telescopes were used to verify the findings. One of these was the European Southern Observatory’s (ESO) Very Large Telescope (VLT). Located in Cerro Paranal, Chile, the VLT consists of four individual telescopes, each capable of detecting objects roughly four billion times fainter than can be detected with the naked eye.

The ESO is headquartered in Garching, Germany, and is made up of 15 European members and Brazil, along with the host state of Chile. 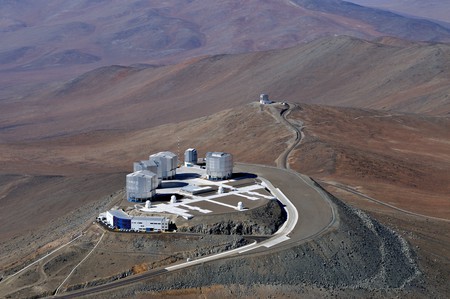 The Spitzer Space Telescope was also used to verify the findings. Together with the land-based telescopes, it was able to confirm two of the planets found by TRAPPIST-1, and discovered five additional ones, increasing the number of planets found in the system to seven.

Spitzer—named after American physicist Lyman Spitzer—is an infrared telescope launched into space in 2003. The telescope trails Earth as it orbits the Sun, and was well-suited for studying TRAPPIST-1 because the star the planets orbit around glows brightest in infrared light. During the fall of 2016, Spitzer observed TRAPPIST-1 continuously for nearly 500 hours.

“This is the most exciting result I have seen in the 14 years of Spitzer operations,” said Sean Carey, manager of NASA’s Spitzer Science Center at Caltech/IPAC in Pasadena, California. “Spitzer will follow up in the fall to further refine our understanding of these planets so that the James Webb Space Telescope can follow up. More observations of the system are sure to reveal more secrets.” 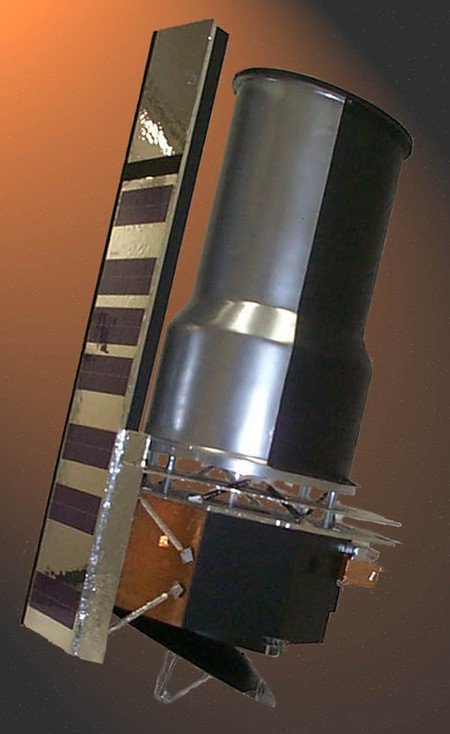 A photograph of a model (one-fifth scale) of the Spitzer Space Telescope | Courtesy NASA.

NASA’s Hubble Space Telescope has followed up the Spitzer discovery by screening four of the planets. The observations aim to assess the presence of puffy, hydrogen-dominated atmospheres, usually seen on gaseous planets like Neptune. In May 2016, the Hubble team observed the two planets closest to the star, and found no evidence of puffy atmospheres. This suggests those two planets are rocky in nature.

Hubble was launched in 1990 and was built by NASA with help from the ESA. The Goddard Space Flight Center, headquartered in Maryland, controls the spacecraft, and the Space Telescope Science Institute selects Hubble’s targets and processes the data. 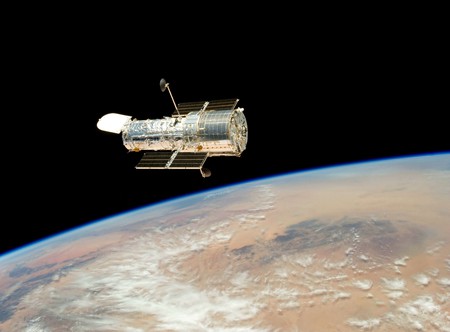 NASA’s James Webb Space Telescope is scheduled to launch in October 2018, and will play a huge part in confirming whether life exists on the seven planets in the TRAPPIST-1 system.

The NASA-led project is an international collaboration between the ESA, the Canadian Space Agency, and team members from other countries. 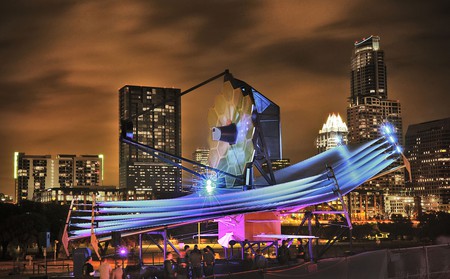 A model of the James Webb Space Telescope (JWST) | Courtesy James Webb Telescope.
Give us feedback