Jessica Nabongo: How She Travels With Purpose 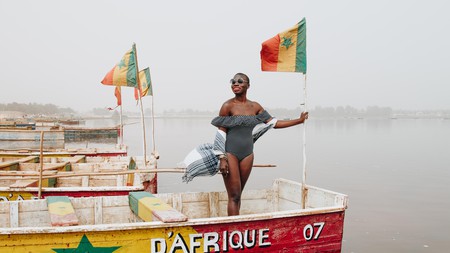 Nabongo during her two-and-a-half-year world trip, seen here on the Lac Rose in Senegal | © Seyni Ba

In 2017, travel influencer Jessica Nabongo went full nomad, visiting 135 countries in two and a half years. Along with the 60 she had already ticked off, Jessica has now traveled to every country in the world – and that makes her the first woman of color to do so. Culture Trip learns Jessica’s key takeaways, and her advice for traveling the globe.

Jessica Nabongo, a former UN employee from Detroit, is about as influential as travel influencers get. Of the almost 8bn people on the planet, she is one of only 300 to have traveled to all 195 countries in the world – and the first black woman to do so. Her motivation goes way beyond snapping shots in front of cultural landmarks and lounging on palm tree-lined beaches, though that’s not to say she hasn’t done that too. Her Instagram feed proves she has mastered the art. “Number one it was for the representation of black people,” Nabongo says. “Number two, it was for women, as less than 25 women have done it globally; number three, for Africans.” 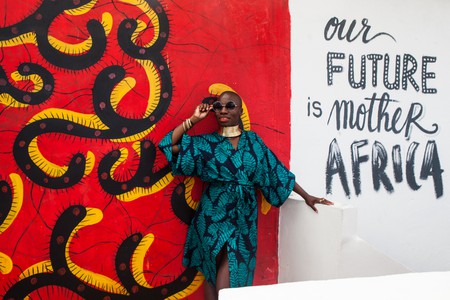 Since completing her trip last year, she’s had messages from inspired women, and even men. But the purpose of her journey went further than encouraging intrepidity. “The goal of my very public journey was not to say ‘hey, you should go to every country in the world’,” she says. “In fact, I don’t think everyone should. It was about showing people if you can dream it, then you can do it.”

Switching between her American and Ugandan passports, it was a trip of ups and downs. The highs included visiting Lake Assal in Djibouti, which is the lowest point in Africa and a place Jessica had never seen in pictures. Other highlights were sunset over the Salar de Uyuni salt flats in Bolivia, the Sheikh Zayed mosque in Abu Dhabi, an “amazing modern marvel”, and the pyramids in Sudan, which are older than those in Egypt. The tourist trap of Machu Picchu in Peru fell into the let-down camp. “I had seen so many images of it,” Nabongo says, “that when I got there I thought, ‘Yep, it looks exactly like the millions of images I’ve seen.’ That’s why I avoid doing too much research.” 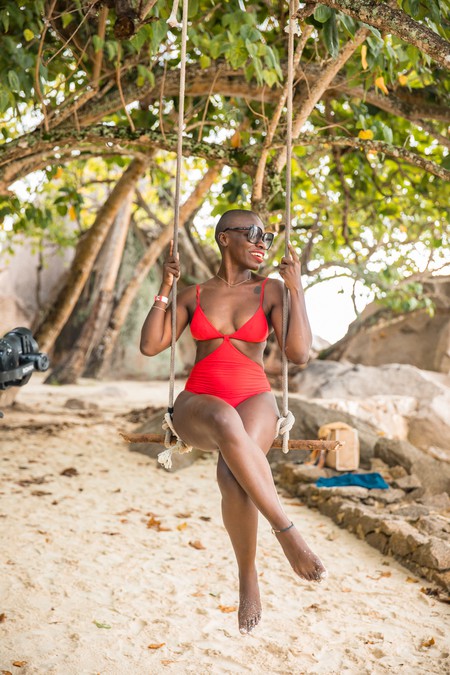 On the beach in the Seychelles | | © Jessica Nabongo

Harassment was also something Nabongo dealt with on numerous occasions, including once when the authenticity of her passport was called into question – because she is African. However, it was in these tough times that she leaned on her supportive global network, on- and offline.

Most people are phenomenally kind and willing to connect, she says. Indeed, she sees the current global pandemic as a reminder of “exactly how connected we are. I have friends and family all over the world, and it is amazing that no matter who I talk to, they are all dealing with the same thing.” Calling the world “our neighborhood,” her message is that the world is a much safer place than we believe it to be. Fear-mongering, she says, is symptomatic of the media in the west. “We need to take negative stories with a pinch of salt, the way we take positive stories,” she says. 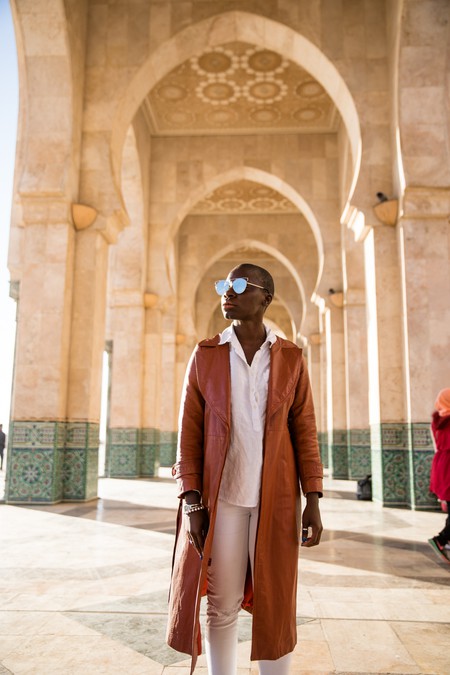 When on the road, Nabongo’s top tip is to tune into your energy and positivity. “When you go into a situation and you have fear, then that energy may bring negative situations to you unnecessarily,” she says. “On the other hand, when you’re in a space and you get that feeling of something seeming off, you need to remove yourself from the situation and be more diligent.”

As for getting back on the road, where does someone who’s seen the whole world plan on visiting after coronavirus? “I have no idea where I will travel to first, and quite frankly we don’t know what international travel will look like on the other side of this,” Nabongo says. “I know I really want to lay on a beach somewhere for hours on end drinking cocktails.” 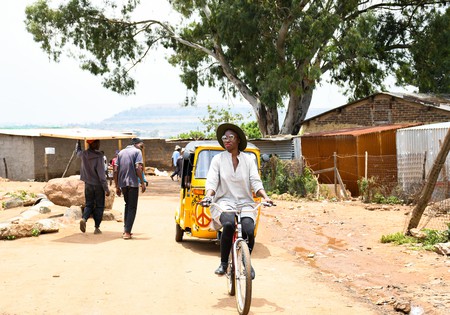