As part of our literary city guide series, we’ve mapped out the literary landmarks, bookstores, writers and books of contemporary New Orleans.*

Truman Capote was born here; Tennessee Williams wanted to die here. Anne Rice’s haunted gothic home can be found in the Garden District, and a statue of the protagonist from the iconic novel A Confederacy of Dunces stands in front of the Hyatt hotel. New Orleans’s literary history runs deep, with an abundance of bookstores and landmarks strewn about the city. Many writers have called the city home, many of the characters in their novels walk its streets. But NOLA, as its referred to, isn’t just a city with great literary history, it is one where book culture still thrives—contemporary novels set in the city’s jazz age to its aftermath of Hurricane Katrina ensure that all New Orleans’s stories, no matter how glorious or tragic, are told with the greatest care. 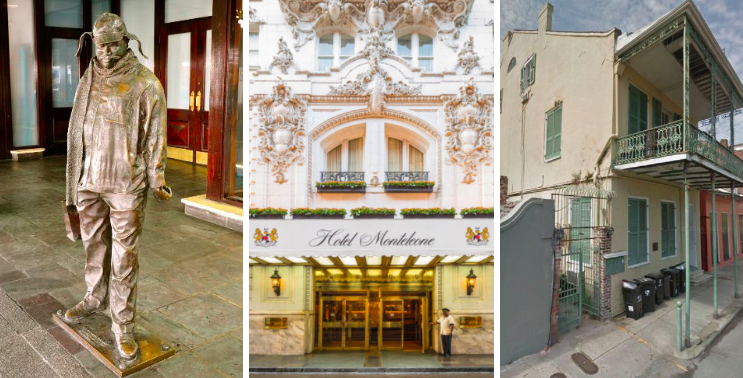 Monteleone Hotel and the Carousel Bar & Lounge
The only hotel (to our knowledge) that boasts its literary credentials on its website, the Monteleone Hotel (and its bar, the Carousel Lounge), has long been a favorite haunt of distinguished Southern authors. Recognized as an official literary landmark, patrons can reserve several literary suites in the hotel, including the Faulkner, Williams, Capote, Hemingway, and the Eudora Welty.

Tennessee Williams House
A plaque erected on this house reads: Tennessee Williams owned this house from 1962 until his death in 1983. ‘I hope to die in my sleep…in this beautiful big brass bed in my New Orleans apartment, the bed that is associated with so much love.'”

Anne Rice House and Tour
Anne Rice lived in this historic house with her husband, the poet and painter, Stan Rice. Though she is no longer resides there, the house is still a fixture on the Anne Rice tour. Sign up near Garden District Books.

The Upper Pontalba Building
Every March, during the Tennessee Williams/New Orleans Literary Festival, a crowd gathers here to yell “Stella!” and “Stanley!” in the hopes of winning the Stanley and Stella shouting contest.

Ignatius J. Reilly Statue
A bronze statue of Ignatius J. Reilly, the main character in John Kennedy Toole’s novel A Confederacy of Dunces, stands at the entrance to the Chateau Bourbon Hotel on Canal Street. 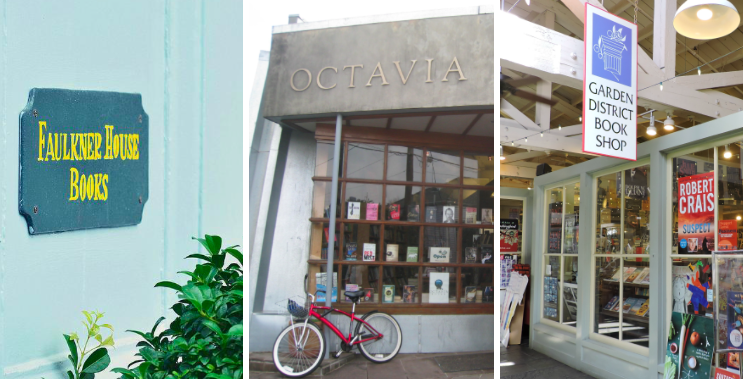 Octavia Books
Octavia Books is tucked away in a neighborhood just off of the bustling Magazine Street shopping area. It has a modern look and hosts frequent book-signings and talks. The staff are known for their friendliness. 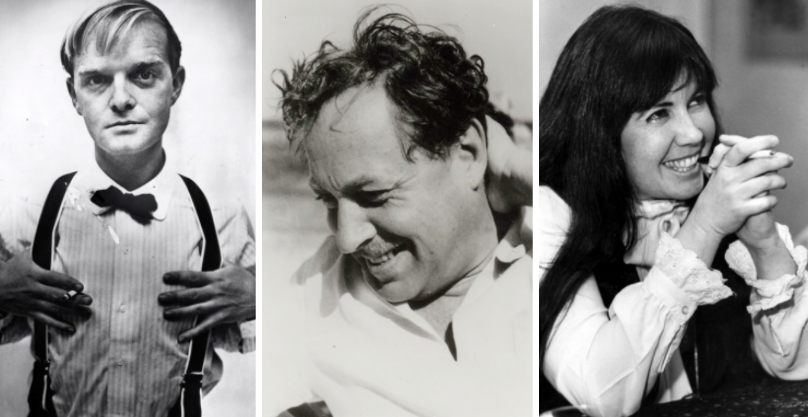 Thomas Lanier “Tennessee” Williams
An American playwright and author of many stage classics. His drama A Streetcar Named Desire is often numbered on the short list of the finest American plays of the 20th century. The annual Tennessee Williams /  New Orleans Literary Festival is held every March around his birthday.

Truman Capote
The author of classics that included the novella Breakfast at Tiffany’s (1958) and the true crime “non-fiction novel” In Cold Blood (1966). He was born in New Orleans and much of his first novel Other Rooms, Other Voices is set in the city.

John Kennedy Toole
Toole was a lifelong NOLA native whose posthumously published novel A Confederacy of Dunces, won the Pulitzer Prize for Fiction in 1982. The novel was roundly rejected during his lifetime, spurring Toole to commit suicide at the age of 31. A statue of Ignacius P. Reilly, a character from the novel, stands near the New Orleans Hyatt Hotel.

Anatole Broyard
Once one of the New York Times‘s leading literary critics, Broyard, a Louisiana Creole, left his native city at a young age for Manhattan. As one of the city’s great intellectual’s Broyard wrote sharply about books, though was less open about his roots, only confessing his African-Creole blood to his children while on his deathbed.

Anne Rice
Best known for her popular and influential series of novels, The Vampire Chronicles, including her debut novel Interview with the Vampire, which was published in 1976, and made into a movie starring Tom Cruise and Brad Pitt in 1994. Her gothic New Orleans house has become a destination for fans. 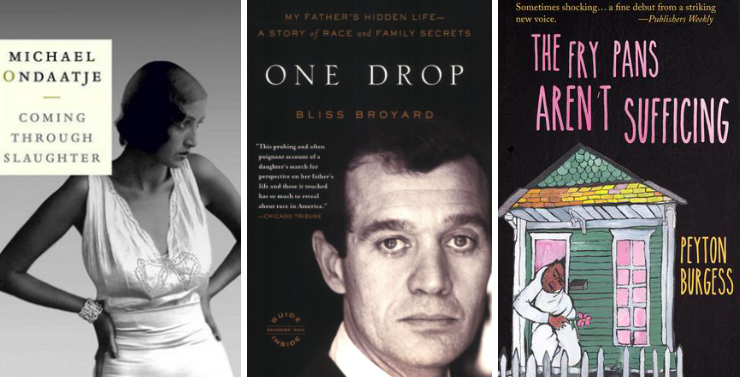 The Fry Pans Aren’t Sufficing
Peyton Burgess’ debut collection of stories, set in the aftermath of Katrina, zooms in on the lives of those who had to return to ruin and militarization of New Orleans. The characters here get boozed up, attend lost mail auctions, and navigate the bureaucracy of FEMA. Written in vibrant prose, The Fry Pans Aren’t Sufficing offers a view of post-Katrina NOLA told with by a vibrant new voice.

The House on First Street
In Julie Reed’s memoir of New Orleans, her Garden District house becomes the focal point. The history of the neighborhood and of the house, Reed’s own life as a journalist, and finally, the responsibilities she assumed after Katrina to give back to her city come together for a unique view of NOLA class and compassion.

One Drop: My Father’s Hidden Life — A Story of Race and Family Secrets
As mentioned above, while on his death Anatole Broyard confessed to having kept his Creole bloodline secret. On this one nugget of information, his daughter Bliss investigated the life, heritage, and family her father had kept hidden for most of his life.

Coming Through Slaughter
Michael Ondaatje’s debut novel takes as its premise the story of the real-life figure Buddy Bolden, a cornetist often cited as the creator of jazz. With so little know about Bolden, Ondaatje weaves history and myth that reads at times like a hypnotic poem, and culminates in an tale that is both grand and tragic.

* This guide pulls from preexisting listicles curated by Rebecca Trejo and Ann Marshall Thomas for Culture Trip. As these previous lists may include items not shown here, links to these pieces have been hyperlinked in section titles.