The Best Works By Harriet Beecher Stowe You Should Read

Born in Connecticut in 1811, Harriet Beecher Stowe was an author and abolitionist who penned around thirty books including travel memoirs, novels and short stories. Beecher Stowe’s works were incredibly influential at the time of publishing and played an important role in major political debates of the time, having particular relevance in anti-slavery politics. 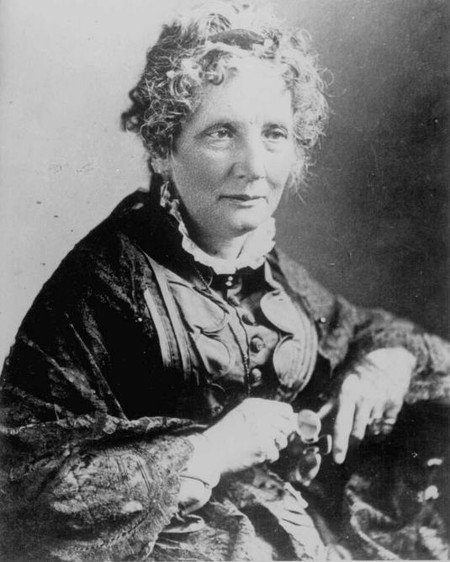 Harriet Beecher Stowe‘s best known novel, Uncle Tom’s Cabin had nationwide influences regarding anti-slavery ideas. The character Uncle Tom is a black slave. The book explores slavery, the treatment of people under slavery and the idea that people cannot be the property of another human. Her work expresses the idea that Christian love can be a driving force for overcoming something as cruel as slavery. This is a novel of protest which acted as a catalyst for the abolition of slavery. The novel follows two plot lines, and while one ending is happy, the other shows the brutal death of a slave at the hands of his master. Stowe’s writing drew an international audience, opening the eyes of those abroad to the horrors of what was happening in the USA at the time. Uncle Tom’s Cabin was the best-selling novel of the 19th century, selling millions of copies in the USA and Great Britain; this allowed the ideas of the writer to have great political impact. 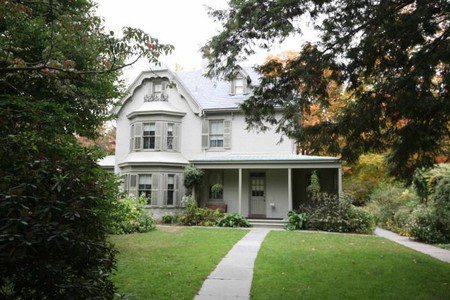 Published in 1859, The Minister’s Wooing has been described as a ‘sentimental romance,’ the plot being concerned with marriage and the ‘wooing’ process. Stowe explores the history of New England and makes readers, once again, aware of the issues of slavery. The book also touches on religious topics, criticizing Calvinist theology, the religion in which the writer was raised. Personal circumstances caused Beecher Stowe to reflect on her religion, and she highlights personal concerns throughout the novel about the pressures of Calvinist principles. The story follows a girl whose lover has been thought lost at sea and depicts her struggle as she decides whether or not to marry another man. The ending, however, is a happy one, as her lover eventually returns. 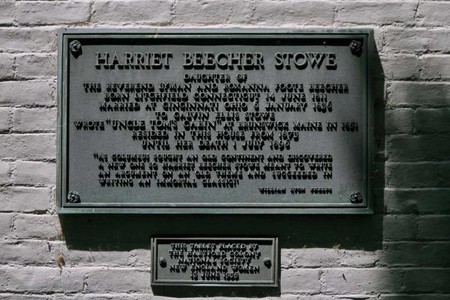 Written in 1869, this religious novel contains ideas that were influenced by the memories of her husband. The title is a fictional name for the actual town in which her husband was born and raised – Natick, Massachusetts. The novel, divided in two volumes, is narrated by the protagonist, Horace, an ambitious character whose dream is studying in a college.In the book, the villagers of the town discus the religious changes happening at the time. The novel reflects on Calvinist and Arminian theology and talks about Puritan lifestyles. There is also a focus on the themes of reproduction and mothering. 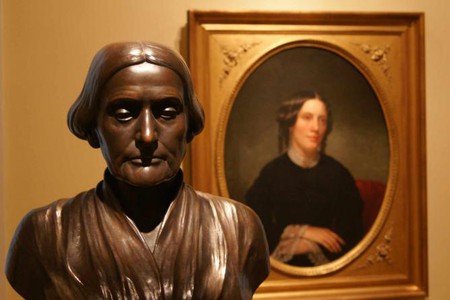 With slavery having been abolished by the time she was writing for this book, Stowe concerned herself greatly with improving the lives of ex-slaves. Palmetto Leaves is a travel guide and memoir which documents the time she spent in Jacksonville, where she owned a cottage. Stowe shared her time between this cottage and her mansion in Connecticut, but it is believed she fell deeply in love with the state of Florida. The first chapter talks of a hungry, stray dog who is thrown off a train and left behind. This theme can be read as a metaphor for the poor and suffering, who should be looked after rather than abandoned. Other parts of the book relate the lives and customs of African-Americans in the region. Considered a minor work, Palmetto Leaves has however remained ever popular with enthusiasts and it is relevant because it was one of the first travel guides written about Florida, which by then was mostly wilderness. The book encouraged Florida’s tourism and residential development.