Hiking The Grand Enchantment Trail In The Southwest 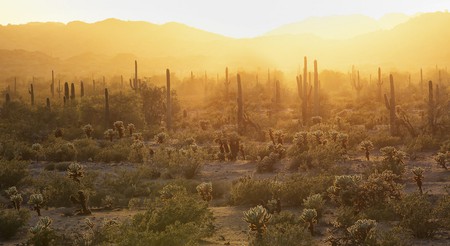 The Grand Enchantment Trail, traveling from the Sonoran Desert near Phoenix, Arizona to the outskirts of Albuquerque, New Mexico, connects over 770 miles of diverse US terrain, from desert canyons to rugged mountains. A loop-style backcountry route developed from a series of existing trails, dirt roads, and cross-country hiking routes, the GET reveals some of the region’s most dramatic landscapes, taking visitors to the hidden corners of the American Southwest. While the trail isn’t officially ‘sanctioned,’ it’s still a favorite amongst long-distance hikers and naturalists. For tips on how best to experience the Grand Enchantment Trail, read on.

The Grand Enchantment Trail, also called ‘the GET,’ was created in 2003 to provide mountaineers with a unique view of the Southwest landscape so vividly present in Arizona and New Mexico. Using various route links (such as dirt roads and existing trails), the GET fleshes out an unusually natural wilderness experience, traveling through little-known areas – some without motorized traffic – and small, or abandoned, towns. Although the trail feels remote, both of its termini are located just outside large urban areas – Phoenix and Albuquerque – making the trail easily accessible without sacrificing its secluded character.

Along the GET, expect varied terrain – the path’s elevation ranges from 1,750 to 10,700 feet, with ten summits reaching over 10,000 feet high – alongside ruggedness and the conventional challenges of a long-distance hiking trail (i.e., weather and resupplying). While nearly 60 percent of the path is a hiking trail, there are still some rough parts along the route, so be sure to bring a compass and map to stay on course. The trail, while it travels through mostly desert lands, has plenty of access points for water (170-plus potential sources), including many water-filled canyons; head here during spring when water sources are at their peak (after the winter snow has melted). For resupplying, travelers can pick up groceries or mail drops in the nearby ‘trail towns,’ but be sure to pack extra food in case of an emergency.

The route, because it isn’t officially sanctioned, is free to all visitors and does not require a permit (unless you plan to hike or camp Aravaipa Canyon). The GET also forms a bridge between other long-distance routes, including the Arizona Trail and Continental Divide Trail, so hikers can opt to change circuits along the route. Keep in mind the GET was constructed not as the shortest, most direct route, but as the ideal route for revealing the stunning landscape gems of the American Southwest. 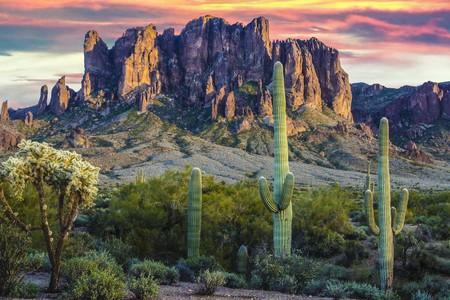 The Grand Enchantment Trail provides views into some of the most striking landscapes in the region, including many picturesque and steep canyons, towering mountain ranges, and vast deserts. While in the Superstition Mountains, be sure to revel in the beauty of the Sonoran Desert – filled with remarkable fauna and flora – before catching a glimpse of Weaver’s Needle, a dramatic rock formation; don’t miss the 700-year-old Salado cliff dwelling, just before merging with the Arizona Trail. Once in the White Canyon Wilderness, take in the volcanic peaks and sedimentary cliffs around you, a stunning sight to see. From here, gaze at the Sky Island range of the Santa Catalina Mountains up ahead before parting ways with the AZT.

Once in the Galiuro Mountains, check out the 1,000-foot-high canyon walls of Aravaipa Canyon before heading into Holdout Canyon, filled with granite domes. Upon crossing the Coronado Trail, take a journey into the historic town of Clifton to resupply and learn about the history of this old mining town. The Blue Range Primitive Area, situated just before the Arizona-New Mexico state line, is the ultimate serene setting that is perfect for wildlife viewing. Head into the Gila Wilderness for immense beauty, and be sure to walk along the suspended walkways on the Catwalk National Recreational Trail. After making your way to the summit of Mogollon Baldy, stop for panoramic views of the San Mateo Mountains and the surrounding desert; history buffs can also take a break from the trail at the historic Mogollon. After the wildflower meadows and striking canyon of West Fork Gila River, head to the Gila Cliff Dwellings National Monument, an old village built by the Pueblo people of New Mexico in the 13th century. 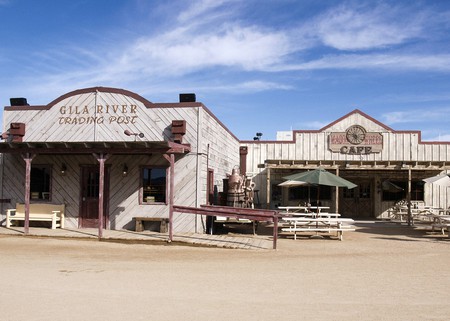 Along the Divide, revel in the towering Diamond Peak as you travel through Ojo Caliente, an old, sacred Apache region. Other must-sees include the Cibola National Forest, the Apache Kid Wilderness, Withington Wilderness, and the Magdalena Mountains where you’ll walk along the ridgeline of the mountains for the entire route. Kelly, a ghost town, makes for an eerie peek into the past, before moving onto San Lorenzo Canyon – a labyrinthine canyon that is worth getting lost in. The Chihuahuan Desert, another ‘wet desert’ next to the Sonoran Desert, boasts stunning views of cacti, wildlife, and rolling mountains. Here, travelers can take a detour along Highway 60 to the Salinas Pueblo Missions National Monument, before the final stretch of the trail. Don’t miss the scenic vistas from Sandia Crest; thru-hikers can head to the top of the mountain for a meal at the summit house – the perfect end to a lengthy, but epic, hiking trip. While the trail offers many serene moments of solitude, be sure to keep your eyes peeled for the many animals and plants distinct to this region – including the Coatimundi, Gila monster, or javelina – dotted along the scenery throughout the entire GET. 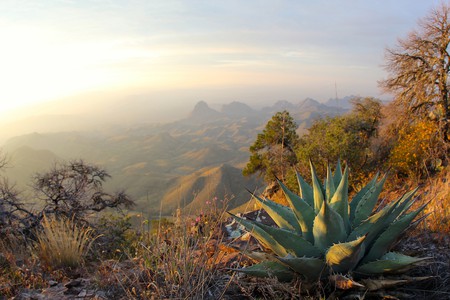