The Best Spots To Stargaze In The US

Lightning storm over Big Bend National Park | © BevoStevo/Flickr
Stargazing in your backyard is a thing of the past. With artificial light and city smog polluting the night skies, getting a glimpse of the Milky Way is that much more challenging. For prime views of the Earth’s constellations and exceptionally dark skies that open up a unique window to the universe, discover the best spots to stargaze in the US – from Texas to South Dakota.

Looking east across the vast Grand Canyon – layers of red rock carved by the Colorado River – and you will find millions of stars strewn across the sky. In a place with some of the cleanest air quality in the US, it comes as no surprise that this is a go-to destination for sky-watching. Panoramic views of the Milky Way sweep across the dark night sky, undisturbed by lights of the modern world – best seen from the south rim. Get an up-close-and-personal experience at the weekly Star Programs, or just keep it simple and catch a few shooting stars from one of the viewpoints. 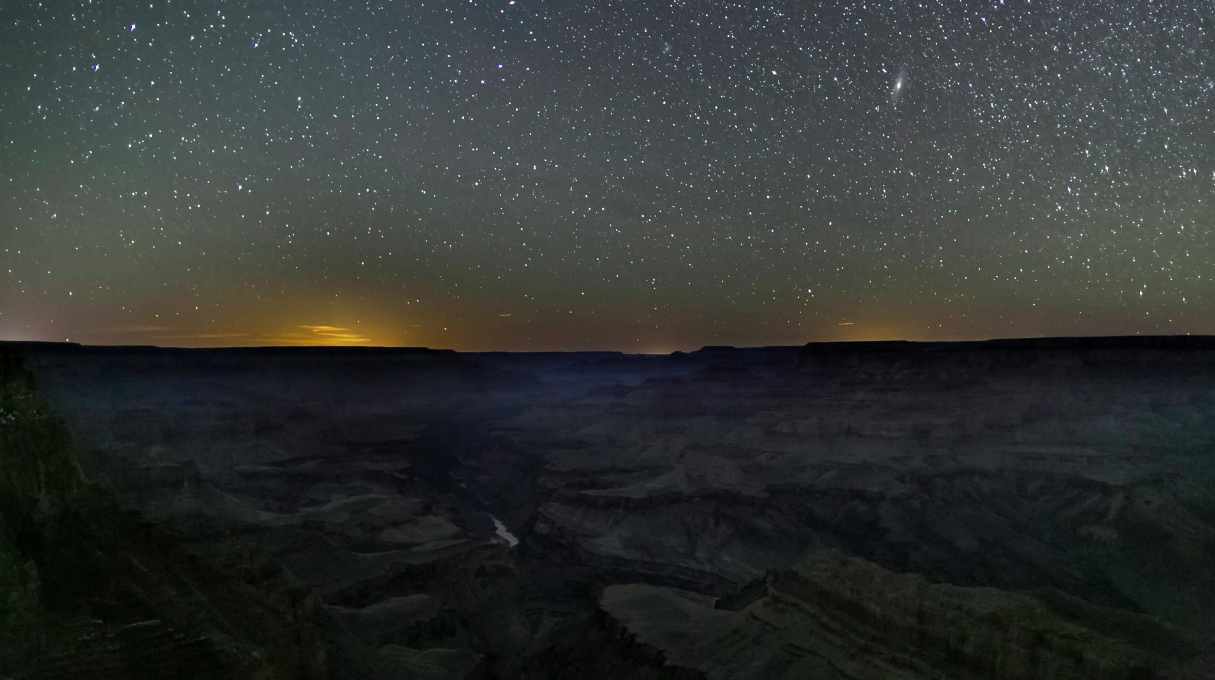 Death Valley is the crowned jewel of stargazing, considered to have one of the nation’s darkest skies. Designated a ‘dark sky park’ in 2013, the park prevents artificial light from polluting the skies situated above its 3.3 million acres of desert, sand dunes, salt flats, badlands, and canyons. But even though its location on the border of California and Nevada is quite remote, the park is threatened by light pollution from nearby Las Vegas, so for the best views, head to the northwest part of the park. 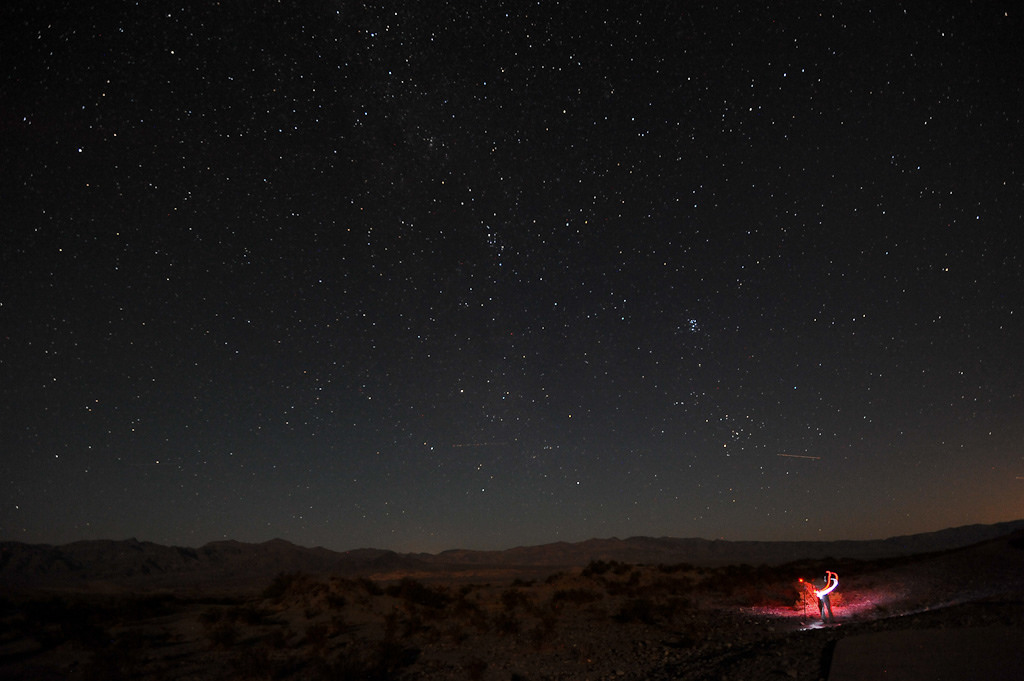 A 360-degree panorama of Racetrack Playa at night. | Public Domain/WikiCommons

Park
Rocky Buttes, Badlands National Park | Public Domain/Pixabay
What better place to lie under the stars than in a park surrounded by dramatic rock formations, towering spires, and buttes jutting into the sky? The Milky Way is especially clear in the Badland skies, with more than 7,500 stars visible on any given night, including galaxies, star clusters, planets, moons, nebulae, and even satellite and space station flyovers. During the summer, stargazers can take advantage of the Night Sky Program offered Friday through Monday nights, where you’ll be given a telescope and a detailed tour of the skies.
More Info
Open In Google Maps
South Dakota, USA
+16054335361
View menu
Visit website
Visit Facebook page
Send an Email
Give us feedback

Park
Arches National Park | Public Domain/Pixabay
On a moonless night, darkness is cast over the skies at Arches National Park. Over 2,500 stars appear painted across a black canvas, with red-tinged arches towering over the desert landscape in the foreground. While neighboring towns threaten stargazing at the Arches, national parks are some of the last remaining sanctuaries for unpolluted night skies. Grab a spot during one of the Night Sky Programs, held during summer, or bring a chair to the ranger-led stargazing program held at Arches and its neighboring parks (Canyonlands and Dead Horse) in spring and fall.
More Info
Open In Google Maps
Utah, USA
+14357192299
View menu
Visit website
Visit Facebook page
Send an Email
Give us feedback

Park
Milky Way from Big Bend | © Vincent Lock/Flickr
Big Bend, distinguished by its coal-colored skies and remote desert landscape, has the least amount of light pollution than any other national park in the lower 48 states. Here is where the sky’s majestic beauty is best enjoyed alongside a swath of cacti, the Chisos mountain ranges, and steep limestone canyons. Catch a glimpse of the Milky Way at its finest, accompanied by over 2,000 stars.
More Info
Open In Google Maps
Texas, Texas, 79834, USA
View menu
Visit website
Visit Facebook page
Send an Email
Give us feedback
Give us feedback