The Best Ski Resorts In The US 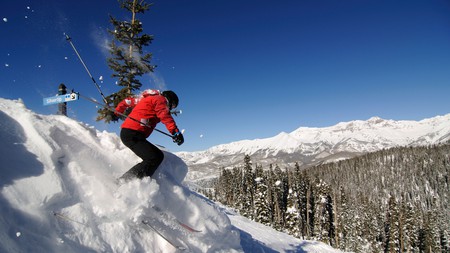 The US is home to over 450 ski resorts, from powder-packed sanctuaries to luxury retreats. And with each year, climate change and snowfall determine which resorts rank highest. So whether it’s backcountry terrain or high-profile parks you’re after, here are the best ski resorts for 2017. 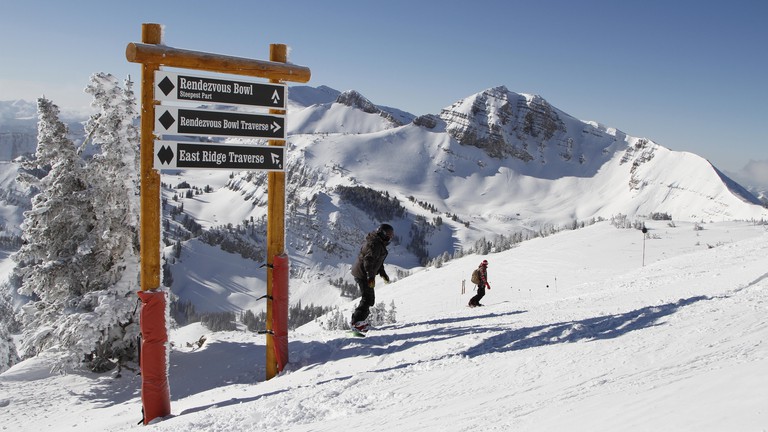 © Luca Diana / Alamy Stock Photo
Jackson Hole continues to rank as an all-time favorite for snowbirds, offering everything from top-notch skiing to a quaint mountain resort village. Surrounded by the Grand Tetons, visitors can always count on prime powder at this Wyoming resort alongside access to all kinds of terrain – beginner to expert – and backcountry trails leading into Granite Canyon. Take the aerial tram, considered one of the best lifts in North America, to the top of Rendezvous Mountain for unparalleled views and vertical slopes. Jackson Hole also boasts plenty of other adventure activities, spas, luxury hotels, restaurants, shopping, and family-friendly activities.
Open In Google Maps
3395 Cody Lane, Teton Village, Wyoming, 83025, USA
+13077332292
Visit Website
Visit Facebook page
Give us feedback 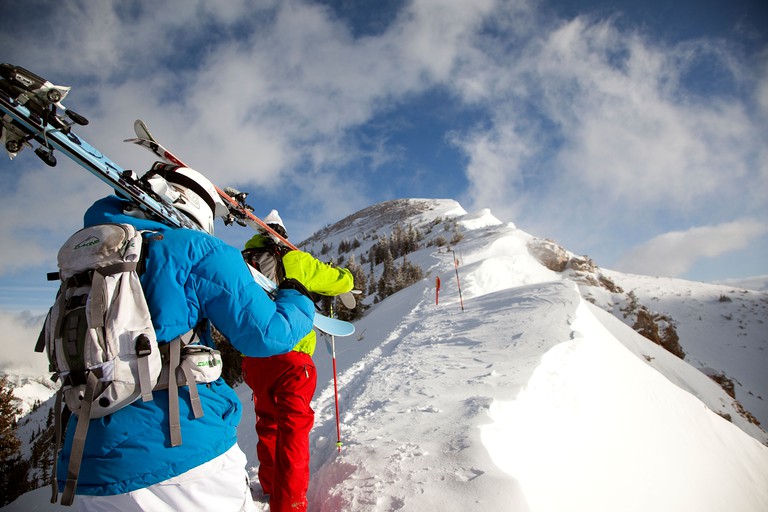 © Cavan / Alamy Stock Photo
Nestled in Little Cottonwood Canyon in the Rocky Mountains, Snowbird is an ideal substitute to the nearby overcrowded Salt Lake City. Champagne powder, wildly steep terrain and less populated runs make this resort exceptional. Plus, one trip up the aerial tram will take you to the top of Snowbird’s 3,240-foot peak, allowing skiers to conquer the mountain in one long ride. The town, while it doesn’t bear the typical Swiss-style chalets or massive log cabins, is occupied by a colossal luxury resort, The Cliff Lodge, meaning easy ski-in, ski-out access, world-class spa treatments, prime shopping, and upscale dining.
Open In Google Maps
Sandy, Utah, 84092, USA
+18019332222
Visit Website
Give us feedback 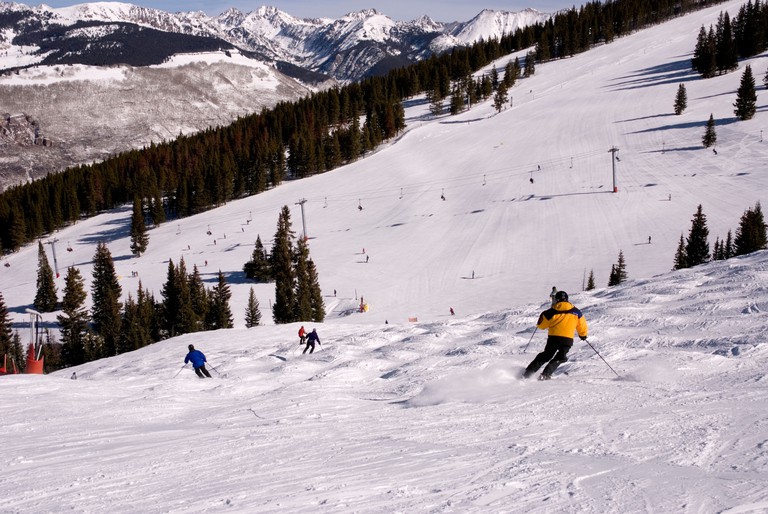 © Art Directors & TRIP / Alamy Stock Photo
Vail Ski Resort is one of the most renowned ski resorts in the world and has maintained its reputation for excellence year after year. Vail Village, modeled after Bavarian-style snow resorts, is applauded for its cozy mountain feel, stunning surrounding landscape, and impeccable guest services. The pedestrian-friendly streets offer an array of shops, spas, restaurants, après ski nightlife, and epic lodging. Plus, Vail’s slopes are legendary, blanketed with knee-deep powder alongside three terrain parks, 31 lifts, and 195 runs with everything from wide open back bowls to glades and chutes.
Open In Google Maps
Vail, Colorado, 81657, USA
+19707548245
Visit Website
Give us feedback 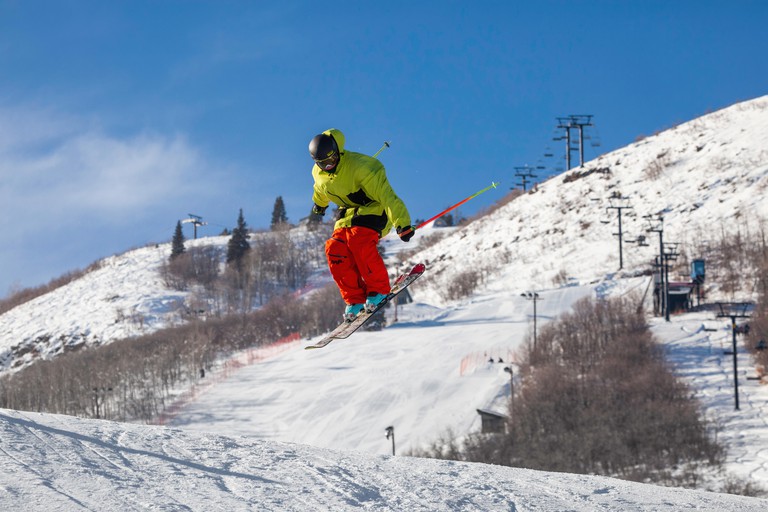 Aspen continues to reign supreme in the world of skiing. Snow-capped peaks, famous black-diamond terrain, and a charming downtown lined with boutique shops, chic restaurants, and a booming nightlife scene beckon to sports enthusiasts from all over the globe. Aspen Snowmass, which currently encompasses four separate mountains, is one of the most famous winter destinations, with its largest resort, Snowmass, offering the most vertical feet of skiing in the US. Snowmass comprises over 3,000 acres, known for its wide runs, family-friendly activities, ski-in, ski-out villages, and terrain parks. And if you’re into extreme skiing, this is the place to be. 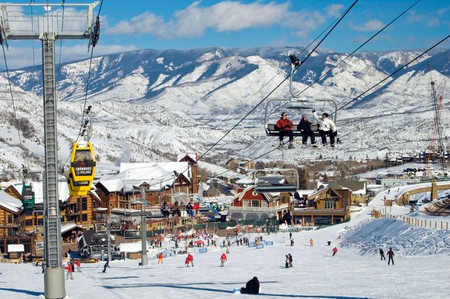 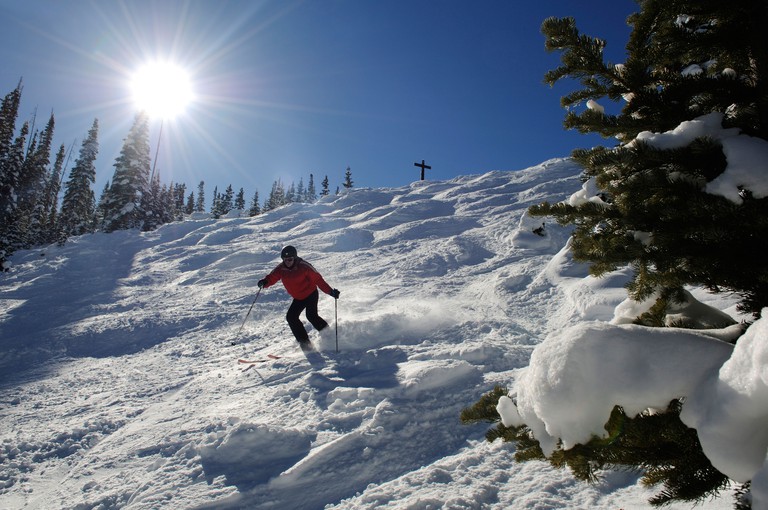 © imageBROKER / Alamy Stock Photo
Tucked within a canyon amid the San Juan Mountains, Telluride Ski Resort is home to the most 13,000- and 14,000-foot-high peaks in North America. Not only are the dramatic landscape views unequaled anywhere else in America, but Telluride offers over 2,000 acres of slopes. And although it’s applauded for its extensive advanced terrain, this Colorado mountain town offers plenty of runs for the beginner or intermediate skier. An added bonus: because of its location, Telluride rarely has lines or crowds. The town, an old mining camp from the 1800s, boasts an old-world charm and is brimming with luxury hotels, ski-in, ski-out lodging, boutiques, and world-class dining.
Open In Google Maps
565 Mountain Village Boulevard, Telluride, Colorado, 81435, USA
+18007788581
Visit Website
Visit Facebook page
Give us feedback
Give us feedback