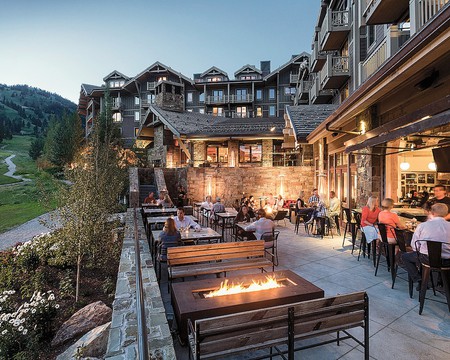 When it comes to trip-planning, America’s national parks are like Disney World—not only are they large, looming and overwhelming, but these are also places where dining takes a backseat to other priorities, often relegated as a last-minute decision.

Across the country, national parks are home to destination-worthy restaurants that match the ethos of the parks by highlighting local ingredients and cultural pastimes. From a thermally fueled brewpub to a wanderlust-inspired roadside haven, here are some of the best restaurants in U.S. National Parks. 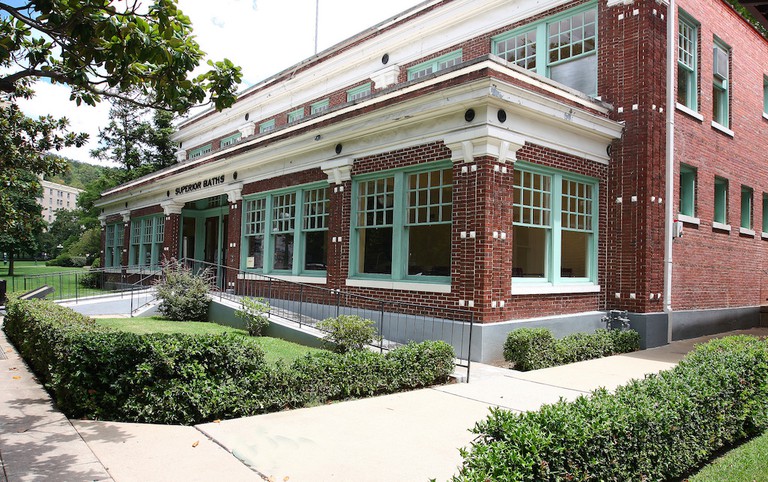 Located along the bustling and historic Bathhouse Row in Arkansas’ Hot Springs National Park, Superior Bathhouse stands out as the first brewery located within a national park. The lively brewpub actually brews with the park’s famed thermal waters, making it the first of its kind in the world to use hot spring water to make beer. So, as you’re sipping your stout or IPA, contemplate the fact that the water used to make your beer had slowly been trickling deep down into the earth since around the time the Egyptians built the pyramids. Since then, droplets of ancient rainwater have been heated and pushed back to the Arkansas surface before ultimately landing in your pint glass. Superior Bathhouse rounds out its beer list with a hearty menu of sausages, sandwiches and other brew-friendly bites. 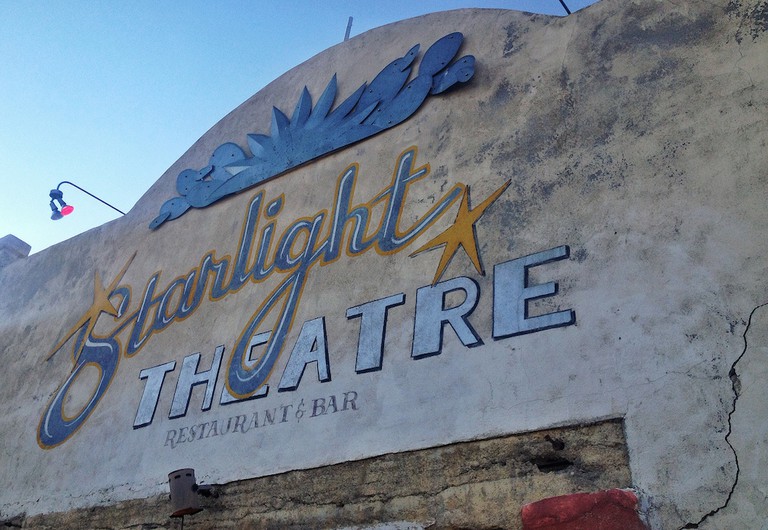 The Starlight Theatre is a mecca for entertainment, tequila and inventive Tex-Mex in a Texas ghost town | © switthoft / Flickr

Dining at the Starlight Theatre, a boisterous saloon and restaurant in the Terlingua ghost town, is an essential repast after a hike through Texas’ mighty Big Bend National Park. A quintessential desert oasis, this raucous eatery and entertainment venue puts its stamp on West Texas traditions, with a menu that runs the gamut from chicken-fried wild boar and tequila-marinated quail to mesquite-smoked brisket and prickly pear margaritas. Altogether, it’s essentially the menu version of things you’re likely to see in the wilds of West Texas, dished out in a vibrant and energetic space that feels like a time capsule to another era. 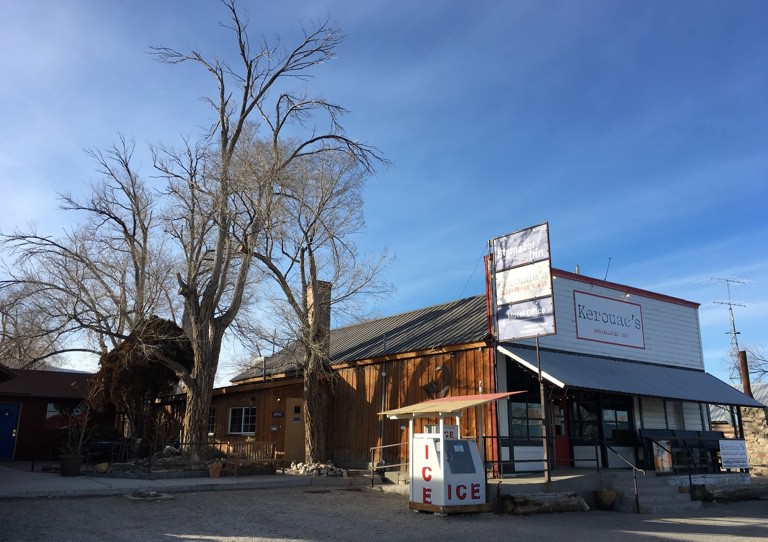 You may need to have a bit of wanderlust to find Kerouac’s Restaurant. Located at the remote (and underrated) Great Basin National Park in sleepy Eastern Nevada, Kerouac’s requires quite a trek, but it’s entirely worthwhile for its quality cuisine, friendly service and the nearby vistas. The restaurant is housed at the quaint Stargazer Inn in Baker, offering an updated twist on the kind of eclectic, hearty cuisine that fuels American road trips. This means burgers on brioche buns, pancetta pizzas, whole-grain pancakes, biscuit sandwiches and an impressively deep bar program—all served in a cozy atmosphere that would make Jack feel right at home. 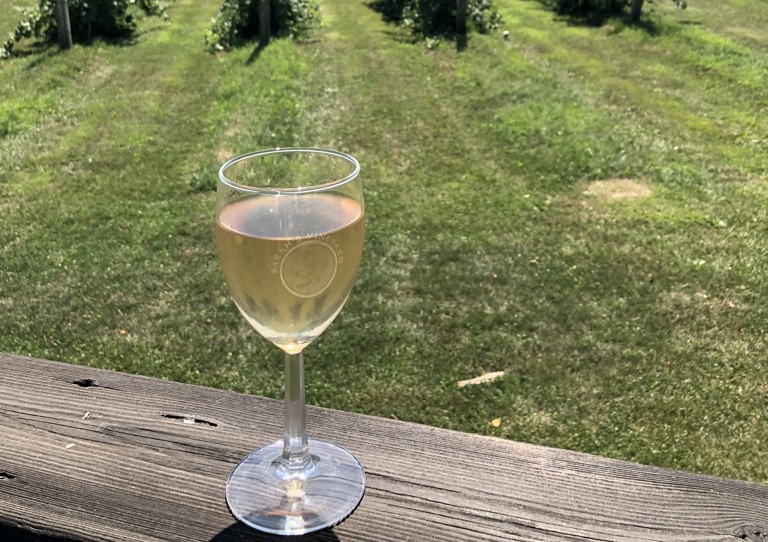 Trees, canyons, rivers and cacti are common sights at national parks, but wineries? Not so much. Sarah’s Vineyard in Ohio’s lush Cuyahoga Valley National Park holds the distinction of growing nine varietals of grapes right in the park, so after a day spent hiking, biking and chasing waterfalls, visitors can luxuriate with a glass (or a carafe) of Cabernet Franc, Vidal or Chambourcin. The vineyard was planted in 2003, and today, it’s a haven for diners and drinkers looking to relax in between treks. The menu does a good job with American comfort food, like soft pretzels with warm beer cheese, chili mac, house-made meatballs and pulled pork sandwiches. In addition to ample patio space overlooking the vines, the lofty, barn-like restaurant also doubles as an art gallery, with plenty of unique trinkets and paintings to peruse and purchase. 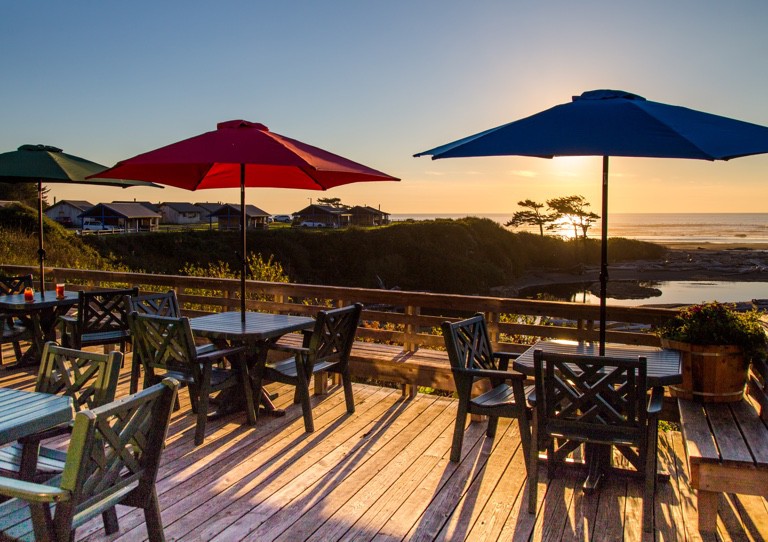 Perched atop a bluff overlooking the misty Pacific Ocean, Creekside Restaurant in Kalaloch Lodge is a cozy alcove that provides a front-row seat to all the natural action. The restaurant, which is decked out like a rustic cabin, takes its national park location seriously; its menu is rigorously sustainable and locally sourced as much as possible. At peak growing season in the warmer months, ingredients, especially the seafood, are mostly organic and sourced from within a 150-mile (241-kilometer) radius. Everything from Dungeness crab salad and local cheese plates to barbecued salmon in smoked apple-marionberry sauce and Thai herb steamed clams are ripe for the feasting. Even the wine list is local, as Creekside only pours Washington vino. 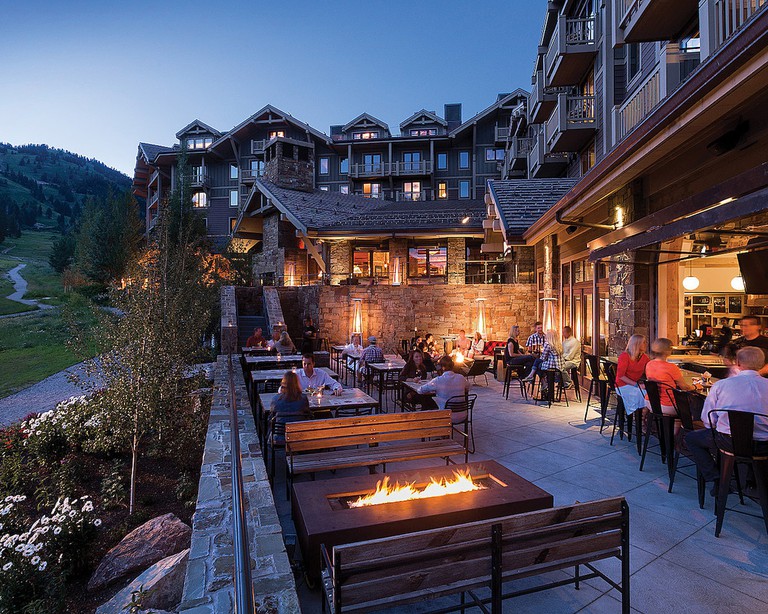 The Handle Bar is a haven for hikers and skiers in Grand Teton National Park | © Don Riddle / Courtesy of the Four Season Hotel, Jackson Hole

Nestled at the foot of the Teton mountain range in Grand Teton National Park’s charming Teton Village, a mecca for hikers and skiers alike, The Handle Bar is the quintessential lodge. Owned by celebrity chef Michael Mina and presided over by Chef Michael Lishchynsky, the restaurant does a masterful job with locally sourced mountain fare—think elk chili, wild game meatball soup, smoked trout salad, garlicky hanger steak—all presented in a casual yet chic pub atmosphere. Craft cocktails and beer are in abundance; guests can even roll dice to randomly determine a shot, chaser and beer back. Be warned: some of the chasers are a bit wild, like pickled green bean juice and hot dog water.