The Best Movies by Quentin Tarantino You Should Watch

Love him or hate him, it’s impossible to deny director Quentin Tarantino’s impact on modern cinema. His highly stylized, often violent, bitingly clever and rarely linear films are rapidly becoming part of the contemporary film canon. Incorporating elements of neo-noir, spaghetti westerns, the Gothic and revenge flicks, Tarantino’s movies pay homage to all of the genres that came before him, yet are entirely new and innovative. Let’s take a look at some of his finest works… 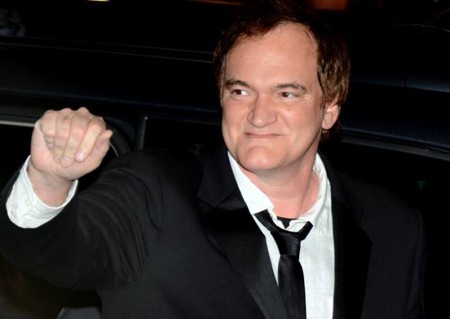 Tarantino’s directorial debut features many of the cinematic themes that have since become his trademarks: violence, non-linear narrative and black humor, to name just a few. It is the convoluted tale of a group of criminals committing a diamond heist, flipping between their pre-heist breakfast, each man’s individual backstory, and the repercussions of the crime later in the day, as their actions and identities unravel on screen. Referred to as the greatest independent film of all time by Empire Magazine, it has become a cult classic and a real leader in the field.

The director’s widely acclaimed sophomore effort earned him the Oscar for Best Original Screenplay, as well as nominations for Best Picture and Best Director and the Cannes Palme d’Or. Tarantino peppers the film with pop culture references, dry humor and wit, and more than a little blood and violence. Another non-linear story, it consists of vignettes of criminals and mobsters in Los Angeles, with all of the characters’ narratives eventually converging into one disastrous and inevitable end. The film revitalized actor John Travolta’s career, and further cemented Tarantino’s reputation as a director to watch.

Uma Thurman plays the Bride, formerly a killer in the Deadly Viper Assassination Squad, an all-female assassin group under the guidance of leader Bill. Having been attacked by her former compatriots, the Bride sets off on a path of vengeance and the film follows her exploits as she hunts down and fights the other assassins. Paying tribute to Japanese samurai films, kung fu movies, and even spaghetti westerns, it most of all is an homage to female power; the women of the film are ruthless, capable, and fearless like no other heroes in the narrative.

The Kill Bill films were intended to be released as one complete film, but the potential four-hour runtime meant that they were split into two films for theatrical release. This movie continues the plot of its predecessor, giving more backstory to the Bride, and the two films together comprise a storyline of epic proportions, capitulating Tarantino’s status as an iconic filmmaker of our age.

Garnering no less than eight Academy Award nods – as well as several BAFTAS for leading actor Christoph Waltz – Inglorious Basterds tells the interwoven dual plot of two plans: one of a Jewish cinema owner in Paris (Mélanie Laurent) and one of a battalion of American soldiers led by Special Forces Lieutenant Aldo Raine (Brad Pitt), and their efforts to terrorize and defeat Nazi Germany. Equal parts hilarious, chilling and absurd, it is altogether an enthralling watch which won’t allow even a blink throughout!

Tarantino’s highest-grossing film to date, this spaghetti-westernesque flick takes place in the Antebellum American South. Django tells the story of its titular character, a slave portrayed by Jamie Foxx, and also features Christoph Waltz as a bounty hunter, Kerry Washington as Django’s wife Broomhilda, and Leo DiCaprio as a cruel slave-owner. The star-studded cast is at its very best in this politically charged, highly stylized, period piece with plenty of classic Tarantino twists and turns.