Harshly dividing critics and readers alike, Kurt Vonnegut Jr. will nevertheless be remembered as one of the most important and influential writers of the 20th century. With a body of work spanning over 50 years, Vonnegut’s distinctive style and voice, as well as the ambitious themes that he tried to tackle, have left a legacy that demands exploring. Here we list the very best books by the author. 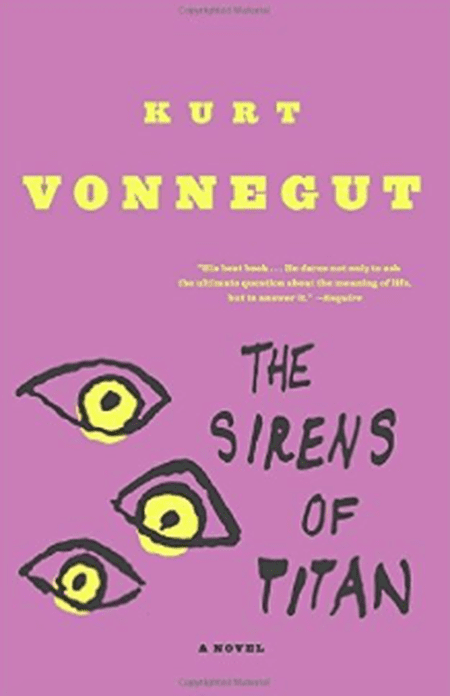 Recognized by many as Vonnegut’s greatest novel, this is also perhaps his most traditional piece of science fiction. Vonnegut himself decried the critical treatment of this genre, suggesting that commentators usually mistook its filing drawer for a urinal. The Sirens of Titan is perhaps the best answer to that statement, a brilliant tour de force firmly deserving of its serious critical acclaim. Vonnegut explores familiar themes about existence and self-direction, the apparent chaos of the universe, and the role of the individual within it. He is essentially asking the fundamental question: what is the meaning of life? Taking place between Earth, Mars and Saturn’s moon, Titan, this interplanetary journey is epic in its ambition and scale. 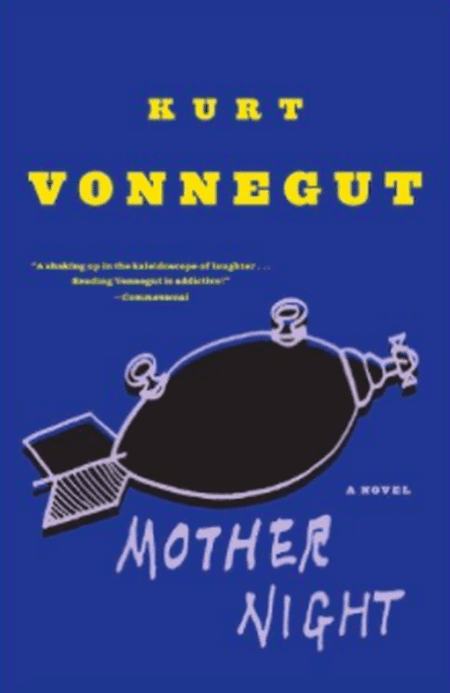 Another of Vonnegut’s superb works of satire, Mother Night is the tale of the reluctant American Nazi propagandist Howard W. Campbell Jr. With its moral message, that we are what we pretend to be, and so must be extremely careful about what this is, Mother Night is a cautionary tale excellently spun by its author. Purportedly told through Campbell’s actual memoirs, Vonnegut cleverly uses meta-fictional quirks to outline his philosophy. 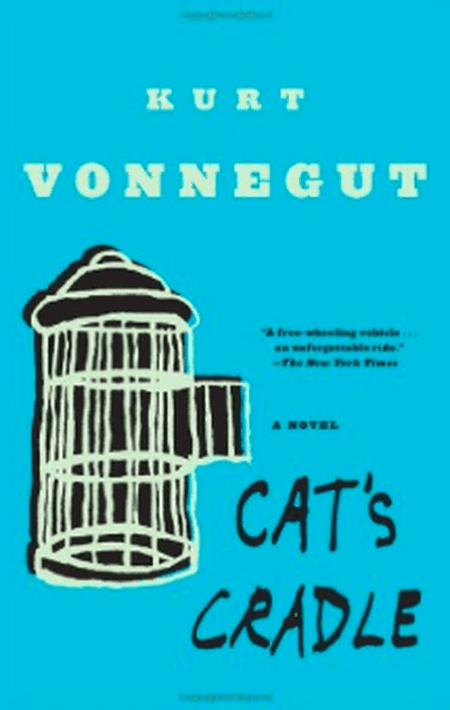 Opening with Armageddon looming, and the threat of global extinction through scientific endeavour becoming quickly and horribly apparent, Cat’s Cradle advances smartly and with the inimitable dark humour that became so closely associated with Vonnegut’s work. Brilliantly satirising religion as salvation for humanity’s woes, this work has rightly endured as testament to Vonnegut’s masterful writing and timeless ideological concerns. Cat’s Cradle is an excellent book, a somewhat more restrained offering that is sure to hook the reader and stay with them long after its cover has been closed.

A collection of short stories by Vonnegut written throughout the 1950s and 1960s, all in the author’s signature voice. The stories explore a number of themes, including over-population, over-consumption and sexual revolution, so there is more than enough for the Vonnegut fan to enjoy here. This work may seem slightly dated, an offering very much of its time, but nonetheless there is a relevance to Welcome to the Monkey House that will inform, and in places amuse, the reader. This work has also been adapted into a TV series of the same name, hosted by its author. 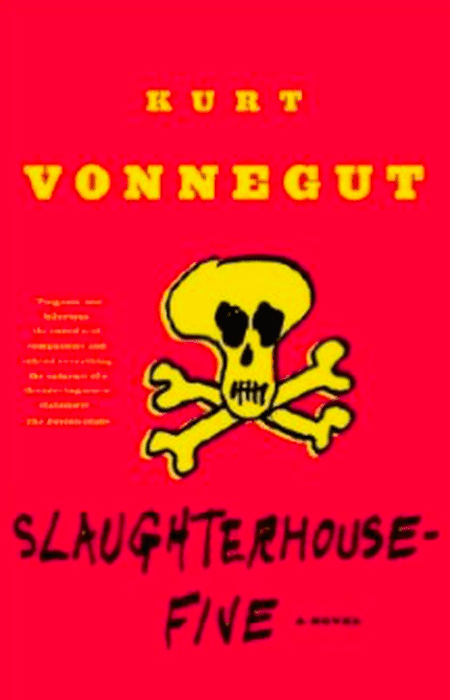 Amongst the most recognisable of Vonnegut’s novels, Slaughterhouse 5 centres on the Allied bombing of Dresden at the end of the Second World War. This act, which destroyed what Vonnegut believed was the most beautiful city in the world, encapsulates the inane and heartless violence of war, and crushes any illusions of romance about the Allied victory. Vonnegut’s refrain of ‘so it goes’ speaks of this thoughtlessness, and it is echoed throughout the novel in reference to any human tragedy. This novel, through its fragmented and non-linear structure, has at its heart the most important humanist ideas. 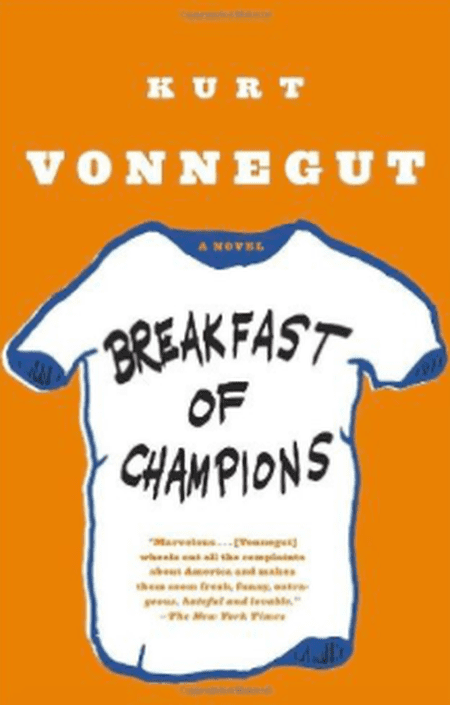 As Vonnegut neared 50, he wished to clear his head of the various themes and idea that were still knocking around. Only a writer this accomplished could do so in such style. This is perhaps the most unhinged work on this list, and its galloping and entertaining story unfolds in a way that drags the reader along by the scruff of the neck. Though later dismissed by Vonnegut as being of a lesser standard than much of his other work, this novel is a wild tale. It is also perhaps the longest introduction Vonnegut gives to Kilgore Trout, one of the authors greatest characters. 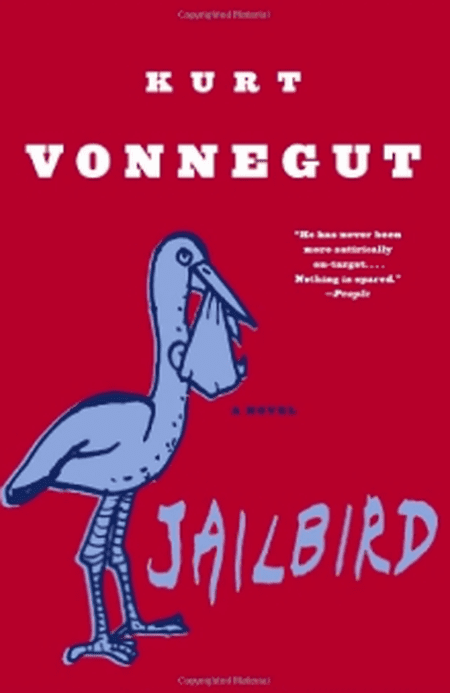 Perhaps the most overtly political work in the Vonnegut’s canon, Jailbird is largely concerned with the Watergate scandal and the political and social landscape surrounding it. Told through memoirs, in a similar way to Mother Night, the narrative voice of Walter F. Starbuck attacks capitalism and the corporate machine (the fictional RAMJAC) as well as Communism, the political system and the American labour movement. Few punches are pulled. Although a comedy, Vonnegut tackles serious themes in style.