The Best Books by Jack Kerouac You Should Read

Famous for his involvement in the Beat Generation, Jack Kerouac left behind a prolific and often scrutinized bibliography of work. As a symbol of the counter culture of the 1950s, his prose embodied authentic, subversive experiences and has influenced countless others since publication. Check out the following selection to gain an understanding of one of the USA’s most passionate, visceral and divisive authors from the 20th century.

Kerouac’s first novel is a great way to understand just how much the writer’s style evolved during his career. As a young admirer of the American author Thomas Wolfe, Kerouac sought to emulate the man’s poetic yet autobiographical style, contrasting a fictionalized version of his home town with his inner-circle in New York City. This book was not a commercial success, but remains an important study in Kerouac today.

Perhaps the legend that grew out of Kerouac’s best-selling work, On the Road, surpasses the merit of the text itself. Based on the author’s ravenous journeys around the country and south of the border, On the Road is the record of a friendship put through the trials of down-and-out travelling, but also an ode to a generation seeking an alternative pathway through life. Raw, wild, visceral and unforgettable, whatever you may think of this whiskey-fuelled magnum opus scrawled over a single scroll, there’s no doubt that it is one of the most totemic narratives of the last 100 years.

Published not long after On the Road in 1958, The Subterraneans tells the story of Leo Percepied’s short but intense relationship with Mardou Fox, a black woman from San Francisco’s jazz subculture. The novella considers the social problems of each character through the lens of alcohol and drugs and romance alike, commenting on the nature of inter-racial love in late 1950s America. Read this work for Kerouac’s fluid, mellifluous lines, which will keep you reading without a breath. 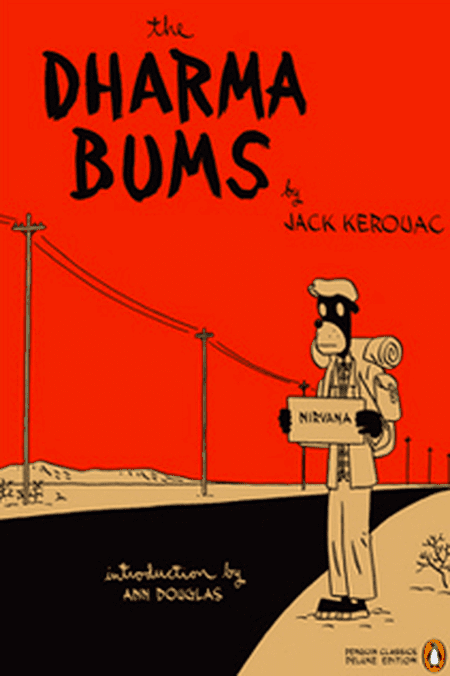 After growing famous as the enigmatic author of On the Road, Kerouac wrote The Dharma Bums to – at least in part – escape the popular attention he received from the American media after the publication of his seminal work. Becoming more interested in the great outdoors and Zen Buddhism through the teachings of his friend Japhy Ryder, also known as Gary Snyder, Kerouac writes about his trips to the Rocky Mountains in contrast to those familiar scenes of city life, drug taking and hedonism.

Even Kerouac experimented with fantasy and dream-induced plot lines, giving his novel Doctor Sax, published in 1959. Based on his childhood town of Lowell, Massachusetts, this work develops memories of Kerouac’s youth, as referenced in On the Road. The story tells of a Great World Snake, whose ambition to devour the earth and its contents is challenged by the dark, enigmatic figure of a neighborhood man named Doctor Sax. In short: a fine piece of befuddling philosophy straight out of the psyche of the beatnik world!

Big Sur, one of Kerouac’s last books before his death in 1969, recounts three separate trips to friend and poet Lawrence Ferlinghetti’s cabin, located in Bixby Canyon, California. This work marks Kerouac’s slow decline from alcoholism and anxiety, and stands gravely in opposition to the youthful spirit of On the Road.

Complete with an introduction by Kerouac’s great friend Allen Ginsburg, Visions of Cody is an experimental project created with omitted scenes from the writer’s second novel, On the Road. Having claimed to have never rewritten anything in his life, he wrote and rewrote inserts to use in his works for most of his career. This book is a product of that process, and the storyline is non-linear as a result. In two parts, Kerouac links together sketches of everyday, sensory experiences with tape-recorded conversations with the beatnik legend Neal Cassidy. Read this book as a supplement to On the Road, to understand the author’s complete vision for his most popular work.