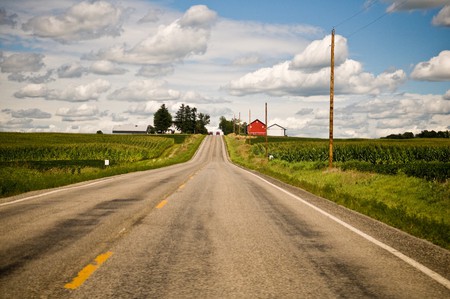 The Amish are famous for leading a supposedly low-tech lifestyle, eschewing electricity, cars, and other modern conveniences because they believe too much reliance on those services breeds dependency and attachment to material things.

But behind this Luddite exterior (and the many ways in which the Amish genuinely are low-tech), some innovations have been going on underneath the hood, so to speak.

One of the predominant ways in which the Amish have been updating is their buggies. While they look quaint and old-fashioned, they have actually undergone a rather massive technological upgrade, being as they are the only mode of transport around. 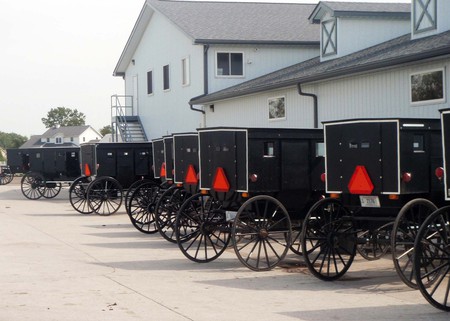 State law has mandated some of these updates. For example, Ohio and Pennsylvania, both of which are home to large Amish populations, require buggies to be equipped with electric lights for driving at night. “Ninety-nine percent of buggies are built with a dash,” a mechanic in Amish country told Popular Mechanics. “We have headlights, taillights, interior lights, and a turn signal switch.”

But the innovations since the buggy’s heyday in the 1800s don’t stop at electricity. Many buggy owners have also outfitted their rides with airbags and have brakes installed in case their horses don’t get the memo when the driver pulls on the reins.

And while the buggy was constructed strictly with wood in the past, today, it is made of much of the same material as cars. Buggies are built out of fiberglass and aluminum, with wood, oak, and fabric thrown in mainly for effect. And even the wood is technologically modified sometimes—thermally modified wood is becoming popular since the technology helps the wood resist rotting when exposed to the elements. 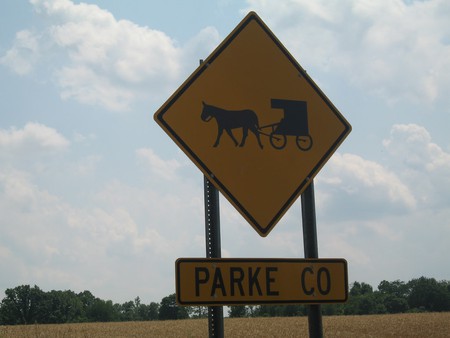 But buggies aren’t the only way the Amish are updating with the times. The Amish can apply to use any type of technology they like, and as long as a church elder approves, they are free to use it. Many Amish carpenters and builders have incorporated cordless drills and hydraulic-powered saws into their repertoires so that they can complete their work more efficiently, and business owners have telephones in order to communicate with customers who will not realistically drive to their shops to ask a question.

The difference between the way the Amish approach technology and the way Americans writ large do is largely in the skepticism with which the Amish view innovation, says Amish expert Donald Kraybill. “[The Amish] are more cautious—more suspicious—wondering if this is going to be helpful or is it going to be detrimental?” Kraybill told NPR. “Is it going to bolster our life together, as a community, or is it going to somehow tear it down?”

So even if there is no chance we’ll be forgoing our cars for even the most high-tech of buggies anytime soon, it’s worth considering the Amish approach to technology the next time a fantastical innovation promises to transform your life for the better. It may indeed improve some element of it, but at what cost?