The American pop artist Roy Lichtenstein (1923 – 1997) became an influential figure during the 1960s, and is celebrated for his comic book inspired artworks. Whilst reflecting the content, Lichtenstein’s work transformed the scale and the context of mass-produced images, a process that engendered a fierce critical debate centred on originality and snobbery in the art world. Here we explore some of the best places to view his work. 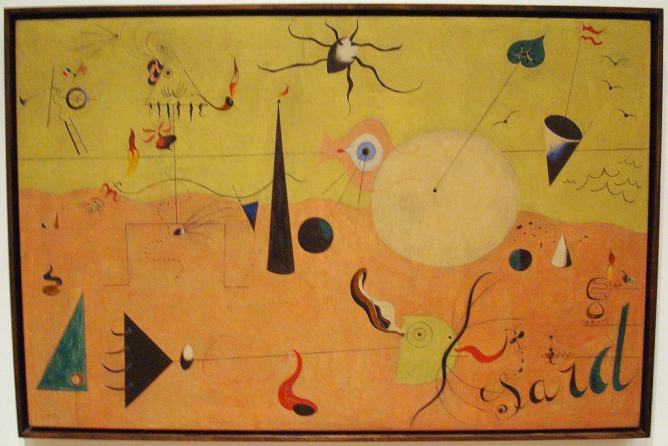 The world-famous Museum of Modern Art, in midtown Manhattan, New York, holds a sizeable collection of Lichtenstein works, the most important of which is arguably Drowning Girl (1963). The famous painting, depicting a weeping woman caught up in a wave, derives from a 1962 comic panel, and utilises techniques such as Ben-Day dots to recreate the effects of mass-produced, printed images. The pop art masterpiece is amongst over 30 Lichtenstein works held by the museum. 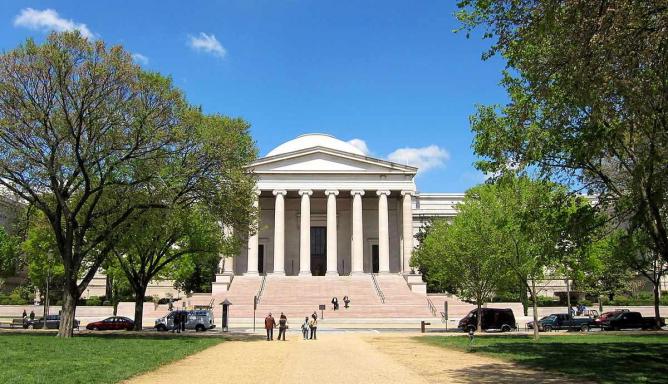 The National Gallery of Art in Washington D.C. boasts the largest single collection of Lichtenstein works, many of which were donated by the artist himself during the 1990s. The permanent collection includes over 100 prints, books, and sculptures, as well as paintings. The most important work housed here is Lichtenstein’s famous 1961 oil on canvas painting, Look Mickey – which demonstrates the artist’s first use of a comic strip aesthetic. 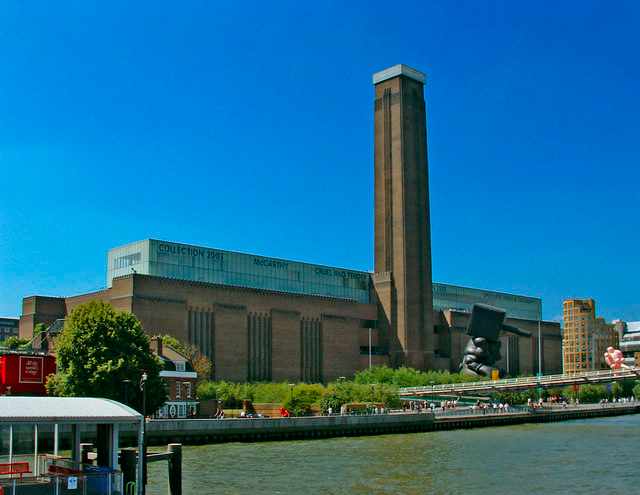 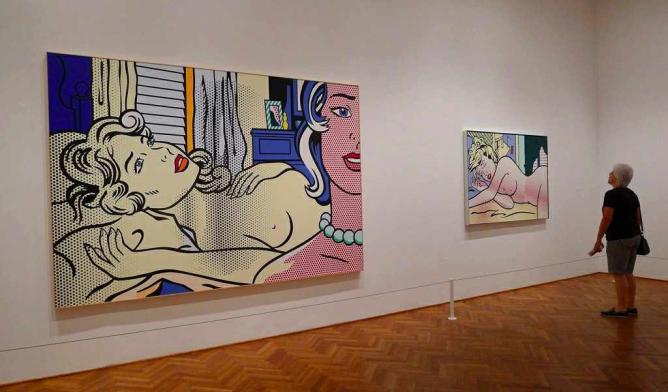 Lichtenstein at The Art Institute of Chicago | © Lori L. Stalteri/Flickr

The Art Institute of Chicago has two important Lichtenstein paintings on display: Brushstroke with Spatter (1966), and Mirror #3 (Six Panels) (1971). The former piece, though utilising the familiar techniques of Ben Day dots, bold colours, and black outlines, is more abstract in nature, zooming in on the artist’s brush and spattered paint. The enigmatic work has been interpreted by some as a parody of Abstract Expressionism.
More Info
111 South Michigan Avenue, Chicago Loop, Chicago, Illinois, 60603, USA
+13124433600
Visit website
Museum Ludwig, Cologne
Museum

Germany’s Museum Ludwig boasts a large holding of 15 Lichtenstein paintings. Displayed on the lower floor (on rotation), the majority of the collection dates from the 1960s, although it also includes on of Lichtenstein’s latest works, Tall Mountains (1996). M-Maybe (A Girl’s Picture) (1965) is probably the most famous item on display – another comic frame piece depicting a woman, and alluding to a frustrated relationship with an anonymous man (“M-Maybe he became ill and couldn’t leave the studio!” reads her thought bubble).
More Info
Heinrich-Böll-Platz, Innenstadt, Köln, Nordrhein-Westfalen, 50667, Germany
+4922122126165
Visit website
Museum of Contemporary Art, Los Angeles
Museum, Shop, Building 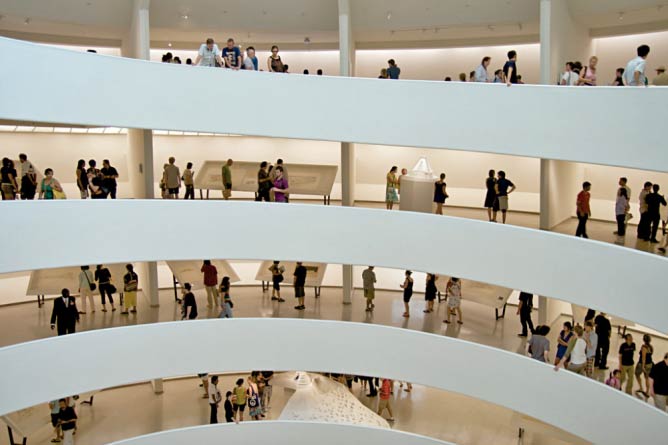 The permanent collection at the Los Angeles Museum of Contemporary Art (MOCA) houses a number of works by Lichtenstein. Interestingly, most of the pieces held here date from early on in Lichtenstein’s career, before he adopted many of his trademark techniques. Works such as Cowboy (1957), Navajo (1957), and Mother and Child (1950) demonstrate the influence of Cubism and Expressionism on his early career output.