The 5 Best Movies by Howard Hawks You Should Watch

Howard Hawks’ name is something of a stamp of quality in the world of classical Hollywood cinema. He was an American director who managed to take almost any genre and create a terrific experience for spectators, from westerns to musicals, from gangster movies to comedies. His 1932 movie, Scarface, is truly timeless, but take a look at these other masterpieces… 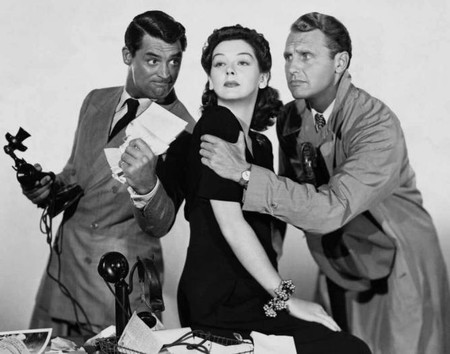 Hawks played with gender role in a way which was innovative for his time and this is best reflected in this movie about the battle between the sexes. The film is an adaptation of a Ben Hecht and Charles McArthur play The Front Page, but Hawks wouldn’t be Hawks if he didn’t give the story a completely new twist by changing the hard-driving newspaper reporter Hildy Johnson of the original from a man to a woman, here played by the beautiful Rosalind Russel. Her counterpart, editor, and ex-husband who tries to win the about-to-be-engaged Hildy back is played by Cary Grant, the great actor of classical Hollywood cinema. It is a swift and innovative comedy with instantaneous plot twists and overlapping dialogues and is unquestionably one of the best Hawks’ works. 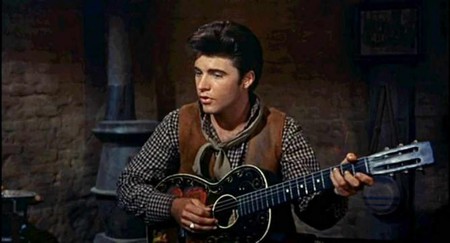 This movie, combining the western and comedy genres, is a story about a small-town sheriff (played by John Wayne) in the American West who asks for the help of a cripple, a drunk (Dean Martin), and a young gunfighter (Ricky Nelson) in his efforts to hold in jail the brother of the local land baron who has all the strings in his hands. As the tension between the sheriff and the baron’s men grows, Wayne’s character has to find a way to protect the town’s interests and punish the murderer at the same time. Rio Bravo features another of the main types of characters in Hawks’ movies (besides strong-willed women) – macho men. The most excellent example of this type, John Wayne, is a delight to watch as his acting in this movie is impeccable. 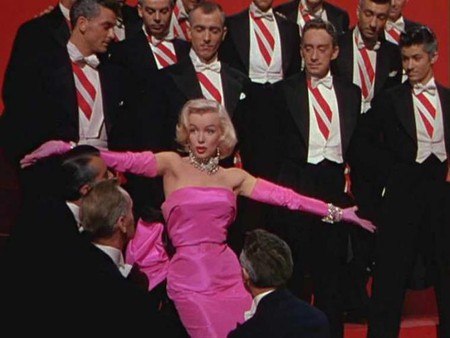 This musical comedy starring Hollywood sex sirens Jane Russell and Marilyn Monroe is great proof that Hawks didn’t need a “high genre” to make a classic that is still studied at universities as part of the course on the history of cinema. What makes this lighthearted film such an important part of cinema’s history? Well, first of all, this is a film that celebrates femininity and female friendship; something very unusual at the time. It is also probably the only film of the classical Hollywood cinema that shatters Laura Mulvey’s theory that the cinema is always based on a male gaze at a woman filled with desire. In Gentlemen Prefer Blondes, the protagonists are two women who essentially remain together and display a perfect friendship, which is only surpassed by Lorelei’s (Monroe) passion for the diamonds. However, male characters play only a secondary role throughout the film and, while the women are portrayed as strong and deciding their own fate (even if that fate is to marry an old billionaire), the men always remain in the background. 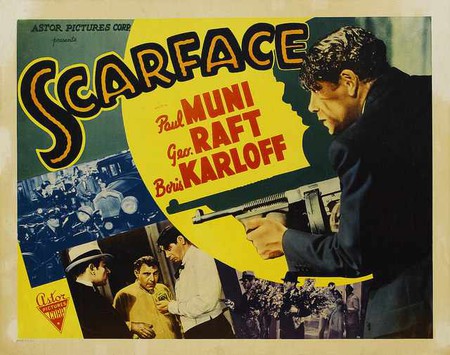 This movie, based on Armitage Trail’s novel of the same name, tells the story of an ambitious and violent gangster, obviously based on Al Capone, an American crime boss who attained fame during the Prohibition era. At the beginning of the movie, Antonio Camonte (Paul Muni) is swiftly climbing the ladder of success. Having killed the leading crime boss of the city’s South Side, he earns his boss’ trust and is successfully seducing his beautiful girlfriend, Poppy. It seems that an electric billboard advertisement outside Antonio’s apartment with the words “The World is Yours” which he proudly shows to Poppy is a perfect definition of his life. However, his weaknesses prove that a man can only go so far when ruthlessly seeking his own goals, and his downfall will be as great as his rise was. 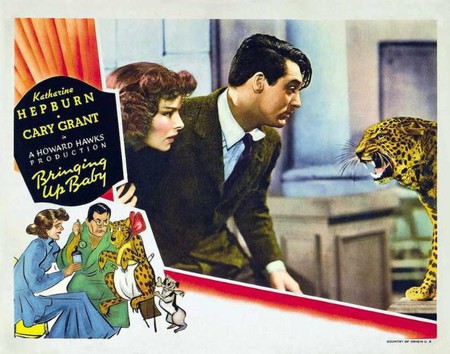 The legendary Katharine Hepburn and Cary Grant form the leading couple in this comedy about a conservative and mild-mannered paleontologist who keep bumping into a beautiful but completely absent-minded woman and her aunt’s pet leopard (yes, leopard!) called Baby. Their encounter completely messes up Grant’s character’s plans to get a huge museum donation from an aristocratic lady (who turns out to be Hepburn’s aunt herself) and marry a sour and strict Alice Swallow, leading to many funny and absurd accidents typical of screwball comedy.