The 420 Games Are Trying to Destigmatize Cannabis Usage 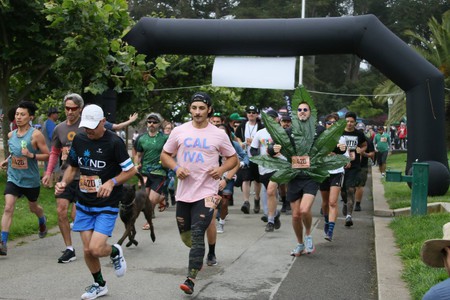 The 420 Games are a series of events that celebrate the consumption of cannabis as part of a healthy and responsible lifestyle while destigmatizing its use. Founder Jim McAlpine discusses his relationship with the drug and the significance of the 420 Games.

Jim McAlpine was a star athlete at Menlo-Atherton High School in Atherton, California. He was the starting forward on the soccer team and starting pitcher on the baseball team.

During senior year, McAlpine and his friends discovered a way to maximize their weightlifting sessions. Before heading into the gym, the group would consume “a supplement” – a code word the teens used.

“That’s when the lightbulb went off,” he says. “I wasn’t a stoner per se, but I was smoking to be active.”

McAlpine first smoked marijuana in high school recreationally. As he began using the drug more frequently, he realized it had a positive effect on improving his focus and thus athletic performance. 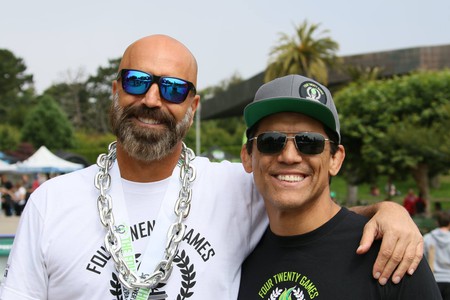 Due to the complicated legalization laws as well as endless variety of strains and types, the scientific research on cannabis, especially in relation to exercise and focus, is limited and varied. The other major variable is the consumer, as cannabis, no matter the strain or type, may have a different effect from person to person.

“I’m someone who uses marijuana every day, but if you call me a stoner I’m going to be offended because to me it implies stupid and lazy,” McAlpine says. “The stoner archetype created by the media is false. There is always going to be a stoner-type of person, but the majority of [cannabis] users are executives, moms, athletes; normal people who aren’t stoners.”

McAlpine continued to utilize cannabis to help study and focus while at the University of Colorado Boulder. A self-made entrepreneur, McAlpine needed a new venture after his ski/snowboard business SnowBomb fell on hard times. Inspired by Erlich Bachman’s vision quest on the HBO show Silicon Valley, McAlpine went in search for answers.

Armed with high-end cannabis and edibles from a local dispensary, McAlpine headed to Tahoe. As he packed his first bong, an episode of VICE on the Green Rush in Colorado came on. The wheels began turning. McAlpine stayed up that entire night smoking marijuana and developing his new business: The 420 Games.

The 420 Games were created to celebrate healthy and responsible cannabis usage as well as destigmatize the “lazy stoner” perception. The first iteration of the 420 Games took place in San Francisco in 2014. The event features a 4.20-mile race, yoga, live music, exhibitions, educational speeches and beer tastings. 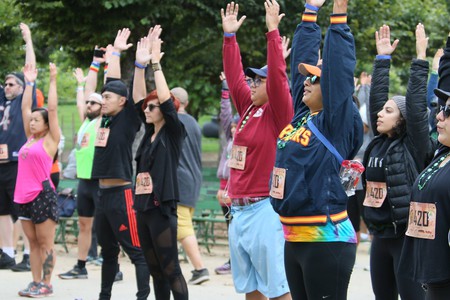 “We don’t put on a marijuana event, we put on an athletic event that promotes healthy cannabis use,” McAlpine says. “If you drove by our event, you’d think it was a 5K and not a marijuana event. It’s blossomed into a social movement that’s evolved into more than just my events. So many people now identify as a cannabis athlete.”

McAlpine has taken the 420 Games to San Francisco, Los Angeles, Denver, San Diego, Seattle, Boulder and Pittsburgh. The events will expand to Boston and Canada in 2019, and McAlpine says he’s currently in talks to sell the rights to a company that will bring the 420 Games international. 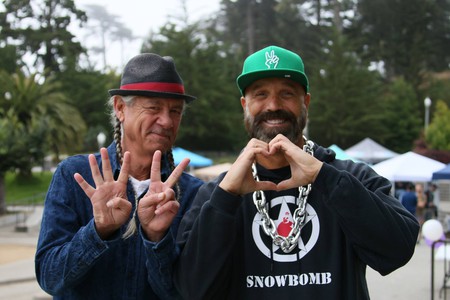 Always looking to expand his ventures, McAlpine also owns Cannathlete, a cannabis-based supplement company; is the executive director of New West Summit, a business-to-business conference that focuses on how technology will move the cannabis industry into the future; and is still trying to open Power Plant Fitness, a cannabis gym, fitness and wellness center.

“The world had been lied to and new true data is more accessible so people have the ability to figure out what’s true and what’s not,” McAlpine says. “People like myself and others who have ‘stepped out of closet’ – from athletes to Richard Branson to Oprah to (Barack) Obama – all these people who used cannabis shifted the consciousness of America [and made them realize] that the media has lied to them and all these claims possibly aren’t true.

“It’s not an evil drug, it’s actually a medicine.”