The Most Underrated American Cities You Should Visit

The Most Underrated American Cities You Should Visit

Biltmore Estate in Asheville, NC | © Smart Destinations/Flickr
When we think of the United States certain cities spring to mind. We think of the bustling streets of New York, the surfer dudes in Los Angeles, the Chicago businessman, the boho Seattle coffeehouse. Yet, as many Americans will tell you, there is so much more to this massive nation. Here’s our guide to the most underrated US cities you should visit today.

Despite the fall of Kodak, Rochester’s arts and culture scene is more vibrant that ever. The city is teeming with street murals by world-renowned artists waiting to be discovered. Rochester is home to the Eastman theater and a hub for jazz and orchestral music. There are many cultural festivals, including the jazz fest, as well as public markets, exceptional museums, beautiful parks, and attractions at the shores of the enormous Lake Ontario. The culinary scene is also phenomenal, featuring cuisine from every corner of the globe. There are great universities and nationally acclaimed high schools in the surrounding suburbs. Oh, and did we mention that Rochester is the birthplace of Wegmans?

The second largest city in New York State, Buffalo is another city that is springing to new life after the recession. Its streets contain amazing architecture by Lloyd Wright and it is also home to multiple national sports teams with die-hard fans including the Buffalo Sabres and the Buffalo Bills. Buffalo is also just a short trip away from Canada, particularly Niagara Falls. Buffalo serves as a college town to many, and with a university presence comes cultural enrichment. Buffalo has a great food and nightlife scene. Legend has it that Buffalo is the home of the chicken wing, hence Buffalo wing sauce, and it is one of the best places in the country to try a chargrilled hot dog. With a large Polish community, don’t forget to stop at an authentic Polish bakery before you leave town.

Located in southern Maine, Portland offers gorgeous ocean views as well as all the same perks of local lobster as Boston, yet its rents are vastly lower. In addition to a beautiful coastal aesthetic and historic downtown, Portland is home to a thriving art and music scene. There are always lots of things to do. Summers make Portland an excellent vacation retreat. The nearby Cape Elizabeth is picturesque with a quaint lighthouse and stony shores overlooking a blue sea is certainly worth visiting. Plus, Portland is home to many quaint hotels and inns. They have a multicultural foodie scene and all the craft beers you could ever need. Really, the culinary excellence alone is enough reason to get to Portland as soon as possible. 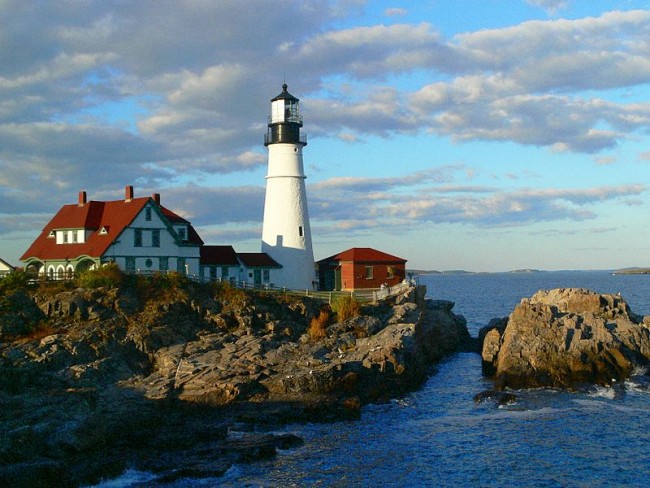 Madison is generally considered to be one of the most livable cities in the United States. It is a well-maintained city with a large student population. Madison is known to have a politically active youth population with a liberal persuasion. It is perched on the shores of three lakes — Mendota, Monona, and Waubesa — which are perfect for sailing in the summer months as well as ice fishing, skating, and playing ice hockey in the winter. Come and marvel at the Olbrich Botanical Gardens, which are also located on Madison’s waterfront. As Frank Lloyd Wright was born in Wisconsin, he designed many of Madison’s most striking buildings. Finish your stay by hitting up some of the city’s impressive art and historical museums.

Minnesota is largely depicted through the eyes of the Coen Brothers in films like Fargo. Yet, Minneapolis is a bustling city with a progressive vibe that stands in the middle of the Prairie. Despite frigid winters, there are always things to do here. In Minnesota style, and contrary to many other metropolises, people are consistently sincere and friendly. There’s a great host of cuisine to choose from, and the city is sprawling with art galleries and museums; many of these exhibits are free. Minneapolis is also one of the most bike friendly cities in the country because of its a huge urban bike trail system. Minneapolis has a great beer culture and you should probably get burger to go with that. The surrounding landscapes and lakes are stunning, too. 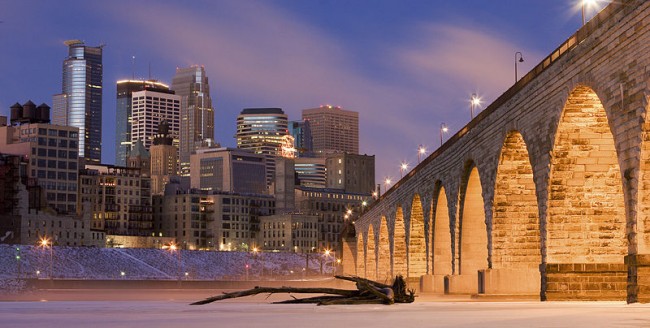 Montana is known for its vast open spaces and sparse population. Missoula is located smack bang in the middle of some of the most gorgeous natural scenery that the United States has to offer. Because it is largely a college town, there is a youthful downtown vibe amid myriad historic buildings with lots of cafes and eateries. Additionally, there is a pretty strong hippie population residing in Missoula, which makes it full of people who celebrate the city’s green spaces. Despite the numbers of people rapidly flocking to this city, Missoula is well planned and never feels congested. It is a pedestrian and bicycle friendly city, of course. 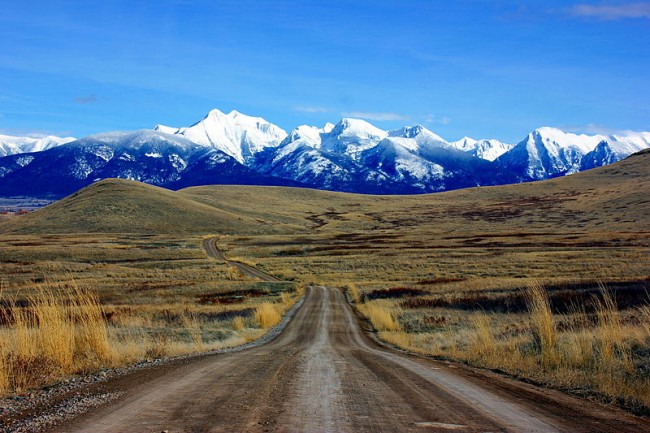 St. Louis represents a mid-western America that has been around long enough to develop its own distinct sense of culture that also includes a highly distinctive regional dialect. From the Rams to the Cardinals, St. Louis is home to a loyal set of sports fans which keep the city lively. Home to many Italian immigrants and their ancestors, St. Louis has a host of veteran Italian style restaurants and its very own dish, toasted ravioli. The city has a pretty good public transportation system as well. St. Louis also boasts several free museums and a solid nightlife scene. Come to St. Louis to experience a strong sense of local culture and community. Perhaps you might end up wanting to stay in this underrated US city. 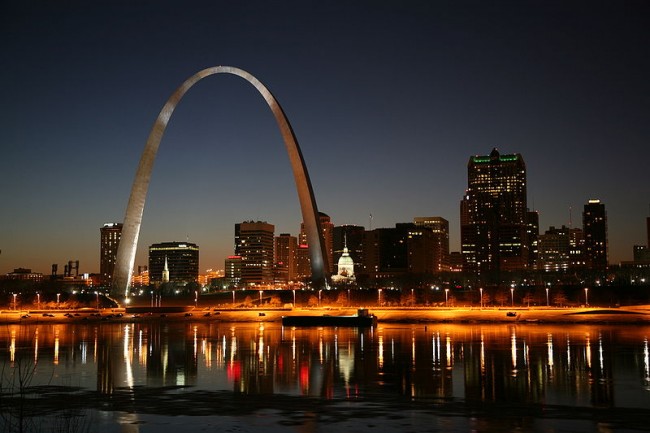 Located on the Missouri River, Omaha is a quaint city with cobblestone streets combined with a more modern skyline and pleasant people. Interestingly, Omaha is also home to the most billionaires per capita. The Old Market neighborhood holds many excellent cafés, great cultural restaurants, and cool shops. Omaha also has one of the best zoos in the nation. There are many museums, parks, and gardens here that await the curious traveler. In particular, be sure to check out the remarkable Durham Museum for a lesson in the history of this region and the Joslyn Art Museum. You can stop at Lewis and Clark Landing to catch a glimpse at the starting point of their famed explorations. 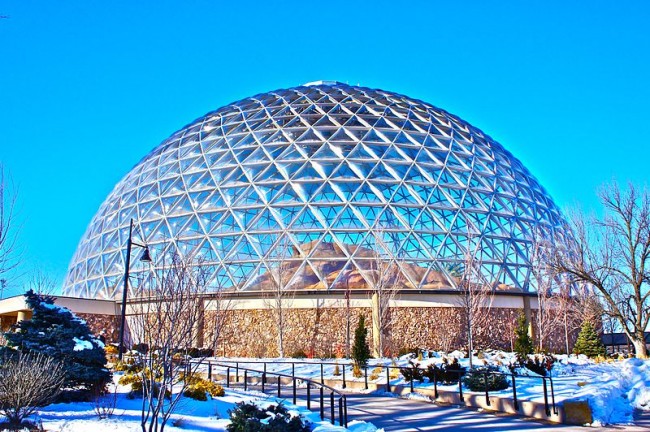 Nashville is the stomping ground of some of America’s country music icons and the site of the annual Bonaroo music festival. It is also the best spot to grab amazing barbecue food. It has a lively nightlife scene replete with cowboy boot-clad patrons and neon lights that illuminate red brick buildings on historical streets. Nashville also draws young people as a university town, which keeps the city lively and ever changing. There are lots of things to do downtown from taking a tour of the Johnny Cash Museum to enjoying music at the Bluebird Cafe or strolling through the booths at the Nashville Farmers’ Market. All in all, Nashville is quite uniquely both laid back in country style and refined in culture. 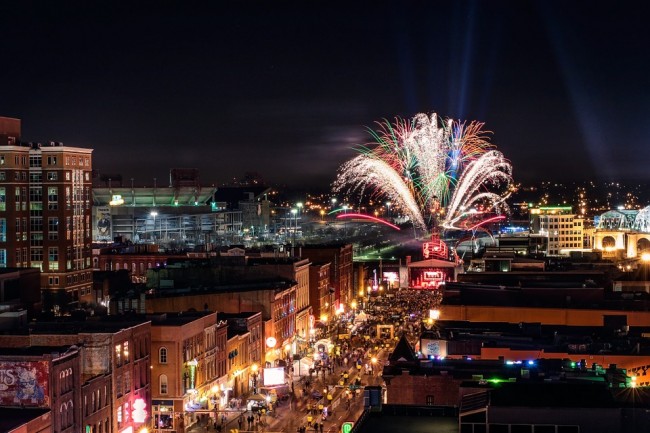 Park
Savannah possesses all the quintessential southern charm associated with the region in terms of its historic architecture, dining, and the manner of many of its residents. Still, there is an edge to this city, largely brought in with the students at the local art college. Stay at one of the many historic hotels in Midtown. The general vibe of Savannah is slow going and relaxed, in stark contrast to the bustling metropolises of the north. There is a plethora of good bars and brunch hangouts to sample, too. As for parks and museums, Savannah is not lacking in this department either. Definitely check out Wormsloe State Historic Site in order to gaze at the gossamer live oaks covered in Spanish moss.
More Info
Open In Google Maps
Savannah, Georgia, USA
Give us feedback

Known to locals as ‘Loo-a-vul,’ Louisville is the largest city in Kentucky. Perhaps most famous for being the site of the Kentucky Derby, Louisville has a lot of other great features to offer. This city is a liberal oasis amidst more conservative surrounds, and it has an outstanding culinary scene. You can find lots of farm-to-table dining and fun pubs. Of course, in Kentucky it’s important to sample some bourbon, and it is not hard to find a place to do so as about a third of all bourbon produced in Kentucky comes from here. Louisville’s central location makes many surrounding cities quite accessible by car. 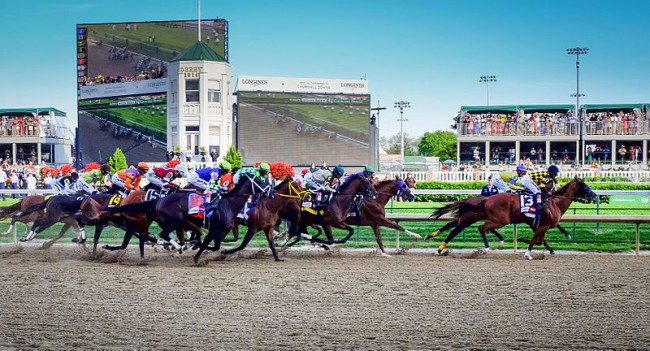 Louisville, KY, the site of the Kentucky Derby | © Bill Brine/WikiCommons

Asheville, North Carolina is truly a magical place located north of the state’s Blue Ridge Mountains. This city stands as a beacon for the New South with its eateries, art scene, and general culture. It has an earthy feel that captures the near-mystical beauty of southern landscapes. Despite its small size, Asheville is one of the best cities in the country for art. A great portion of its population consists of artists. Interestingly, the reason Asheville has such a long history as a haven for artists is because George Vanderbilt hired so many of them to beautify his Biltmore Estate. In fact, it is so stunning that we recommend you visit it while you’re in Asheville. 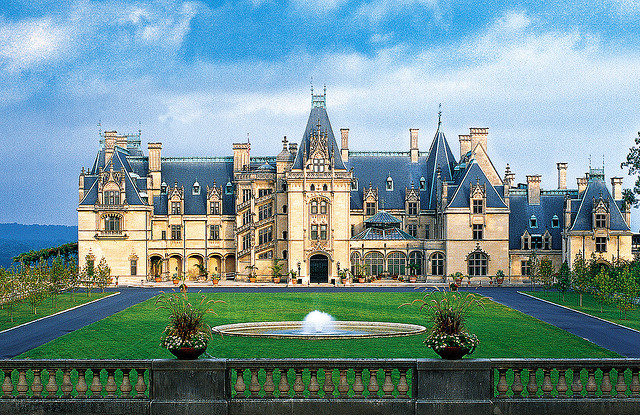 Natural Feature, Zoo, Historical Landmark
Los Angeles and San Francisco often overshadow San Diego in terms of notoriety within the golden state of California. San Diego resides between jutting peaks of the Rockies on one side and the North Pacific sea on the other. People are exceptionally happy with their lives on the Pacific Coast, and there are many reasons for this. When you visit you’re guaranteed to get a great tan and have unrivaled access to beaches. Truly, San Diego could not be more breezy and laid-back in the best of ways. Due to its proximity to the Mexican border you find authentic cuisine here too if you fancy it. There is also a burgeoning craft brew culture in the region. The city is well-kept and replete with museums and two world-famous zoos.
More Info
Open In Google Maps
San Diego, California, USA
Visit website
Give us feedback
Book Now

Utah is often overlooked as a sparsely populated state claimed by the church of Latter Day Saints. Think again! Utah is home to some of the most stunning landscapes in the country. In its capital, Salt Lake City, you will find a wide variety of people. Despite the fact that there are over a million inhabitants, you will find a homey and mellow city with a range of activities in close proximity. Salt Lake City possesses an overarching liberal vibe similar to what you might find in Portland, Oregon. The university and the great outdoors attract this crowd and many of them find it difficult to leave. There is a thriving foodie culture here that emphasizes organic fare as well as a multitude of ethnic cuisines. 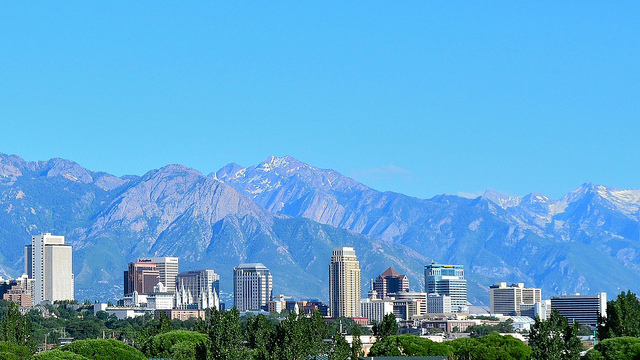 Albuquerque is New Mexico’s most populous metropolis. Picturesque mountains act as the skyline’s backdrop, and the Old Town still holds remnants of adobe buildings. The city is pedestrian friendly and lively with restaurants, art, and cultural attractions. Come in the fall to celebrate the Albuquerque hot air balloon festival where dozens of balloons soar through the sky. Just outside of town resides a whole host of outdoor activities, forests, and ancient cliff side carvings to be explored. Here, you will find a meshing of a certain kind of America that is often overshadowed in mainstream society. Albuquerque is home to a unique mix of Native American peoples, university students, and it has a strong LGBTQ community. 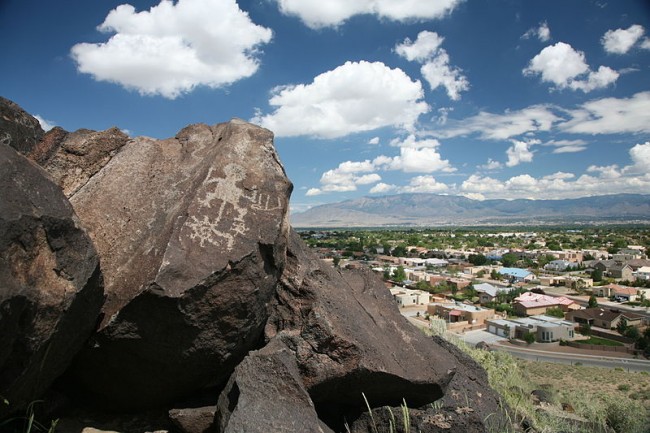