The 15 Most Expensive Photographs in History

Australian photographer Peter Lik achieved a place in art history when Phantom sold for a record-breaking $6,500,000 in late 2014, but he isn’t the first photographer to achieve sales in the millions. From the early-20th-century photography of Alfred Stieglitz and Cindy Sherman’s postmodern pieces to a one-of-a-kind historical photographic artefact, here are the 15 most expensive photographs in history.

In November 2014, Australian photographer Peter Lik made art history when it was announced that a private sale had seen his photograph Phantom go for a record-breaking $6,500,000. Lik, who migrated to the US in 1984 and is known for his panoramic landscape photography, took the photograph – an eerily beautiful black-and-white scene capturing a ghost-like cloud of dust in a subterranean cave – in 1999 in Arizona’s stunning Antelope Canyon.

German artist Andreas Gursky’s Rhein II sold at a Christie’s auction in New York City in 2011 for a whopping $4,338,500, which at the time of sale broke world records as the most expensive photograph ever sold. The large-scale image depicts a digitally manipulated river scene outside Dusseldorf devoid of people and buildings, described by MoMA as a ‘romantic hymn to the grandeur of the Rhine River’.

Acclaimed American photographer Cindy Sherman, known for her conceptual self-portraiture that satirizes stereotypical representations of women, cemented her place in art history as the highest-selling female photographic artist when Untitled #96 sold for $3,890,500 in 2011. An image from Sherman’s 1981 Centerfolds series, which parodied portrayals of women in TV, film and magazines, Untitled #96 is considered a masterpiece and depicts Sherman as a young teen in a domestic scene. 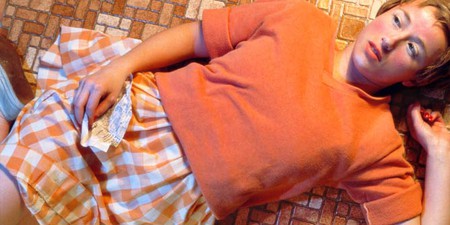 Jeff Wall, Dead Troops Talk (A vision after an ambush of a Red Army patrol, near Moqor, Afghanistan, Winter 1986)

Canadian artist and art historian Jeff Wall’s 1992 work Dead Troops Talk (A vision after an ambush of a Red Army patrol, near Moqor, Afghanistan, Winter 1986) fetched $3,666,500 at a 2012 Christie’s auction. The constructed scene features performers as victims of the Soviet-Afghan War engaging in what Wall has described as ‘a dialogue of the dead’ and references both modern-day war photography and the battle scenes of Spanish master painter Francisco Goya.

Bought by Ukrainian steel tycoon Victor Pinchuk at a Sotheby’s auction in London for $3,346,456 in 2007, Andreas Gursky’s 2001 photograph 99 Cent II Diptych is a two-part cibachrome image depicting row upon garishly colored row of bargain products in a 99 cent store on Los Angeles’ Sunset Boulevard. Previous prints of 99 Cent II Diptych had sold in 2006 at Sotheby’s and Phillips auctions in New York for $2,250,000 and $2,480,000 respectively.

Part of Gursky’s seminal stock exchange series – which he initiated in the early 1990s and saw him capture scenes at New York and Hong Kong’s stock exchanges – Chicago Board of Trade III sold in 2013 for $3,298,755. Originally taken in 1999 and recreated from negatives, the photograph depicts a bird’s-eye view of a throng of chaotic activity at the Board of Trade capturing an iconic, visually arresting moment in late 20th-century socioeconomics.

Luxembourg-born American photographer Edward Steichen’s 1904 masterpiece The Pond – Moonlight is a stunning example of his pioneering work as an early 20th-century photographer. Taken in the wetlands near Mamaroneck on New York’s Long Island Sound, the beautiful scene is the result of the then ground-breaking technique of gum-bichromate layer printing – a unique artefact of photographic history that an anonymous buyer scooped for $2,928,000 in 2006.

Sold in 2010 at the Phillips auction house in New York City for $2,770,500, Cindy Sherman’s Untitled #153 has secured the artist a second ranking among the world’s top-selling photographs. Part of the artist’s 1985 series Fairy Tales commissioned by Vanity Fair magazine, which was inspired by the often macabre undertones of fairy tales, Untitled #153 is a morbidly beautiful self-portrait depicting Sherman as a dirt-encrusted corpse. 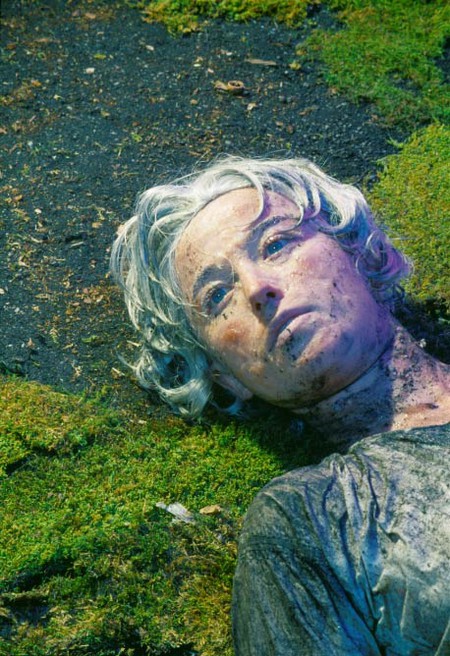 In the same sale as Phantom in November 2014, the same private buyer also acquired Peter Lik’s masterwork Illusion for the princely sum of $2,400,000, securing the Melbourne-born photographer a second ranking among the most expensive photographs in history. The private sale also included Lik’s image Eternal Moods, which sold for $1,100,000, putting the overall sale at the $10,000,000 mark.

Andreas Gursky, Chicago Board of Trade

Another photograph from Andreas Gursky’s iconic stock exchange series, Chicago Board of Trade fetched a massive $2,355,597 at its sale at Sotheby’s London in 2013. Described by Sotheby’s as a ‘monument to the Goliath of global trade and the seat of contemporary economic power’, from afar the cacophony of activity in the image is indiscernible while closer inspection reveals a monetary glimpse into the daily business of Chicago’s traders.

Thought to have been taken between 1879 and 1880 in Fort Sumner, New Mexico by an unknown person, this tintype photograph of outlaw Billy the Kid is the only existing authenticated photo of the infamous bandit. Florida-based billionaire businessman and art collector William Koch scooped a true piece of American Old West history when he bought the photograph for $2,300,000 at Brian Lebel’s Old West Auction in Denver, Colorado. 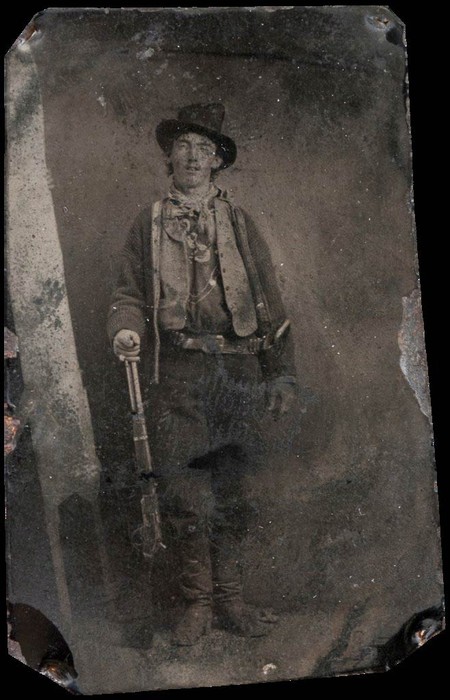 This aerial view of the kremlin in the remote Siberian town of Tobolsk was taken by former Russian president and avid photographer Dmitry Medvedev in 2009 and sold at an annual charity auction held in St Petersburg featuring works of art by Russian public figures. Russian business tycoon Mikhail Zingarevich, a board member at a company where Medvedev formerly worked as a lawyer, bought a black-and-white print of Tobolsk Kremlin for $1,750,000. 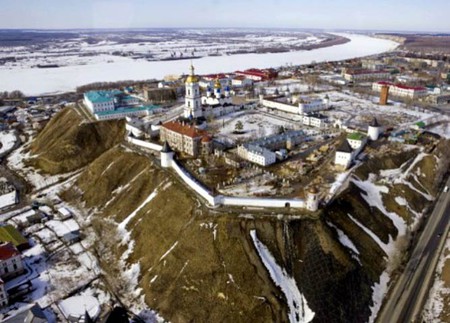 It’s perhaps not surprising that a photographer of Edward Weston’s calibre – he’s widely regarded as one of the masters of 20th-century photography – should appear on this list, and the 2008 sale of Nude at $1,609,000 set a new record as the artist’s highest-selling piece. Taken in 1925 in California, Nude is an example of Weston’s classically minimalist style and is thought to feature his model and lover Miriam Lerner.

Acclaimed American photographer and art promoter Alfred Stieglitz devoted a significant proportion of his career to photographing his muse and lover, and later wife, the artist Georgia O’Keeffe. This 1919 work, taken three years after their first meeting, depicts a frequent motif in Stieglitz’s photographs of O’Keeffe – the painter’s hands and the driving force behind her art – and sold at a Sotheby’s New York auction in 2006 for $1,472,000.

As Alfred Stieglitz’s photography of Georgia O’Keeffe progressed, his images took a much more intimate tone, resulting in photographs such as Georgia O’Keeffe (Nude) taken in 1919 and considered by Stieglitz as one of his best pieces. The sensual image was first exhibited at a showing of Stieglitz’s photography in 1921, attracting record numbers of attendees – and a fair bit of controversy – and achieved a sale of $1,360,000 when Sotheby’s auctioned it in 2006.

*All sale prices are in US dollars.