The 15 Best Movies Based on True Stories 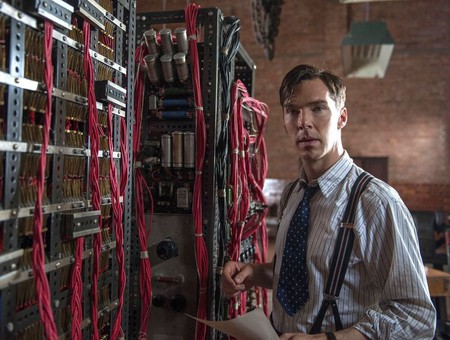 From Into the Wild to The Imitation Game, some of Hollywood’s finest movies are inspired by true events and personal stories of tragedy, resilience and success. Check out this list of films based on true stories that immortalize real-life moments, memories and individuals:

Alcatraz, based on an island in San Francisco Bay, was the most secure prison of its time. It was believed to be impossible to escape from until three daring men (played by Clint Eastwood, Fred Ward and Jack Thibeau) made a successful attempt at it in 1962. The success of their endeavor is still in dispute, but this enthralling narrative is a fine examination of the facts and fantasies. 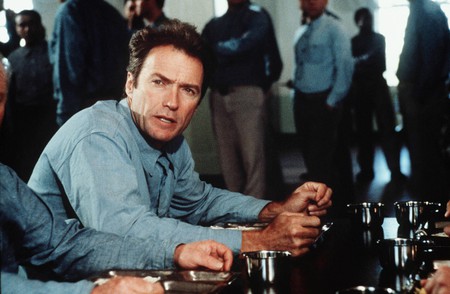 Apocalypse Now is loosely based on Joseph Conrad’s Heart of Darkness (1899), which itself is based on events that occurred to the author. In this redux of the narrative, set during the Vietnam War, Captain Willard, played by Martin Sheen, is sent on a dangerous mission into Cambodia to assassinate a renegade colonel (Marlon Brando) who has set himself up as a god among a local tribe and is presumed to be insane. Oh yeah, and what a score by The Doors! 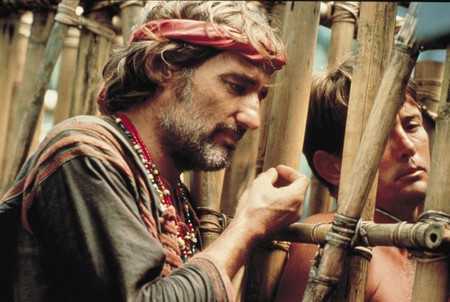 This compelling film, starring the brilliant Benedict Cumberbatch (AKA Sherlock) in the main role, tells the story of computer scientist Alan Turing, who tries to crack the Enigma code that the Nazis used to provide security for their radio messages during WWII. Turing was a genius but very difficult to work with, as he considered his colleagues inferior to him. However, he will have to overcome both the mathematical and social difficulties if he is to succeed. 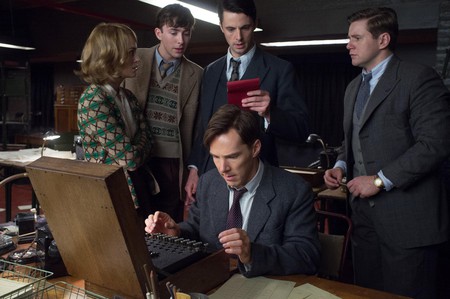 A true-story movie about one man’s spiritual journey through the natural world, Into the Wild reflects the many conflicts and problems that trouble those uneasy with a materialistic life. It’s underpinned with a wish to be free and independent, escape the norms of society and discover transcendence in nature. After graduating from Emory University, top student and athlete Christopher McCandless abandons his possessions, gives his entire $24,000 savings account to charity and eventually hitch-hikes to Alaska to follow his dream. Cue Alexander Supertramp – the legend that was to be.

This true-story film depicts the experiences of Welsh diplomat and military officer Thomas Edward Lawrence in the Arabian Peninsula during WWI. It documents the officer’s emotional struggles with the violence that is inherent in war, his own identity and his divided allegiance between his native Britain and his comrades within the Arabian Desert tribes. A truly epic masterpiece. 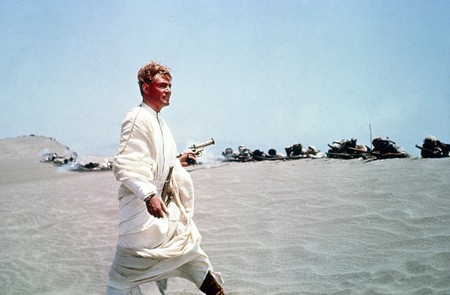 Midnight Express is the true story of Billy Hayes, an American college student who is caught smuggling drugs out of Turkey and thrown into prison. The film’s title is prison slang for a prisoner’s escape attempt, which is something Billy tries to do multiple times only to be recaptured and brutally beaten by the guards. One of the most famous components of the film is its soundtrack, which won the Academy Award for Best Original Score in 1979. 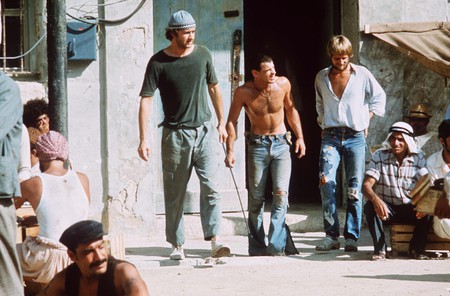 “I’d rather be here, a free man among brothers, facing a long march and a hard fight, than the richest citizen in Rome: fat with food he didn’t work for and surrounded by slaves.” So reads just one of the iconic and uplifting lines from this masterful representation of arguably the most famous slave revolt in history. Directed by the great Stanley Kubrick, the piece is hailed as among the best movies about the Roman Empire ever made. 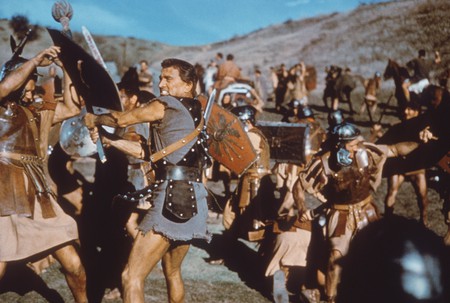 Leonardo DiCaprio and Tom Hanks play leading roles in this feature film based on the life of Frank Abagnale Jr. The young Abagnale became an expert in forgery and disguise, and managed to cash checks for millions of dollars, acting as a Pan Am pilot, a doctor and a legal prosecutor along the way. What’s more impressive, he did it all before his 19th birthday and the only reason he did this was to bring his parents, who got into hard financial circumstances and consequently split up, back together. The film combines comic scenes with rapid action and excellent acting, which should surely have won DiCaprio that long-awaited Oscar? 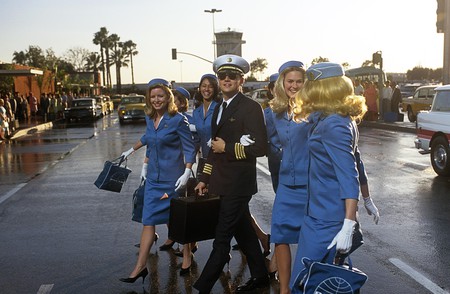 This film tells the story of Oskar Schindler (skilfully played by Liam Neeson), a Nazi businessman who undergoes a change of heart, eventually managing to save over 1,000 Jews from the Holocaust. The film is directed by Steven Spielberg and stars Ralph Fiennes as the leading Nazi executioner, the infamous commandant Amon Goeth. The movie was very well received, garnering the totemic Best Director and Best Picture awards from the Academy that year.

This movie, which tells the story of mathematical prodigy John Forbes Nash Jr, is proof that often there is a fine line between pure genius and madness. Viewers get a close look at the life of this incredibly gifted individual played by Russell Crowe, who at the same time is extremely burdened; Nash had schizophrenia, which strongly affected his personal life, relationships with family and friends, and his job. 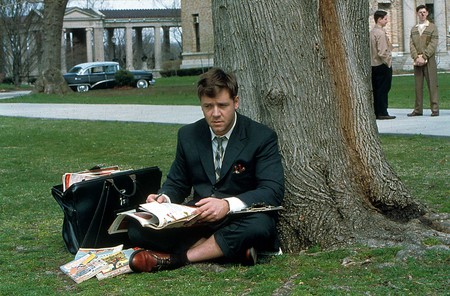 This dramatic adaptation by Clint Eastwood is a visceral account of Navy SEAL sniper Chris Kyle, whose pinpoint accuracy saved countless lives and turned him into a legend during the war in Iraq. However, when he was finally released from his duty of war and comes back home, Kyle struggled to escape the haunting shadow of war and death, and had difficulty reconnecting with his wife and children. 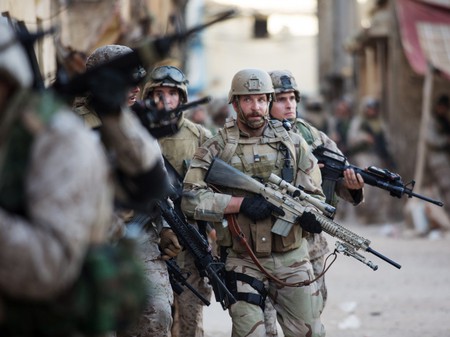 The Pianist, directed by Roman Polanski and starring Adrien Brody, is a film about Polish-Jewish musician Wladyslaw Szpilman, who struggles to survive the destruction of the Warsaw ghetto during WWII. This critically acclaimed movie won three Oscars, a Palme d’Or and many other significant awards to boot. 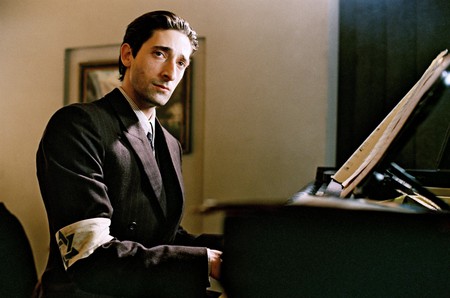 This movie, which won Julia Roberts an Oscar for her role as the protagonist, represents the life of small-town lawyer and mom of three kids, Erin Brockovich. Brockovich, without any suitable educational background, gets hired as a lawyer, accidentally stumbles upon a major case of water poisoning that has lead to many cancerous diseases in her town and takes the fight to big business. It’s a truly compelling and interesting tale. 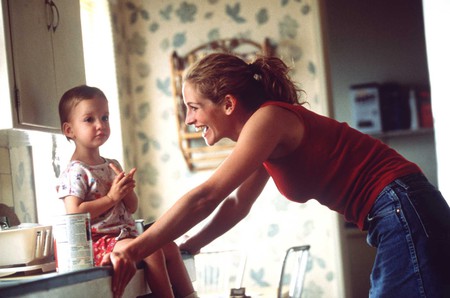 This film tells the true story of the Spartan King Leonidas and his 300 men who fought the Persians at the Battle of Thermopylae, which took place between Greece and Persia (modern-day Iran) in 480BC. With Gerard Butler as the king and Lena Headey (AKA Cersei Lannister from Game of Thrones) as his queen, the film combines stunning visuals with great acting and makes history come to life.

This biographical drama documents the life of Solomon Northup, a free black man from Upstate New York, who is kidnapped and sold into slavery in 1841. 12 Years a Slave won best picture at the Oscars and was hugely revered by audiences and critics. Not only was it brilliantly directed by Steve McQueen but the movie was touching and realistic. 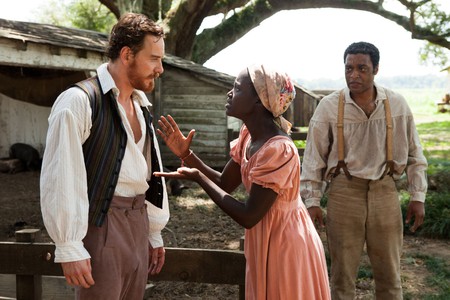 Michael Fassbender, Lupita Nyong’o and Chiwetel Ejiofor in 12 Years a Slave (2013) | © Moviestore / Shutterstock
Give us feedback