The 13 Most Wonderful Lighthouses Across The USA 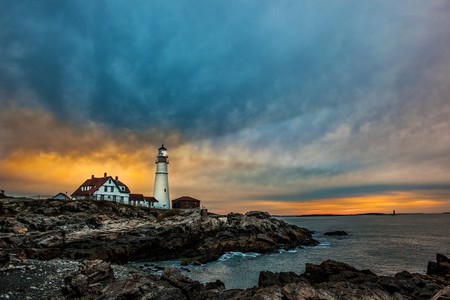 Lighthouses have served as a navigational aid for seamen for hundreds of years. It was born from a tradition of setting fires on hilltops to guide ships; this led to fire-lit platforms, and eventually the lighthouse. Before the development of clearly defined ports, these lighted towers were used to mark entrances for ships. By the turn of the century, its function switched to serve as warning signals against shipping hazards, like reefs or rocks. Here are America‘s most wonderful of the bunch.

Known as the ‘Jewel of the Port,’ this lighthouse, with the first ‘light’ being a lantern hung near the water’s edge, was constructed in 1837 and rebuilt at least twice until the outer harbor West Breakwater was officially completed in 1908. The lighthouse is no longer functioning, but it remains an icon of the port’s history in Lake Erie shipping. 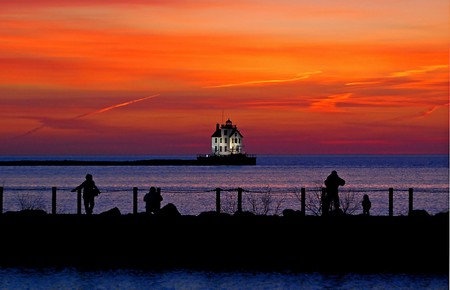 Big Sable Point Lighthouse was constructed in 1867 as a beacon of light to local seamen, rising high on the shores of Lake Michigan; however, it didn’t receive its black and white makeover until the early 1900s, after being damaged by the harsh oceanside climate. It is one of the tallest lighthouses in the state, reaching over 100 feet high. 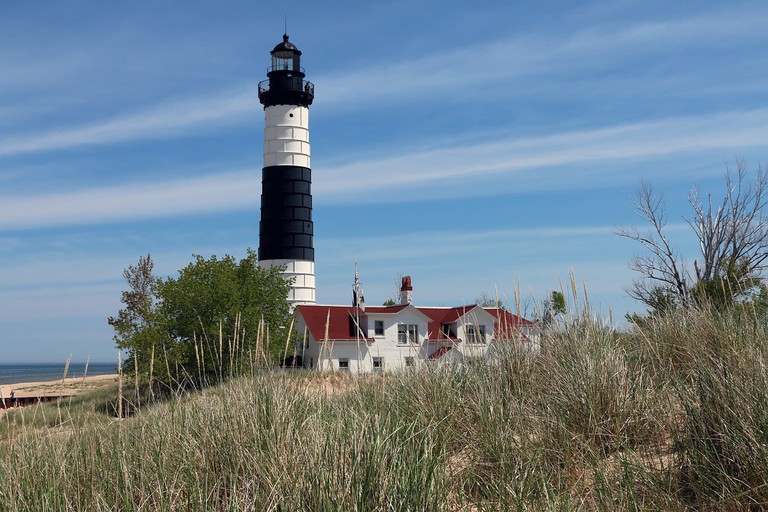 Eldred Rock Lighthouse, an octagonal lighthouse on an island adjacent to Lynn Canal, is surrounded by majestic snow-capped mountains. It is the oldest lighthouse in Alaska, first lit on June 1, 1906, and the last manned lighthouse in the state. 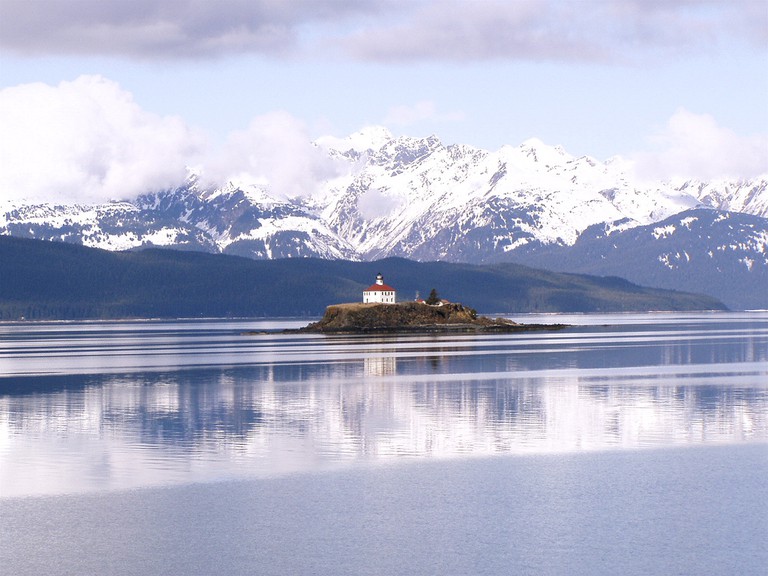 Perched on a cliff in central California, Pigeon Point Lighthouse was constructed in 1871 to guide ships along the Pacific; it was first lit on November 15, 1872. It is the tallest lighthouse on the West Coast, and one of the tallest in America at 115 feet tall. 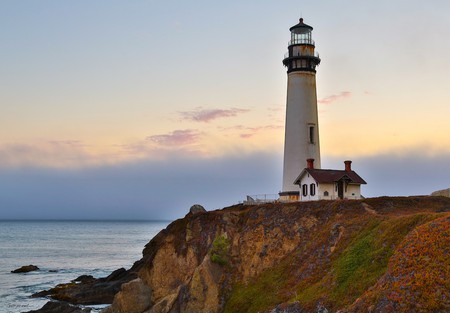 Heceta Head Lighthouse has been shining its light along the Oregon coast since it was first constructed circa 1894. The lighthouse still works today, rising 205 feet above the ocean. It said to be the brightest light on the state’s coast. 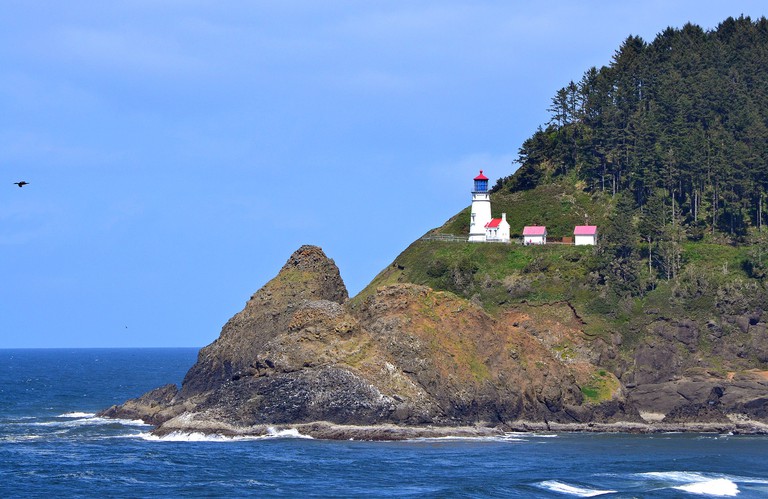 This is the third lighthouse that has been constructed on Bodie Island since the mid-1800s. The present-day structure, which stands over 150 feet tall just south of Nags Head, exhibited its first light on October 1, 1872 – a light that could be seen nearly 20 miles out to sea. 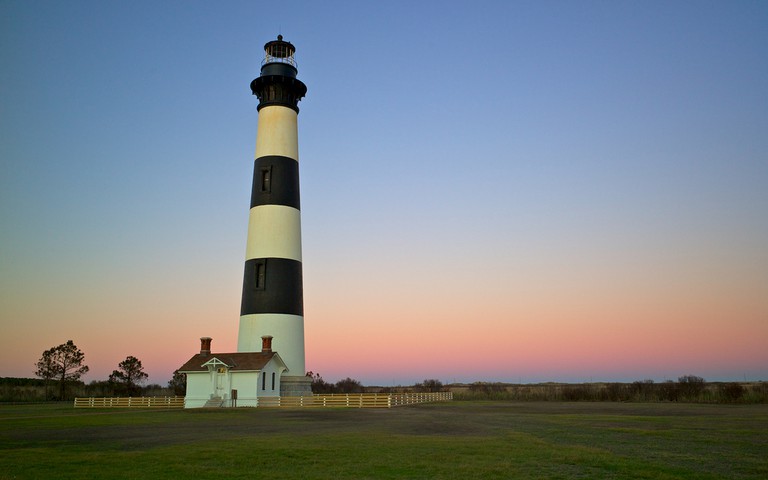 Portland Head Lighthouse is situated along the shores of Fort Williams Park on Cape Elizabeth, a popular Maine landmark since 1790. The lighthouse was built to warn of impending British attacks – its 72-foot-high lantern deck first lit on January 10, 1791. In 1865, the tower was raised another 20 feet. The lighthouse was home to the head and assistant lighthouse keepers and their families until 1989. 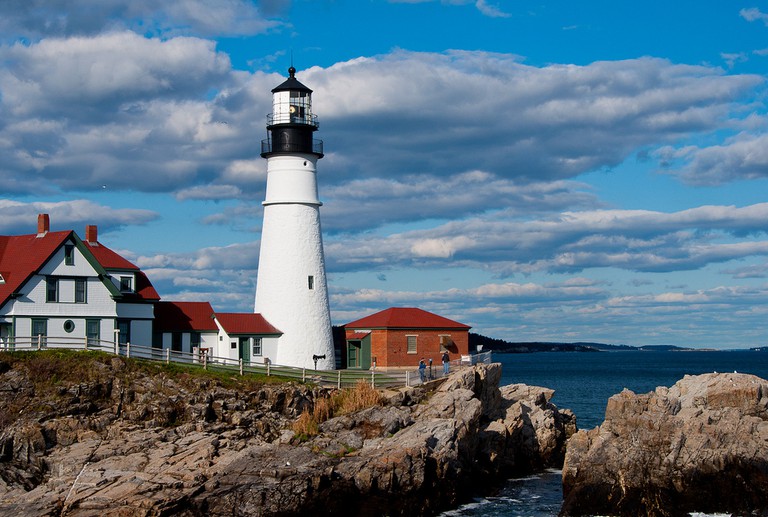 A violent 1905 November storm and several resulting shipwrecks prompted the construction of Split Rock Lighthouse. It was completed in 1910, providing navigational aid to sailors traveling near the rocky Two Harbors coast. It is one of the state’s most famous landmarks, restored to its original 1920s façade that can be seen today nestled on oceanside cliffs. 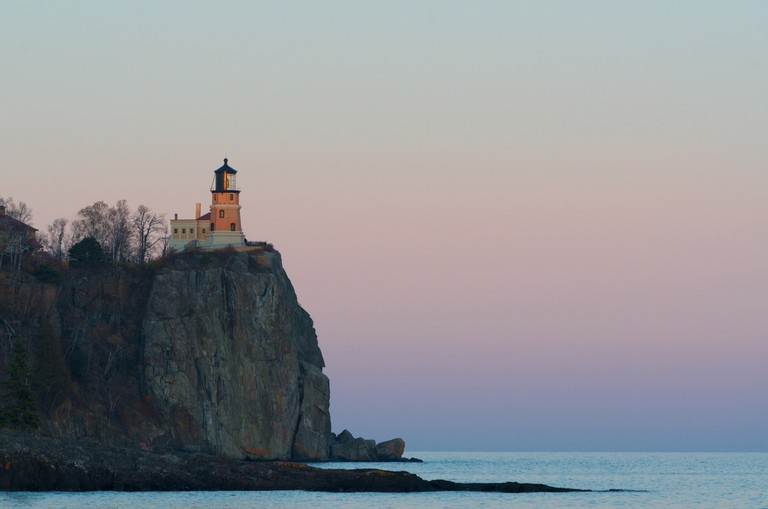 Situated on the easternmost point of the US, the candy-striped West Quoddy Head Lighthouse is one of the nation’s most distinguishable landmarks – many say it is one of the most photographed lighthouses in America. Although the current tower wasn’t built until 1858, there has been a lighthouse here guiding ships through the Quoddy Narrows since 1808. 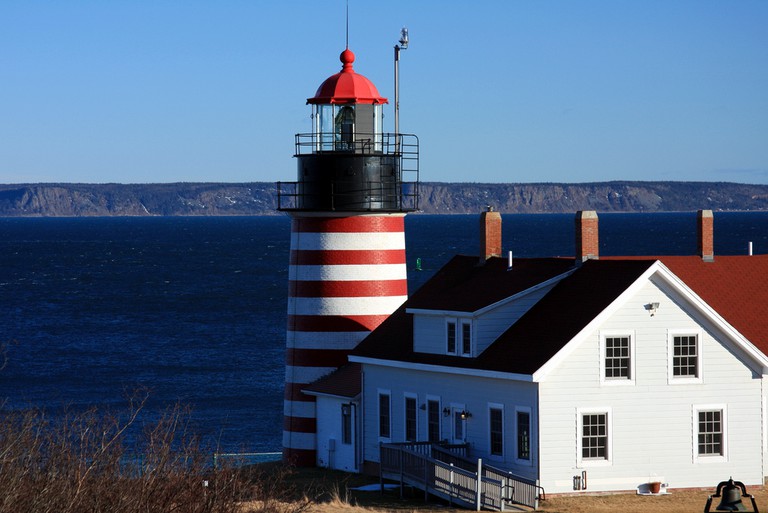 Completed in November 1796, Montauk Lighthouse is the oldest lighthouse in New York, put into action by Congress in April 1792. The tower is located on the tip of eastern Long Island, casting beams of light from the rugged Montauk Point. 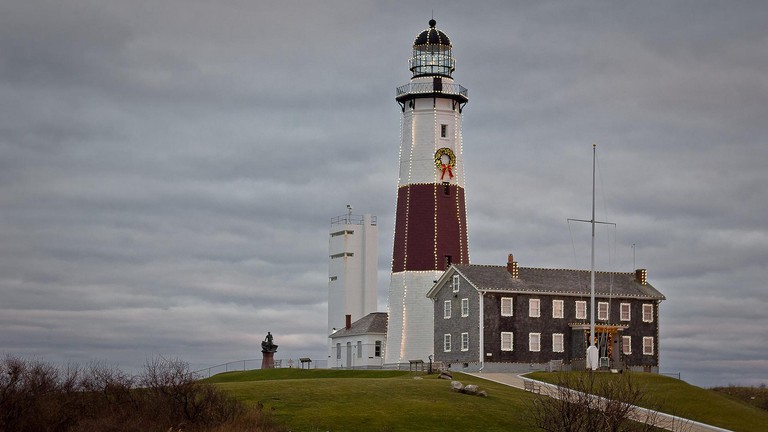 Battery Point Lighthouse, also known as Crescent City Lighthouse, was first lit with oil lamps on December 10, 1856. It still operates today, aiding in private navigation. The lighthouse also has a museum on-site with original artifacts and furniture that were left behind, since the 1850s, by former keepers and their families. 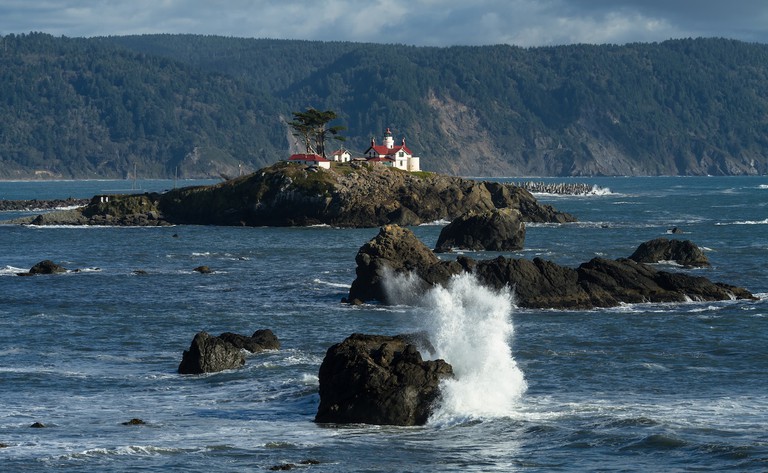 Wind Point Lighthouse, located at the north end of Racine Harbor, has been lighting its tower since its completion in 1880. It was designed by a former Civil Rights general, Orlando Metcalfe Poe. At 108 feet tall, it is one of the largest lighthouses in the Great Lakes Region. 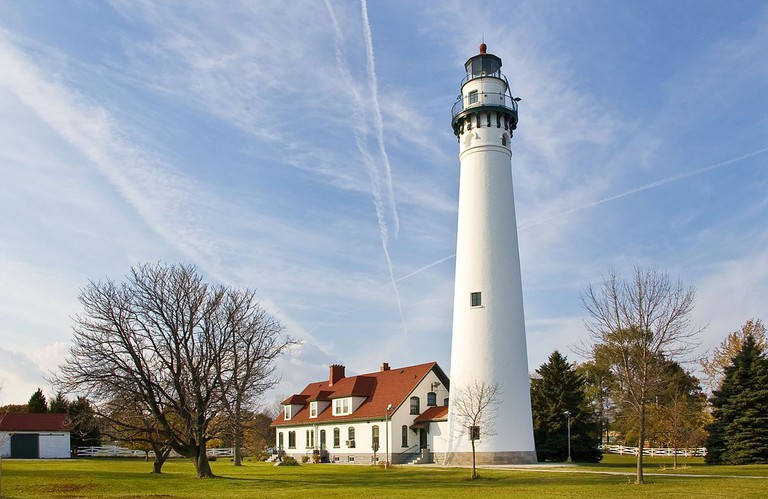 The shores of Cape Hatteras are considered one of the most hazardous regions of the Atlantic Coast, dubbed the ‘Graveyard of the Atlantic’ for its hundreds (possibly thousands) of shipwrecks that have occurred in the area. The first lighthouse, lit October 1803, was demolished in 1871; the current lighthouse was lit on December 1, 1870. The famous black and white striped design was added in 1873. 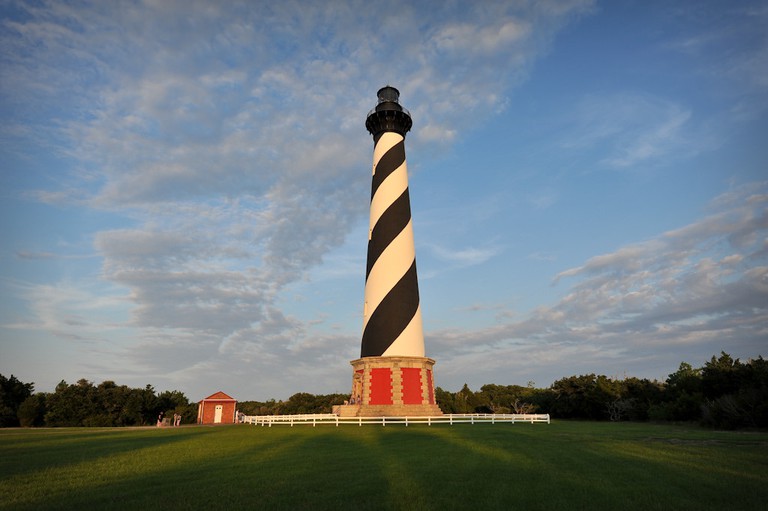