The 12 Worst Snubs In Oscar History 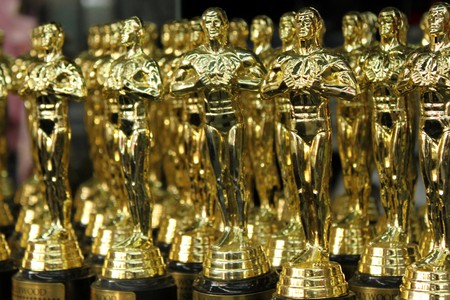 The hour is upon us. The countdown has begun. The days have gotten longer and your excuse to stay in is wearing thin. Yet, you’ve done your diligence and are ready for the clock to strike Leap Year’s eve. And how will we be celebrating? With Chris Rock and the 88th Academy Awards at the Dolby Theater in Hollywood, CA. Before you uncork that sizzling bag of popcorn, take a moment of silence for the movies overlooked. Here are the ten best movies who never met Uncle Oscar.

This mind-bending psychological thriller is the only film capable of inducing short term memory loss in its audience. It’s told from the gripping perspective of an anterograde amnesiac on an impassioned journey to discover his biggest mystery: life.

It seems like the academy doesn’t take kindly to provocative, brain-poking pictures that truly affect viewers. Just like its title, this visually stunning movie from the legendary Stanley Kubrick was far beyond its time and manages to make you question… everything.

The Academy felt it wasn’t worth your time to watch Edward Norton’s intense breakout performance as neo-Nazi Derek Vinyard on a mission to keep his brother off his own path of twisted extremism. Find a blanket; this flick will chill you to the bone.

If there is a more unpredictable movie than Bryan Singer’s 1995 crime drama, somebody please send it along. For now, enjoy this surprising flick, dotted by enthralling action sequences and edgy acting from Kevin Spacey and Benicio Del Toro.

Interested in Greek Mythology? Like Westerns? Confused how these polarized themes could possibly relate? With one of the most creative films ever conceived, the Coen Brothers have worked their way onto this list. Set in the Deep South in the1930s, yet mirroring the story of Homer’s Odyssey, this comedic masterpiece stars George Clooney and John Turturro.

Want to see Jim Carrey deliver his most jarring role and unveil of the power of love while harboring the wretch of loss? While by no means a love story, this indie drama follows Kate Winslet and Jim Carrey as they develop a dynamic relationship, profoundly different from any other silver screen romance.

Originally El Labrinto del Fauno, Guillermo del Toro’s magnum opus is one of the most unique films to date. The director smashes together fantasy, General Franco, and civil war to form a riveting fairy tale.

Note: This film is in Spanish and still worth the watch; who said anything about happy endings?

Not interested in seeing pretty faces parade across your movie screen? This Brazillian blockbuster is a different breed of crime drama. It details the coming of age stories of two wildly different best friends, one opting for a life of crime and the other the beauty of photography. Their story has so much depth that you will forget that they are speaking Portuguese

Nominees: Chicago, Gangs of New York, The Hours, The Lord of the Rings: The Two Towers, The Pianist

Vastly superior to its American remake, this Korean masterpiece from acclaimed director Chan-wook Park is an awe-inspiring mystery thriller about a man recently released from a kidnapping of 15 years. Oldeuboi’s captivating and enigmatic plot deserved its shot at the throne.

Nominees: The Lord of the Rings: The Return of the King, Lost in Translation, Master and Commander: The Far Side of the World, Mystic River, Seabiscuit

Congrats to Christopher Nolan for being snubbed twice in one lifetime! Odds are you have already seen this intelligent action thriller, but if not, you are in for the treat of a lifetime. Between Heath Ledger’s exasperating lunacy, Christian Bale’s unwavering poise, and Michael Caine’s crystal clarity, this blockbuster film is a hurricane.

Not only was this Stanley Kubrick/Stephen King horror-drama overlooked, but it was actually nominated for The Golden Raspberry Worst Film of the year award. This timeless cult classic will remain the ultimate horror flick for years to come.

Clearly, even with the best reputation since the Platonic Academy, this guild of movie critics makes its fair share of mistakes. For one reason or another, these exceptional films were left off their lists — but not this one.