The 12 Most Beautiful Places In The USA 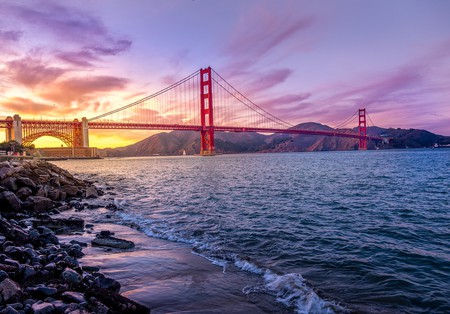 The United States, one of the biggest countries in the world, offers land and cityscapes that range from deserts to lush forests, sparkling skyscrapers to cobblestoned streets. Here are some of the most gorgeous spots the USA has to offer.

What can be said about the Grand Canyon that hasn’t already been said? Formed over at least five million years as the Colorado River gradually cut its way through billions of years of Earth’s geological history, this is perennially one of the top travel destinations in the country. And why wouldn’t it be? It’s dramatic, and more than anything else, totally gorgeous. What’s even better is that you can enjoy it from the top or the bottom – hire a donkey to help get you down to the bottom and then float along the river, or marvel at its grandeur from above.

The Blue Ridge Parkway, a scenic highway originally built to connect the Shenandoah National Park to the Great Smokey Mountains National Park, has been the most visited unit of the national park service almost every year since the end of WWII. Even if you don’t want to get off and hike the trails in the parks at either end of it, even a short drive on the highway will give you stunning views over the Appalachian mountains, particularly among the Blue Ridge chain. For a really special experience, come in the fall and see the mountains lit with oranges and yellows; it’s like they’re on fire. 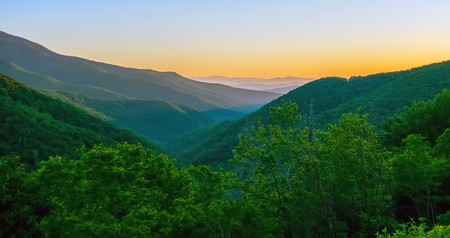 Morning on the Blue Ridge | © PublicDomainPictures/Pixabay

Windy or not, there’s something really special about the Chicago skyline. This jewel of the Midwest rises up on the banks of Lake Michigan, now far eclipsing whatever expectations its founders could have had for it in 1833. This quintessentially American city, which on the ground may seem broken up into different neighborhoods and even languages, all comes together when you look at it from just a few miles along its north shore, reaching high and truly coming alive. 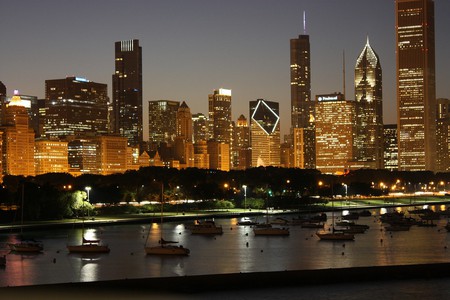 Pine forests, grand views of the sea, and the closest geologic feature to a fjord on the East Coast are just a few things that make Acadia National Park such a stunningly beautiful spot. It’s the oldest national park east of the Mississippi River, and nowadays, about two million people a year visit it – and for good reason. The land of the park is spread out over several islands right off the coast of Maine, so there’s plenty to explore. 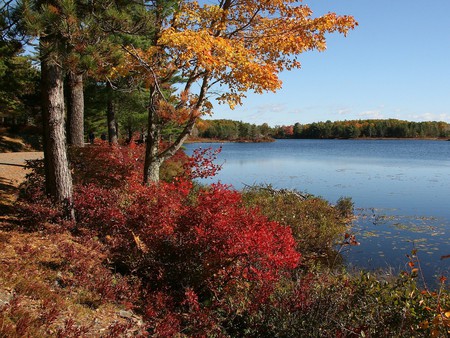 Just miles away from the more famous (and also very beautiful) Yellowstone National Park, you’ll find Grand Teton National Park. It encompasses the majority of the Teton Range and is named after the highest point, Grand Teton. This is a fascinating place for nature lovers, as the undisturbed ecosystem features hundreds of plants and animals that have been living there long before humans and are difficult to find elsewhere. It’s especially exciting for trout fishers, because it’s the only place you can fish for the Snake River fine-spotted cutthroat trout. 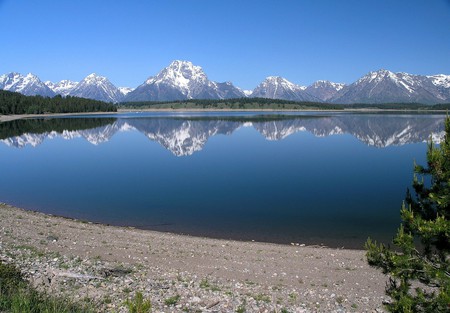 In the Hawaiian language, ‘haleakala’ means ‘house of the sun’, which is unsurprisingly a very fitting name for this park. There are two parts of the park – the summit of the Haleakala Volcano and the Kipahulu area at the coast. You can drive or hike up to the summit, where they have an observatory that will give you an amazing view of the almost otherworldly surrounding area. The element that most people come to see is the Haleakala Crater. You can hike through it, or even spend the night – they have three cabins that you can reserve. 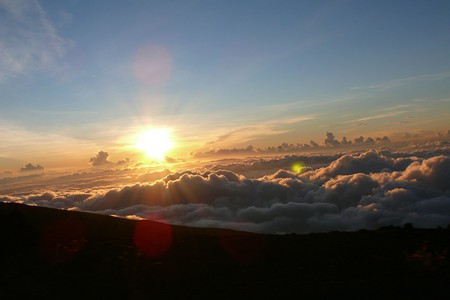 Austin is a city of swimming holes, the most beautiful of which is undoubtedly Hamilton Pool. After about a quarter-mile hike through the forest, you’ll come to a natural pool created when the dome of an underground river collapsed into the water below. Now you can still see the overhang left by the dome, which still has a waterfall running over it. The water is clear, cold, and refreshing, and the different colors of the trees, moss, rocks, and sparkling water give the place a mystical quality. 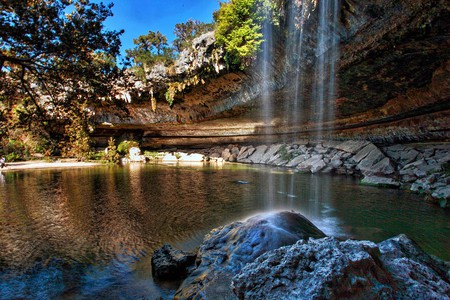 Savannah, the oldest city in Georgia, is a rare find in the United States. With its cobblestone streets, leafy downtown, and streets lined with some of the oldest buildings in the country, it definitely deserves praise. The downtown area is one of the largest National Historic Landmark districts, and you can enjoy both easy access to the coast and the charming Savannah riverfront. Beyond just its physical beauty, Savannah is also known to be full of warm, hospitable people. 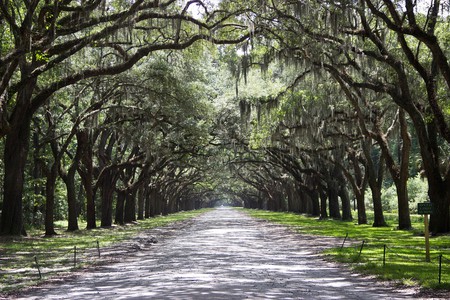 There is perhaps no other bridge in the world that captures the imagination of so many people as San Francisco’s Golden Gate Bridge. This bright red behemoth stretches across the Golden Gate strait, which separates the Pacific Ocean from the San Francisco Bay. Besides being very beautiful, it is also an impressive feat of engineering; the American Society of Civil Engineers even named it one of the Wonders of the Modern world. Keeping it so bright is no easy job – 38 painters are constantly employed just to touch up places that get corroded.

There is no better place to enjoy the windswept, pastel beauty of the eastern seaboard than North Carolina’s Outer Banks. They are a string of mostly barrier islands that border most of the North Carolina coast. Two notable historical events also happened on the Outer Banks, the better known of which was the Wright brothers’ first successful flight in the town of Kitty Hawk in 1903. The lesser known of the two was the birth of Virginia Dare, the first child of English descent born on the American continent. She was born at Roanoke Colony, the first English colony, in 1587. Most people don’t remember this colony, however, because it disappeared, leaving one of the greatest unsolved historical mysteries. 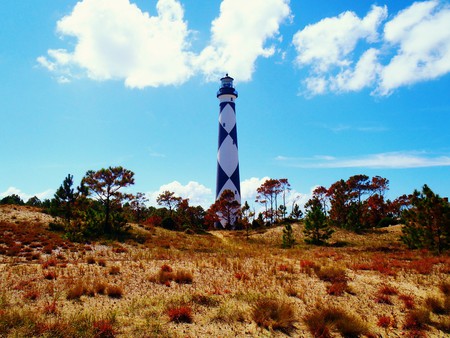 Millions of years of erosion have left fascinating geological structures across much of the American Southwest, although none are quite so impressive as the stone arches at Arches National Park. The rock is all sandstone, with its orange glow that looks so different depending on the light conditions in the area. The park is located in eastern Utah, outside of Moab. Environmental conditions are still taking their toll on the arches, though, and at least 43 have fallen since 1977. In order to limit the effects of humans, there are many arches that you can only view from far away. 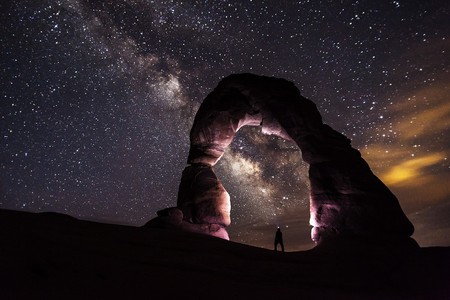 South Dakota is often unfairly categorized as a flyover state; however, the Badlands alone make the state worth a visit. This national park has two very different looking parts: an expansive mixed grass prairie and a rock formation where different levels of erosion have carved out pointed spires and shallow canyons to reveal differently colored stripes of sandstone. It is also an area especially rich in fossils. Fossils of all sorts of prehistoric animals have been found there, telling the story of a past with a very different climate than it has now. 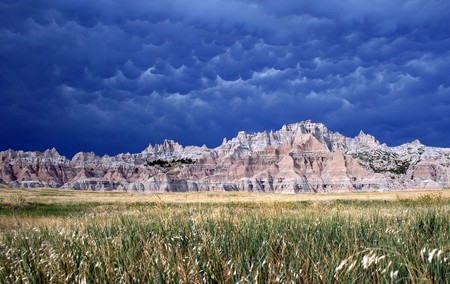 The Badlands | © skeeze/Pixabay
Give us feedback