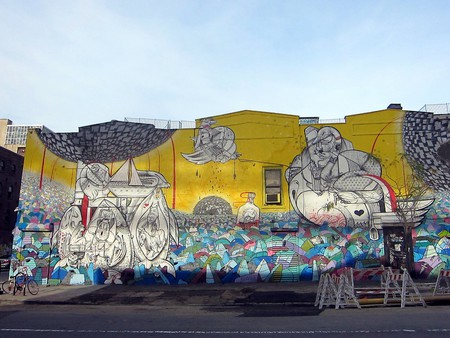 The United States of America has a dazzling array of art destinations, whether you have a passion for antiquities, Native American art, or puzzling modern installations, your ideal city is waiting. Many are housed in architecturally inspirational buildings, frequently worthwhile destinations in themselves. To plan ahead for your next dose of culture, check out our guide to the best art destinations in the US. 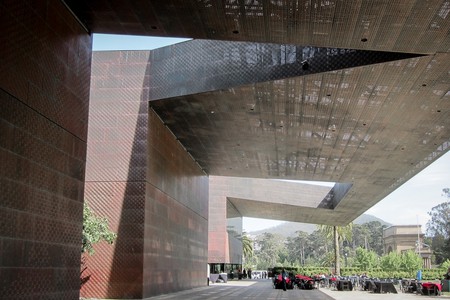 San Francisco’s wide and varied art scene has something for everyone. Key institutions include the San Francisco Museum of Modern Art. Explore the controversial building designed by Herzog & de Meuron, housing the de Young Museum, which displays artifacts from the Americas, Oceania and Africa. On a clear day, head straight for the glass tower and enjoy the view over the city and its surroundings. For more modern fare, head to the warehouses in lower Potrero Hill, where well-established galleries like the George Lawson Gallery, Jack Fischer and Hosfelt Gallery have all made their home. Look up as you wander the streets to enjoy the city’s famous street art, with bright, inspiring murals located everyone, especially in the Mission. 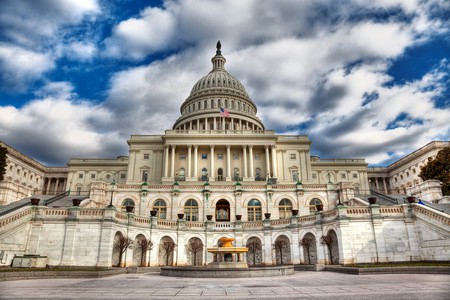 Art is not the first thing which springs to mind when people think of Washington. Yet, this city has some of the US’ most important (and usually free) museums, making it a must-see for any art lover. The heavyweights include the National Gallery of Art, the Smithsonian Museums, the Corcoran Gallery of Art, and the Phillips Collection. Don’t miss the Smithsonian’s stunning Sculpture Garden, containing dozens of outdoor works by Calder, Miró and Lichtenstein, among others. The National Museum of the American Indian is a worthwhile stop with beautiful craft work on display and its Native American foods café. To understand the contribution made by women to the arts, head to the unique National Museum of Women in the Arts. 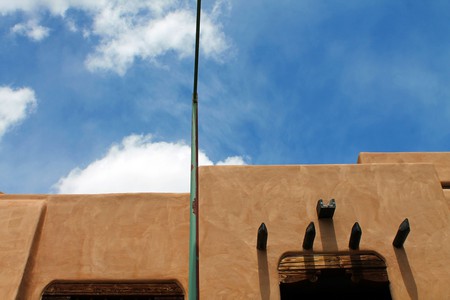 Santa Fe, the state capital of New Mexico with its blue skies and fine light, has long been a magnet for artists. It is best known as the home of Georgia O’Keefe, who moved there from New York. The town’s Georgia O’Keeffe Museum has the largest collection of her colorful work. It’s also worth making the journey to her former home in an 18th century adobe structure with inspiring views across the surrounding sierras and desert. For those with an interest in Native American art, the Museum of Indian Arts & Culture and the Wheelwright Museum are home to impressive collections. Look out for the American Indians selling handcrafted turquoise jewelry outside the Palace of the Governors. Canyon Road and the Railyard District both have thriving gallery scenes as well. 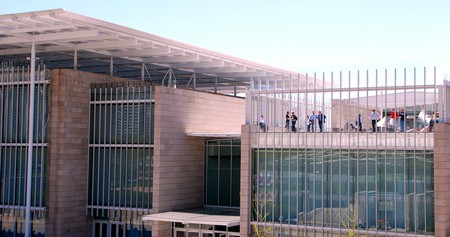 The windy city is a great destination for art lovers. Its Art Institute of Chicago has one of the largest impressionist collections, as well key pieces by modern artists like Pollock, Warhol and Dalí. Look out for the new wing designed by Renzo Piano. To get in touch with your creative self, head to the newly re-opened Evanston Art Center, which offers short art and craft lessons and workshops. For a stroll with a difference, the Millennium Park has an impressive array of monumental sculptures, including Jaume Plensa’s video towers fountain and the iconic bean, officially known as ‘Cloud Gate,’ by Anish Kapoor. It’s also home to Frank Gehry’s performance stage with its frequent concerts, and the Boeing Galleries, outdoor spaces with regularly rotating exhibitions. 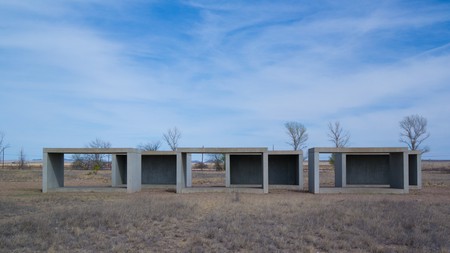 Marfa, a small desert town, makes an unlikely art destination, but the whim of artist Donald Judd has created just that. He drove a truck filled with his own art here in the early 70s and today it has turned into the proverbial desert oasis for Judd’s work. See all 100 of Judd’s iconic milled aluminium boxes neatly stacked in sheds as well as take a tour around his home and studio. Judd also founded The Chinati Foundation that exhibits large-scale installations by artists – many being Judd’s friends and collaborators – including Carl Andre, Dan Flavin and John Chamberlain. In a former dancehall, the non-profit art space, Ballroom Marfa showcase a diverse program working with international artist. Make sure you don’t miss their collaboration with the Art Fund, Prada Marfa, a permanent installation by Scandinavian duo Elmgreen & Dragset, which is a model Prada store with actual Prada shoes and bags out in the middle of the desert. 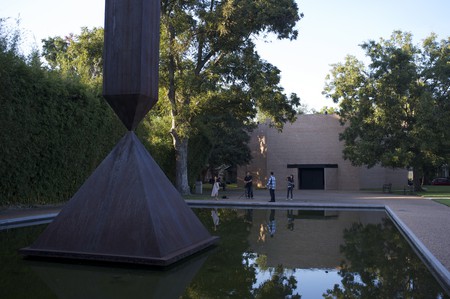 The main art draw in Houston is its sprawling Houston Art and Museum District, a collection of almost 20 museums and cultural organizations. Options include the Houston Center for Photography, the Houston Contemporary Arts Museum and the Menil Collection, which houses the works collected by John and Dominique de Menil and constitutes one of the largest private collections amassed during the 20th century (including impressive surrealist works). The de Menils made another sizable contribution to the Houston art scene, founding the Rothko Chapel. The chapel is a multi-faith space for reflection with 14 Rothko paintings inside. See the inspiring Broken Obelisk sculpture outside commemorating Martin Luther King Jr. 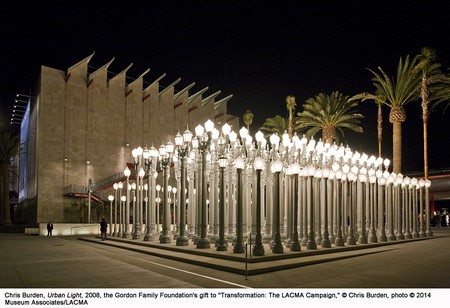 LA has a rich offering for culture vultures. Start with the Geffen Contemporary at MOCA, located in the historic area of Little Tokyo, which was transformed by Frank Gehry. The Walt Disney Concert Hall is another Frank Gehry masterpiece, and has a diverse program of concerts and recitals. Another downtown resident on Grand Avenue is The Broad. Designed by Diller Scofidio + Renfro, it houses a permanent display from founders Eli and Edythe Broad’s collection alongside a rotating program of temporary exhibitions. The mammoth Los Angeles County Museum of Art Los Angeles County Museum of Art (LACMA) takes up an entire corner of Wilshire Boulevard and boasts the title of largest museum in western United States with its extraordinary collection of130,000 objects dating from antiquity to the present. Must-sees include Michael Heizer‘s phenomenal Levitated Mass and Chris Burden‘s lamppost installation Urban Light (pictured above). Then there is the Getty legacy. Firstly, the Getty Villa, modeled after a first-century Roman country house, houses a collection of 44,000 Greek, Roman, and Etruscan antiquities. Secondly, the Getty Center, on a hilltop with its splendid gardens and views, has an impressive collection of photography, paintings and sculptures from the 19th century onwards. 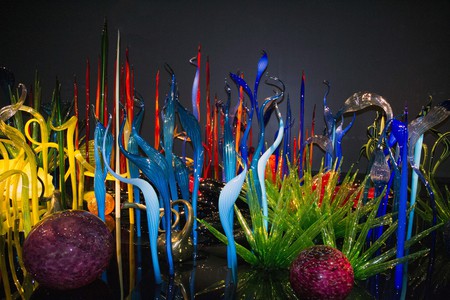 Seattle is more known for its outdoor pursuits, but in recent years the city has built a reputation for experimental art. The Olympic Sculpture Park’s nine acres have 15 permanent sculptures and rotating exhibitions, with stunning views of Puget Sound and the Olympic Mountains. Featured artists include Louise Bourgeois, Alexander Calder, Claes Oldenburg, Beverly Pepper, and Richard Serra. Don’t miss the Chihuly Garden and Glass to see one of the largest collections of works by Chihuly incorporated into a whimsical garden. The East Edge-Pioneer Square area has abundant galleries as well. Finally, Gallery4Culture features local artists, while the Design Commission Gallery displays prominent design artists from around the world. 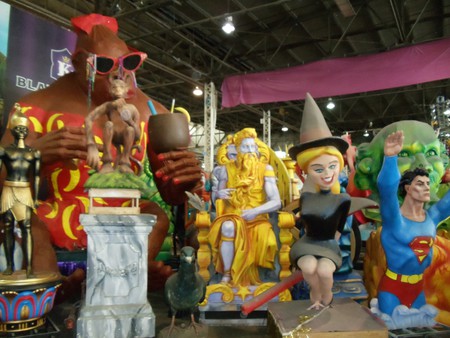 The culture options at New Orleans are as diverse as the city’s heritage and history. Explore the Ogden Museum of Southern Art and the Historic New Orleans Collection to gain a better understanding of local history. But also, check out the WWII Museum, considered to be the US’ most important museum devoted to the war. For a more lighthearted afternoon, you can visit the Southern Food & Beverage Museum, which celebrates Southern food and drink with plenty of delicious events. And if you’ve never had the chance to party at the Mardi Gras, visit Mardi Gras World for a behind-the-scenes look at the construction of the floats.

Atlanta is the place for performing arts, whether it is dance, theater or comedy, alongside the resident opera, music, ballet and theater companies. But visual arts also have a home in the city. Continue the Renzo Piano theme by visiting the splendid High Museum of Art he designed together with Richard Meier, and whose collection spans everything from medieval Italian painters to local artists. For something more edgy, head to the Krog Street Tunnel for some serious street art.

Asheville has a long history as an art hub, thanks to George Vanderbilt who employed many artists to decorate his estate. With the surrounding Blue Ridge Mountains, it wasn’t difficult to attract artists to the area. Today, Asheville has a large cluster of galleries and studios. The Folk Art Center has fine displays of traditional Appalachian crafts including pottery, wood carvings and baskets. Check out the River Arts District with its 165 artist studios in turn-of-the-century industrial buildings. Don’t miss the Downtown Art District, which is home to diverse galleries featuring glass, photography, and metalwork.

No list would be complete without New York, the premier art city in the country. The big three are the Metropolitan Museum of Art, one of the largest and most impressive collections in the world with the full gamut ranging from antiquities to Picasso; MoMa and the Guggenheim, whose impressive Frank Gehry building is a draw in itself. Away from the institutions, Brooklyn has a cutting-edge scene. Head to gallery collectives BogArt, the Stable Building or Pioneer Works, all converted industrial buildings. The local street art is in constant flux. Explore Troutman Street, Moore Street and India Street Pier for the highest concentration.