Up And Coming American Chefs To Watch

A new wave of young chefs is bringing innovation, creativity, and zeal, with an eye to redefine food and restaurants. These chefs come from a variety of backgrounds and training, bringing a host of new experiences, experiments, and flavors to the scene. We take a peek at 10 up and coming chefs in the USA; be sure to keep an eye out, because these talented food lovers are rising quickly. 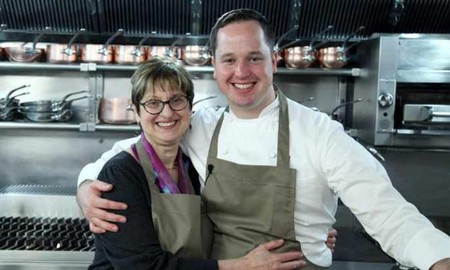 Bryce Shuman’s upbringing incited a curiosity and appreciation for diverse cultures and cuisines at an early age. Though he grew up in North Carolina, his family traveled extensively, often to remote areas of the world. After attending culinary school and working in Northern California, Shuman made his way east to New York. He worked in top kitchens and under the tutelage of respected chefs for a handful of years. Two years ago he started his own venture, Betony, in Midtown. The contemporary restaurant is stunning, with clean lines and a Modern American menu that is upscale without being inaccessible.

Jake Bickelhaupt was raised in Wisconsin before relocating to Chicago where he worked in a number of revered restaurants. During that time, Bickelhaupt began hosting intimate dinner parties, in which he and his wife would prepare fine dining meals for guests in their own home. The couple then took a leap of faith, opening 42 Grams. In what seems almost like a Cinderella story, Jake Bickelhaupt achieved an astonishing level of praise in a short amount of time: in just 10 months, it had received two Michelin stars. The restaurant is small, with only 18 seats, with the main focus on the kitchen area, so that guests can feel a part of the action. Bickelhaupt puts heart and soul into each of his dishes, describing his method as more emotional than technique-based. 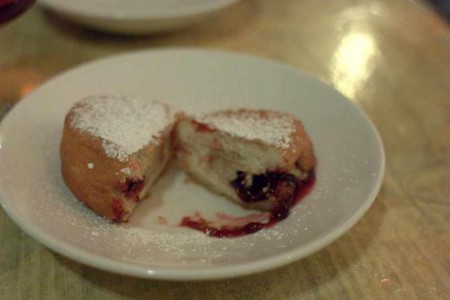 Amidst award winners and other up and coming chefs that are more in the fine dining market, Jonathan Brooks is filling a unique niche. His restaurant, Milktooth, a collaboration with his wife, is open only until 3pm and serves breakfast and coffee. The couple delivers hearty and thoughtful dishes, with a decidedly homely feel. But don’t think you’ll see diner classics on the menu. A morning porridge is made of black rice, and served with pistachios, asian pear, and hemp seeds, and a dutch baby pancake is served with salted lemon curd and berries. Milktooth is a dialed-up version of what you grew up eating. This young chef is certainly going places, so it’s a good thing he’s starting out with a healthy breakfast.

Justin Warner is the bad boy chef, taking the restaurant industry by storm right now. He is passionate about food and innovation, and unapologetically pushes the boundaries. At the restaurant that he co-owns in Brooklyn, Do or Dine, Justin and his cohorts have created a space where anything goes. The chef is not formally trained, but has a refreshing way of seeing cuisine without boundaries or rules. Along with his work at Do or Dine, Justin was the winner of Food Network Star in 2012, and has been working on his first book, due out in the fall of 2015.

Katie Button, of award-winning restaurant, Curate, has an impressively brainy background, having received a Chemical and Biomolecular Engineering degree from Cornell University. After feeling the pull to cooking from working in restaurants, Katie left her beakers and microscopes behind to become a chef. Now, the scientist-turned-chef is the owner of two successful restaurants, Curate and Nightbell, in Asheville. She has an infectious smile and a bright outlook that show her love for cooking, and her promising future. 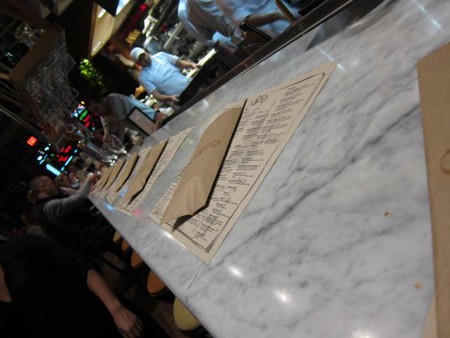 The bar at Button’s Curate | © fabulousfabs/Flickr

Being raised in California on the freshest produce available, this talented lady is bringing that same attention to source and quality to Washington DC. Marjorie Meek-Bradley is the executive chef for Ripple and Roofers Union, where both restaurants’ menus are seasonally driven. Ripple is considered more fine dining, while Roofers Union is a more relaxed, casual atmosphere. In both restaurants, Meek-Bradley uses locally sourced, sustainable ingredients, grass fed meats, and organic produce. Her cuisine is American, with playful German, Italian, and French influence. The young chef is already garnering impressive accolades after only being in the Washington restaurant scene for a handful of years.

Ori Menashi was born in Los Angeles, but spent a large portion of his adolescent years in Israel, and traveling with his family. He was exposed to fine dining and different cultures, which sparked his interest in cooking. After returning to Southern California, Menashi worked in a number of restaurants and catering companies. Now, he is the executive chef of his own establishment, Bestia, which he runs with his wife in Downtown LA. At Bestia, Menashi combines his training and travels to create on-point mediterranean cuisine. Locals can’t get enough of this restaurant, and reservations are recommended to ensure that you get a table. 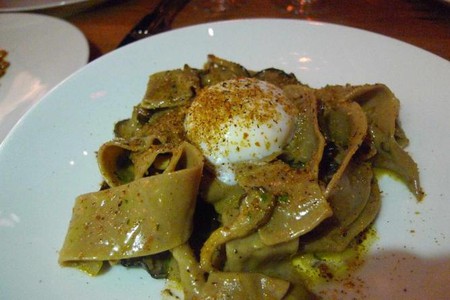 Sarah Rinkavage is the Chef de Cuisine at Lula Cafe. After completing culinary school in New York, Rikavage moved to Chicago and landed a job at Lula’s. Since then, she has moved through the ranks with enthusiasm, a charming attitude, and a determined work ethic. Her developing style seems deeply rooted in finding the freshest available, in-season ingredients, and playing with them to bring out their natural essence. We certainly look forward to seeing where Rinkavage goes from here.

Vinson Petrillo once competed in a popular tv food competition, and although judges were constantly impressed with his dishes, he seemed unsure of himself. Today, this chef seems to have grown into his role. This year he competed in another event, that sent him to the MIlan Expo for the final battle. When he isn’t jet-setting, Petrillo is heading the kitchen at Zero George Street, an estate in Charleston, South Carolina that is both a charming inn, and an award winning restaurant. There he utilizes classic technic, local ingredients, and creativity to bring original flavor combinations to Modern American cuisine. 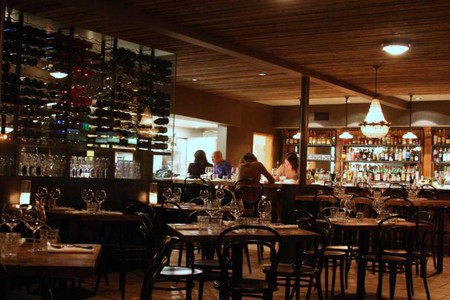 Zach Pollack didn’t start out with the intent of turning to a food-based career path. He was an architecture student from Southern California, studying in Florence, Italy, when he developed a deep love for Italian cuisine. He dropped his design plans, spent two years in Italy learning everything he could about the cuisine and culture there, then brought his new knowledge back home. Now, he is a co-owner of Sotto, a restaurant in Los Angeles, California that celebrates all things Italian. Last year he opened another venture, this time solo, in Los Angeles called Alimento. At this restaurant, Pollack relies heavily on Italian tradition, but re-imagines them in fresher, more modern ways.

With her her love for Mediterranean, and especially Greek, cuisine, Zoi Antonitsas has created something special at Westward in Seattle. The restaurant is inviting and warm, with an atmosphere that is unpretentious and friendly. It’s location on Lake Union offers stunning views of the Seattle skyline, and unique access to the water that makes it perfect for the seafood-heavy menu. Utilizing the waterfront location, Antonitsas crafted a space that is open, airy, and wonderfully Mediterranean. Her superb skills have been recognized with a number of prestigious awards, and most importantly, by her growing loyal fanbase in the Pacific Northwest.