The Most Unusual Food Crazes In The World

Food fads are constantly coming and going. Some are deservedly forgotten, and some remembered with a quizzical eye. Posh toast, brinner, the Israeli Army Diet, Spam, edible ash, and a drizzle of designer foam have all been, quite literally, the flavor of the month. Here are the most interesting and unusual food crazes… 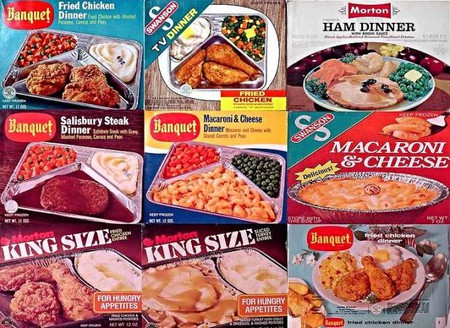 TV dinners sound ideal – they allowed 1960s America to settle down in front of their favorite new commodity, the television, and enjoy a meal. What makes the TV dinner craze slightly odd was that the process used to make the dinners robbed the food of flavor. Also strange was the fact they were inspired by famously insipid and often downright dreadful airline food. TV dinners were invented by Gerald Thomas of Swanson and Sons. An aluminum tray with compartments for meat, veg, and dessert, the TV dinner just had to be heated in the oven. In its first year of sales Swanson sold 5,000; in year two it was up to 10 million. 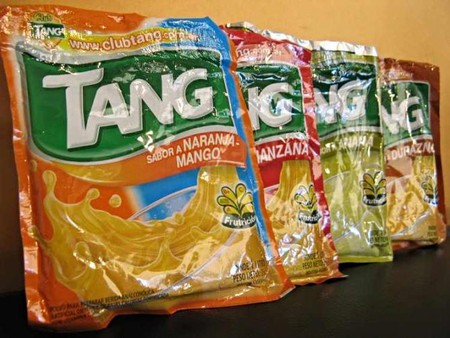 Tang was a powdered fruit drink that had to be mixed with water. It was one of the first food crazes to be inspired by the power of television advertising in 1960s America. Tang first came out in 1959 and became huge when it was used by NASA on the Mercury and Project Gemini space missions. The manufacturers latched onto the connection and marketed it as a futuristic astronaut food. You can watch the advert from 1966 by following the link here. These days, Tang is rarely seen in the USA, but sales are still strong in countries like Brazil, Mexico, and Argentina. Buzz Aldrin later admitted he had hated the stuff. 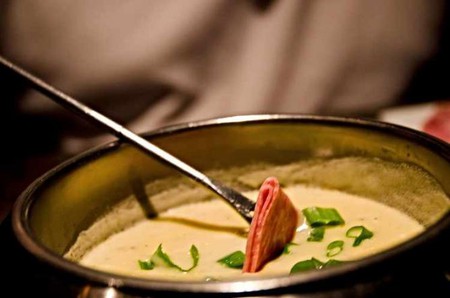 The fondue craze is as 70s as flared trousers, disco balls, and big hair. This traditional Swiss dish first hit the USA and UK in the late 60s and became the centerpiece of the fondue party craze. Most fondues are made with traditional cheese, but strawberries dipped in chocolate were another classic. Weirdly, the fondue party is seeing something of a revival at 70s-themed evenings. What’s slightly odd is why fondue ever took off in the first place, seeing as dipping half-eaten and nibbled bits of bread into a communal pot has been shown to become terribly unhygienic when people are tempted to double-dip. 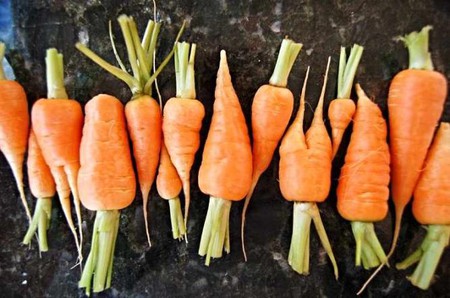 Miniature carrots, artichokes, corn, and cauliflowers were big in the 80s. If a restaurant wanted to show how sophisticated and fashionable it was, it started using baby vegetables. Nouvelle cuisine was the inspiration – the French culinary movement that moved away from classical, thick sauces towards more delicate, lighter flavors and more refined presentation on the plate. Plenty of large-scale producers cropped up soon after enabling baby vegetables to hit the supermarket shelves, even though they look like something Gulliver would have encountered in Lilliput. 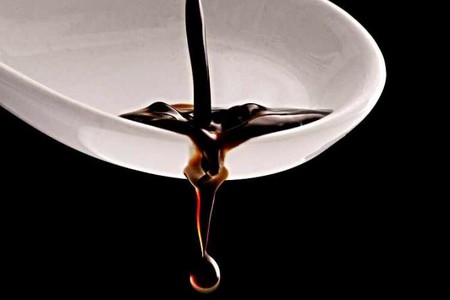 There was a time in the 1990s and early 2000s when dousing food in balsamic vinegar was the de rigueur thing to do. Balsamic glazes, balsamic reductions, bread served with oil and vinegar, balsamic drizzled over salads. The curious thing was that most of the balsamic vinegar we bought had little to do with the real stuff, made in Modena since 1046, that must be aged for at least 12 years. That traditional vinegar has protected status. Most of what we find in supermarkets is Balsamic Vinegar of Modena, which is, in fact, made with wine vinegar on the grand scale. 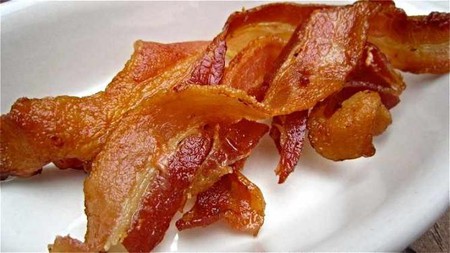 Yep, bacon. Bacon mania, the press call it. Baconalia. The cult of the hog. Back in the 80s when low-fat diets were all the rage, bacon fell right out of fashion. But today in Britain, and in America especially, bacon has almost religious status. You can find bacon-distilled vodka, bacon ice cream, bacon alarm clocks that waft the scent of cooking rashers at you, Baconnaise spread, and even bacon-flavored condoms and lubricant. There are clubs dedicated to the stuff and a bacon-based reality TV show set in Seattle. In the US in 2008 11 of every million babies born were given the name Bacon.

All manner of crazy diets could have been included on this list, but the Atkins Diet has to be one of the most counterintuitive and illogical of all time. Cut back on the carbs, and you’re free to go big on the protein and calories. So no cakes or cookies, but you can have plenty of steaks, fish, and eggs (and yes, even bacon) and still expect to lose weight. At its height in the early 2000s, one in 11 American adults were on the Atkins, with sales of pasta and doughnuts on the decline. The only problem was that people couldn’t go without indulging for too long – and Atkins Nutritionals ended up going bankrupt in 2005. 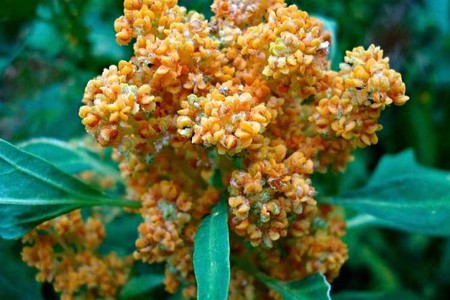 Quinoa was an obscure grain grown in South America known only to health food junkies until a few years ago. It’s now ubiquitous on store shelves and in restaurant dishes. The U.N. even declared 2013 as the Year of Quinoa. From 2006 to 2013, the price for quinoa more than tripled, as this fiber-rich, gluten-free, easy-to-prep grain gained mass popularity. A huge irony has arisen from the huge increase in popularity in quinoa. It has meant that among the communities in Peru, Ecuador, and Chile where it is grown and that once relied on quinoa as part of their staple diet are now no longer able to afford it. 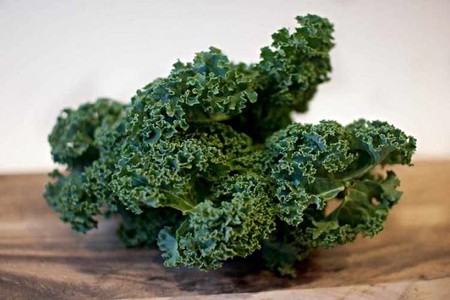 In many ways the kale craze isn’t mysterious at all. It’s hugely healthy, packed with vitamins, low in calories, mineral-rich, and full of antioxidants. So why did it take so long for kale to become so popular? Farm production in the USA rose by 60 percent between 2007 and 2012, and increased 47 percent on restaurant menus. There’s now a National Kale Day in America on October 1st, and celebrities like Gwyneth Paltrow line up to endorse the stuff. Its rise, in fact, is largely ascribable to the American Kale Association bringing in a leading PR firm at the end of the last decade to boost kale’s profile. 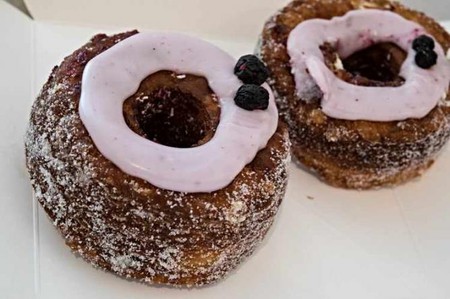 Take a doughnut and cross it with a croissant, and you have the Cronut, the creation of Dominque Ansel in his New York SoHo Bakery. Cronuts are a classic case of a food craze getting out of hand. Since being launched in May 2013, Ansel has taken out a registered trademark to protect against pirated versions. Cronuts sell for $5 each, with a limit of two Cronuts each at the bakery. The queues went round the block for months after the launch of the Cronut, with people coming from Kenya, Australia, Singapore, Brazil, and Germany just to get their hands on some. There were even Cronuts on sale on eBay going for upwards of $40 apiece. 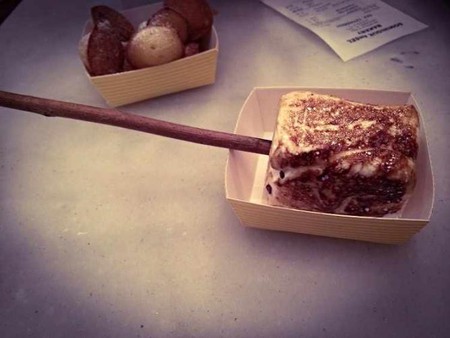 The Frozen S’More was the next creation to emerge from the SoHo Bakery after the Cronut, and it has sparked plenty of press interest. The S’More is an American campfire classic – a sandwich of crackers with a filling of chocolate and marshmallow. Only with the frozen version Dominique used ice-cream at the center and Turkish dondurma, a chewy type of ice cream in between the crackers, before torching the outside to caramelize it. The S’Mores are made to order and served up on a stick of willow that has been smoked to achieve the genuine campfire aroma.