The 11 Most Unusual Dangerous Sports 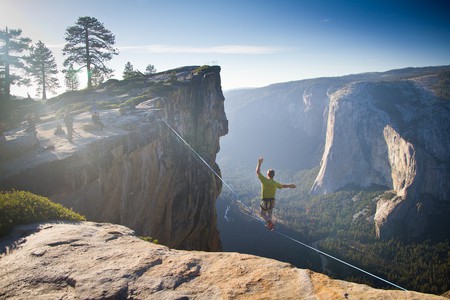 There are plenty of dangerous sports that people already know about, for example boxing, horse racing and rugby, but most people have not heard of the plethora of sporting activities which are even more perilous. We detail the most extreme of these below.

If you think sky diving is dangerous, imagine doing that from a shorter altitude – less time to pull up the parachute and a higher chance of doing some serious damage if something goes wrong. Last year alone, there were over 20 deaths from BASE jumping.

Surfing is obviously a popular sport and normally associated with high waves, but if it isn’t enough to get the adrenaline going, there is also the option of volcano surfing, also known as volcano boarding. Adding volcanoes into the proceedings means factoring in poisonous gases or any molten lava that could be flying out – assuming the volcano is active, of course.

Although one of the tamer sports on the list, your surroundings can mean the danger gets ramped up. When it becomes a stunt, it can have serious consequences, as Samuel Koch found out in 2010. He attempted to jump over five moving cars live on television. He couldn’t clear one of them and the impact from the car left him paralysed after suffering from major injuries.

Slacklining – the attempt to walk across a rope from one end to the other – is the perfect test of balance and concentration. When you put this rope between two cliffs, you are now highlining and putting yourself in significantly more danger. Some brave – or foolish – souls out there are willing to do this without any harness attached to the rope.

Speaking of no harness, that is exactly what free solo climbing is all about. No harness and nobody to help. Climbing with nothing but your bare hands and some chalk for extra grip. Lose your grip and there’s no coming back. Unfortunately, the sport has been responsible for a number of deaths, including the likes of John Bachar, Michael Ybarra and George Gardner.

Similar to bungee jumping, canyon swinging involves swinging like a pendulum, rather than bouncing up and down. The biggest dangers encountered here are the sheer height, the difficulty controlling the swing and the fairly unforgiving cliff faces nearby.

Freediving is another sport performed without any apparatus, it is essentially scuba diving without the scuba. After taking only one breath, divers go as deep underwater as they can. The dangers here are overestimating how deep you can go and how long you can hold your breath. If you can’t reach the surface again in time there is the possibility of a shallow-water blackout. Nicholas Mevoli died in 2013 after a freediving competition off Long Island in the Bahamas. He lost consciousness after rising to the surface; the resuscitation efforts were sadly unsuccessful.

Similarly to powerbocking, freerunning – or parkour – is mainly dangerous when performed in particular scenarios. If you’ve decided to release your inner Spider-Man and jump between buildings, then things can get very serious. The sport has been tied to train-surfing – a stunt where people jump on and off train carriages. British freerunner Nye Frankie Newman was killed in an incident involving two train carriages earlier this year, but his parkour group denied the 17-year-old had been train-surfing.

Cliff jumping probably looks like a lot of fun for young people, but can be extremely dangerous. The biggest danger is hitting the water at a high speed and causing injury due to the surface tension. In addition, if the water is not deep enough, or if there is an object underneath you can’t see, there could be serious consequences. Lastly, there is the risk of drowning if you get injured after hitting the water. John Hodges died in 2006 after cliff jumping from 70 ft. (21m); it is believed he hit his head on a rock beneath the water.

Far more dangerous than scuba diving, cave diving involves the sheer darkness of the caves, greater depth underwater and the fact that the cave ceilings mean that it’s not easy to rise to the surface in an emergency. Cave divers have been given specific training in order to be prepared for this kind of environment because it’s not something to be taken lightly. Two experienced divers, Patrick Peacock and Chris Rittenmeyer, died after trying to explore the Eagle’s Nest in Florida last year – a particular area known as the Mount Everest for cave divers.

Ice climbing, as the name suggests, involves ascending up iced cliffs, glaciers or similar formations. The main dangers with this activity are the possibility of falling, ice collapsing on the climber or not being prepared well enough for the cold conditions. Hari Berger, who was an experienced ice climber, died in 2006 after 150 tons (136,078kg) of ice fell on him during a climb near Hintersee Flachachau in Austria.