The 10 Most Festive Destinations To Celebrate Christmas In The US 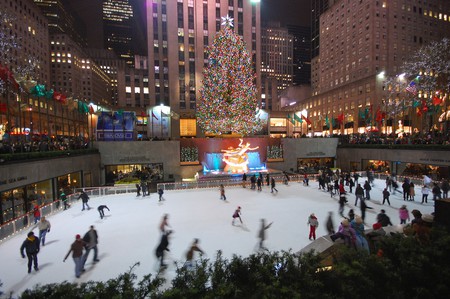 With such diverse history, landscapes, and cultures, there are plenty of places in the United States to enjoy Christmas, each with traditions of their own. Whether visitors are looking for a snow-filled festive season, or want to escape the cold for a beach holiday, the US has much to offer. Check out our guide to the most festive places in the US. 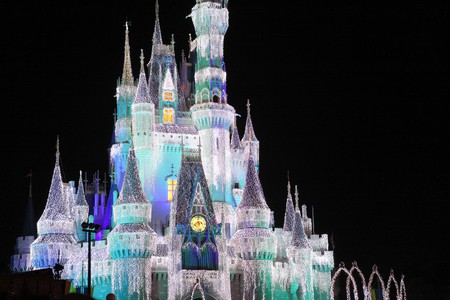 Ideal for a family Christmas, Disney World offers plenty of things to do during the festive season. Beginning in early November and continuing through early January, Disney World’s Christmas calendar includes events and attractions such as candlelight choirs, fireworks shows, Christmas parades, and (of course) amazing decorations throughout the park. Finding somewhere to eat on Christmas day is not a problem, with a wealth of restaurants offering Christmas menus. Given that Florida isn’t known for its cold and snowy weather, fake snow is a key feature to help guests get into the Christmas spirit. 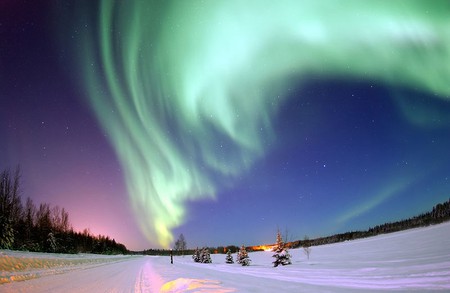 The closest place in the US that visitors can get to the North Pole is Alaska. Cold weather and snow are an absolute certainty, and the Christmas season also happens to be a great time of the year to catch a sight of the Northern Lights in the area. Due to the state’s naturally Christmassy environment, children from across the US even send their letters to Santa to a place called Santa Claus House, a real location near Fairbanks, which in turn sends out replies to the kids. For an authentic North Pole experience, however cold and snowy, Alaska is the place to visit.

Probably the USA’s favorite Christmas destination, New York is full of beautiful seasonal decorations, the highlight of which is the enormous tree outside Rockefeller Center. In addition to ice-skating on the plaza, visitors marvel at the tree, which can be up to 100 feet in height and is decked out with around 30,000 lights. The city’s famous shopping complexes offer wonderful Christmas experiences and window displays, such as Macy’s and Saks Fifth Avenue, or the toy store, FAO Schwartz. During the Christmas season, several Broadway theaters put on special Christmas shows, while an evening walk through Central Park and its sparkling lights is something to do for free.

If the Christmas season is just too cold for some, spending part of the holidays in Florida offers sunshine and beach weather, rather than wind and snow. Key West is a popular destination, as it has a more laid-back vibe than many of the other tourist hotspots in the state. While the city embraces Christmas traditions such as light shows, Christmas trees, and visits from Santa, it offers twists such as Christmas parties on the beach, or palm trees adorned with decorations, rather than the classic spruce. 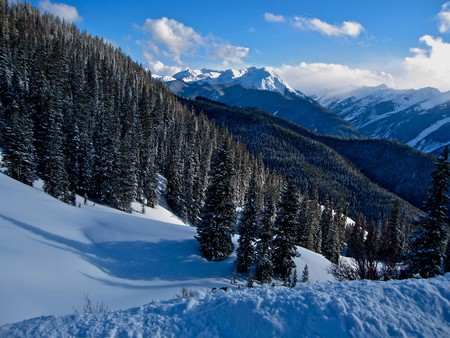 For an assuredly snowy Christmas, the ski resorts around the mountains in Colorado will give snow-seekers what they’re looking for. Ski resorts such as Aspen or Beaver Creek, or mountain towns such as Durango, offer plenty of Christmas experiences. Durango features its own Polar Express train, while Estes Park, the ‘gateway’ to the Rocky Mountain National Park, is a small town which sparkles during the holiday season with beautiful Christmas lights.

This lesser-known destination offers visitors an alternative kind of Christmas. Taos is home to a mixture of cultures, especially Native American and Hispanic, which means there are many events or attractions unfamiliar to many visitors. The town’s Christmas light event takes places in early December, and it involves bonfires, a visit from Santa Claus, local businesses offering festive food and drink, and other entertainment. Just before Christmas, the Hispanic tradition of Las Posadas takes place, which involves a candlelight procession, a midnight mass, and other traditions. For new Christmas experiences in a small-town atmosphere, Taos is a lovely place to visit for the holidays. 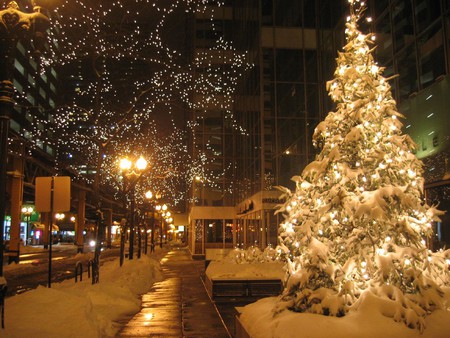 A white Christmas is pretty much guaranteed in Chicago, which is perfect for the festive events and attractions typical of the season. The Magnificent Mile features a host of Christmas lights and decorative displays, and the lighting event includes music, fireworks, and a fun parade. The city is also home to the Christkindlmarkt, a German Christmas market selling traditional hand-crafted decorations and gifts, and hearty German food and drink (especially mulled wine). There’s also a Christmas theme park on the Navy Pier, which includes a popular ice-skating rink. 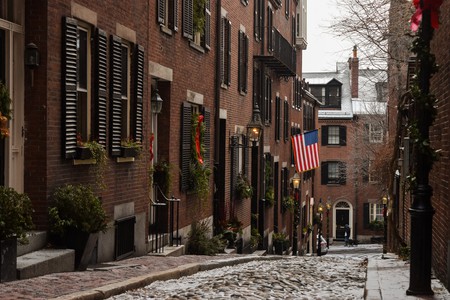 The Park at Night | Ⓒ icelight/Flickr

Boston is one of the USA’s most historic towns, with plenty of Christmas traditions to show for it. The architecture of the city is picturesque by itself and is enhanced by tasteful lights and decorations. Around 2,800 traditional gas lamps light up the city, and a huge Christmas tree is put up outside Faneuil Hall. Boston Common is home to an ice-skating rink, and a variety of special performances at Boson’s theaters and concert halls also embrace the Christmas spirit. Boston’s Catholic tradition also means that there a plenty of Christmas and midnight mass services in the lead-up to Christmas day.

For Caribbean weather during the winter, Puerto Rico is a beautiful alternative Christmas destination. As it is an island, it has developed its own traditions away from the influence of the mainland, and also takes on its Hispanic influences. Puerto Rican traditions include traditional Christmas carols, church services and events, and foods such as pasteles (mashed green plantains wrapped in a special dough), sweet rice, or coquitos (a drink made from rum and coconut milk). Given the island’s Hispanic roots, the Christmas season continues into January until Día de los Reyes on the 6th. Puerto Rico is a great option for those looking for an alternative Christmas experience, and away from the cold weather. 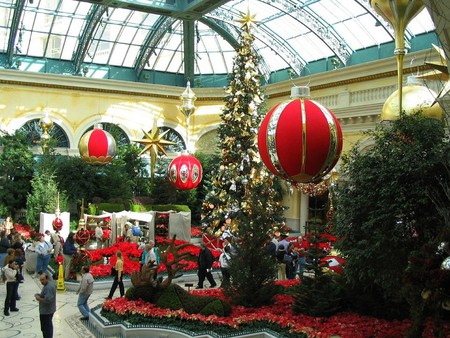 For a truly glamorous and over-the-top Christmas, Las Vegas is home to an unbelievable number of elaborately decorated trees, window displays, festive restaurants, and (of course) Christmas events held within the Las Vegas Strip’s hotels. Visitors can have a sophisticated Christmas at the Bellagio, a Parisian experience at Paris Las Vegas, or they can stroll around the colonnades adorned with lights at Caesar’s Palace. The shopping in Las Vegas is world-renowned, and visitors can buy some last-minute gifts with their winnings from one of the many casinos. Additionally, while the rest of the country shuts down on 25th December, everything on the Strip remains open, so visitors need not stay holed up in their hotel rooms.
By Bethany Currie